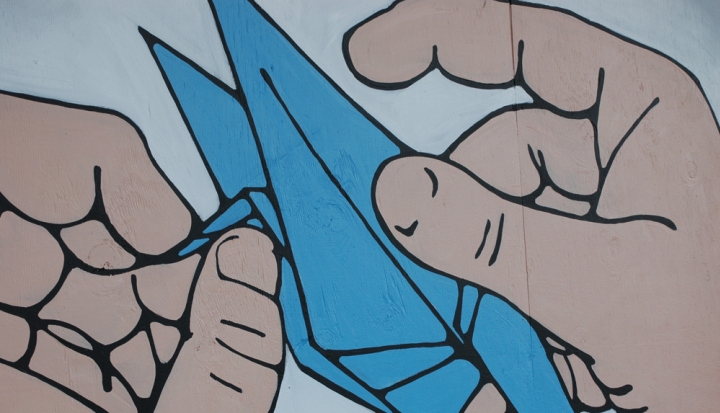 My good friend John von Heyking published a marvelous book in 2016, The Form of Politics: Aristotle and Plato on Friendship (McGill-Queen’s University Press). The book argues for something important: We should recover a sense that politics is not about a partisan competition or any effort to win by defeating somebody else. Politics is friendship—and really the highest form of friendship. Politics is the sort of friendship that builds our communities. It is the means by which we discover and seek the common good together. For real politics to be possible, we have to see one another as friends.

We want to be precise about that word friends. We all know that there are many kinds of friendship. We have close, lifelong friends. We also have friends who are the neighbors we wave to, the people we know through work, the cashier at the local store, and a wide range of other casual acquaintances. It is not necessary to see every friend as someone who is close or whom we know intimately. But in the most ordinary sense, when we say friend we mean someone from whom we anticipate goodwill and toward whom we wish no harm.

This is closer to the sort of friendship we are talking about in politics. Citizenship needs to be based on that feeling of kinship with others. There must come a point where our disagreements pause while we recognize what we share in common. Even if our fellow citizens are not our closest or most intimate friends, our friendship with them is higher than any other because that kind of civility makes our civilization possible. Such friendship enables us to live together in peace and build something through a common effort, even over our disagreements.

Von Heyking’s book contains a lot of wisdom, but one particularly wonderful line stays with me, because it points to the true problem that haunts our politics today. He writes, “The purpose of politics is peace, and the regime that does not know what to do with peace will necessarily be warlike.” In other words, the deepest problem with our politics only appears to be its warlike polarization and its never-ending conflict. In fact, our ongoing, divisive arguments are only a symptom of the deeper, truer problem: We do not know what to do with peace. We do not know how to practice politics. We do not know how to see one another as friends.

Von Heyking’s insight arrives in a book about Plato and Aristotle and about an ancient Greek world where theater and poetry were an important part of a close-knit, free civic community. The science of history began in that Greek world with Thucydides, who sought to understand why his city went to war with another city. Those Greeks did go to war, of course. But they also knew what to do with peace. War and conflict were not, as von Heyking says, “necessary” for them. They knew that the arts and what we call the humanities build up our human kinship and make us friends. They practiced a healthy, participatory politics in a strong community.

Americans were once able to do that, too. We were never perfect, any more than the Greeks were. But at one time we had the knack of political friendship. It was more possible for disagreements to end at the water’s edge. Patriotism once bound us all together. Now, patriotic expressions like waving the flag place us on one side of a political argument, and too many Americans feel as if their worst enemies are not abroad but here at home. I have a theory about what has happened.

Greek civilization collapsed after a generations-long conflict, the Peloponnesian War. Something similar has happened to us since the Cold War. Not only did war and conflict become a too-easily indulged habit of mind during those years, but something else happened too.

After the Soviet Union launched the first artificial satellite into orbit around the Earth in 1957, the United States embarked on a massive effort to improve and emphasize education in math, science, and engineering as though our lives depended on them (as, arguably, they did). As the 1980s found us winning an arms race, a new theory emerged about how we would win the Cold War: Our markets would generate such wealth that the Soviets could never compete. The Cold War ended and the STEM disciplines (science, technology, engineering, mathematics) and professional degree programs (business, education, nursing) ascended to dominate university curricula.

Now, three decades later, the costs are coming into focus. The University of Wisconsin-Stevens Point nearly abandoned its liberal arts majors, and Wheeling Jesuit University let its liberal arts faculty go. Those are just the more attention-getting, extreme examples of a too-depressing trend that finds colleges and universities hollowing out their liberal arts curricula to satisfy student and parent demand for STEM and professional degrees.

Barack Obama only half-joked in 2014 that an art history degree will lead nowhere because it won’t lead to a job. We have lost our interest in the humanities, and with it we have lost the capacity we once had for empathy and friendship.

We are who we are. Where we were born, who we were born as, how we were raised. We are kind of stuck inside that person, and the purpose of civilization and growth is to be able to reach out and empathize a little bit with other people, find out what makes them tick, what they care about. For me, the movies are like a machine that generates empathy.

What Ebert said about film is also true about music, painting, drama, poetry, or any other art form. Indeed, we can extend Ebert’s idea to encompass any of the humanities—history, theology, philosophy, and all the others share the same goal. These humanities explore our humanity. They teach us not only about ourselves but also about one another, overcoming incidental differences of gender, class, race, or whatever. The arts and the humanities, in this way, teach us how to be friends. They nourish our free, self-governing society. They are practices of the peace that makes political society possible.

It is true that art history does not always lead to a job. It does something quite different. It cultivates an appreciation for beauty and empathy for other people. It makes us better citizens, because it teaches us how to see the world through someone else’s eyes. It teaches us how to be friends. We have become so captive to the progress made possible by STEM and growing markets that we have forgotten what it is all for, what all that material progress supports. For everything else that STEM and the professions give us, for all the ways they make our world safer, more convenient, and more efficient, they still only create the material conditions for living. Life itself demands more. So does a politics built on more than division and conflict.

The arts and the humanities will not make us perfect. That would be a bit much to hope for. Still, their increasing absence from our lives is taking a toll. We see that toll at work in the too-casual way we become confined inside our own familiar worlds, forgetting that we live among friends with whom we must practice peace in order to live together.