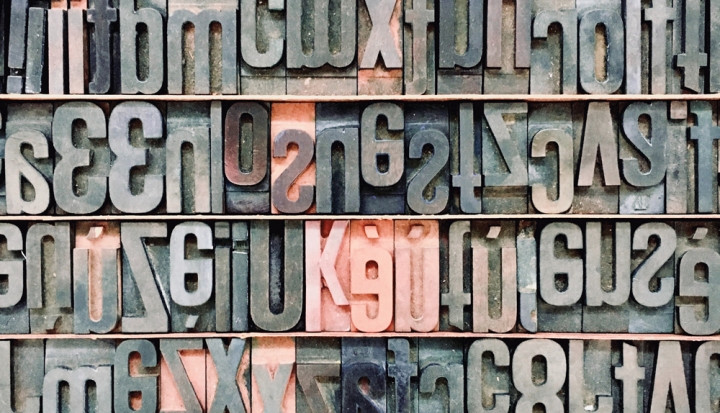 Penda’s Fen, my favorite of a subgenre of made-for-TV British pastoral horror films that includes Robin Redbreast and Whistle and I’ll Come to You, originally aired in 1974. Time Out named it a classic for its exploration of “personal, social, sexual, psychic and metaphysical fault lines.” It’s really a coming-of-age tale in which the teenaged protagonist experiences a series of disturbing visions that culminate in a rebirth as his authentic self. It’s one of the most theologically rich movies I’ve ever seen.

In one scene the boy, Stephen, encounters a road sign for his home village of Pinvin, misspelled Pinfin. He seems unnecessarily perplexed, even disturbed, by the misspelling. I read the moment as one of cognitive dissonance: Maybe the terrain he thought he knew so well is not what he thought at all. In fact the sign’s spelling is closer to correct. Pinvin was once known as Penda’s Fen, a marshland named for the last pagan king of Britain, who died in 655 C.E.

This nod to the power of language to express and even conjure a person or a place’s true identity reminds me of the work of another Brit, Robert Macfarlane, a writer fascinated by the “mutual relations of place, language and spirit.” Macfarlane’s children’s book, The Lost Words: A Spell Book (Hamish Hamilton), became a phenomenon upon publication, sweeping awards and top ten lists in 2018. In it, he creates acrostics from words that are disappearing from our children’s vocabularies—words that were recently dropped from the Oxford Junior Dictionary because of disuse. The words are not exactly exotic (dandelion, bramble, acorn, lark), but their loss points to many children’s further disconnection from the natural world—from reality—while additions like broadband point to our further immersion in the simulacrum.

Macfarlane calls this “a spell book” because the acrostics, meant to be read aloud, serve to conjure the image, sound, and spirit of creatures, places, and things that are disappearing not just from our dictionaries but from our experience and memory as well. Intone the “Magpie Manifesto” and the bickering, snickering bird stands before you in the mind’s eye whether or not you recall ever having seen one in the flesh. The word conjures the reality.

In a time when many Christians are bemoaning the disenchantment of the secular age—the supplanting of the religious sensibility with the rational—Macfarlane has set about the task of re-enchantment. His book Landmarks (Penguin), written for adults, assembles glossaries of disappearing place terms into a different sort of poetic grimoire.

Down this rabbit hole with Macfarlane and fictional works of British pastoral horror, I began to notice in suburban America how distant our place names are from their original meanings. I live on a Meadow Drive with nary a meadow in sight, though I do have a great view of the high school football field. My neighborhood is the oldest in my small town; the new developments are the bigger sinners. My sister lives in a Fox Ridge with neither ridges nor foxes. The “Bluffs” near your house likely aren’t bluffs at all but a grid of identical suburban streets you might find anywhere in America.

The names have lost their truth, their meaning, which stem not only from particularity, use, and need but also from love. “Without a name made in our mouths, an animal or a place struggles to find purchase in our minds or our hearts,” writes Tim Dee, quoted in Landmarks. When Adam named the animals in Genesis perhaps this wasn’t an example of separation and dominion but of the deep symbiosis that only comes from real knowledge and love.

I think of the care I gave to naming my children and what their names have come to mean to them. When my son, Alexander, feels afraid, he takes courage in remembering he is called “the defender of men.” When we moved to yet another new house in a nondescript small town, we jokingly called it Grey Havens, and this unremarkable Cape Cod with gray walls suddenly began to take on the restful nature of the final destination of J.R.R. Tolkien’s elves. In one of my favorite movies, The Neverending Story, Sebastian names the child queen—and in naming her heals both her world and his own grief.

Macfarlane might call these examples of enlivenment, the capacity of words to animate what they name, to help us imagine, without pictures, that which otherwise would be unknown or forgotten. “The vitality of language lies in its ability to limn the actual, imagined and possible lives of its speakers, readers, writers,” said Toni Morrison in her acceptance speech for the Nobel Prize for Literature. “Language can never live up to life once and for all. Nor should it. Language can never ‘pin down’ slavery, genocide, war. Nor should it yearn for the arrogance to be able to do so. Its force, its felicity is in its reach toward the ineffable.”

Morrison said that language “arcs toward the place where meaning may lie,” but life also arcs toward language. This is beautifully explored in the movie Arrival, when a linguist’s apprehension of an alien language shapes her own experience of time. But it is terrifying when language lies, oppresses, steals, and erases—and life distorts in kind.

If language is, as Morrison said, “the measure of our lives,” if it is the “human difference” that distinguishes us from other animals in the Garden of Eden, what do the words we use now say about who we really are and who we are becoming?