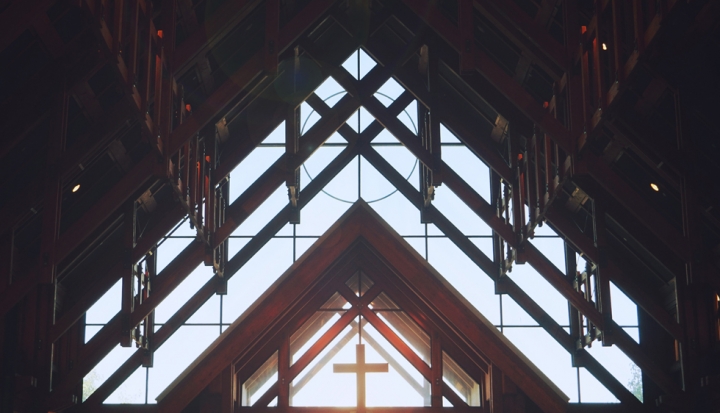 Just as our word “politics” really conveys a richness far greater than the partisan bickering we associate with it, the word “imagination” describes more than mere make-believe. Indeed, imagination should be taken to mean the most real and most present things all around us.

Loyola University Chicago’s Hank Center for the Catholic Intellectual Heritage will host a three-day conference on the Catholic imagination on September 19-21. Novelists and poets, scholars and playwrights, filmmakers and musicians will gather to try to describe what words cannot describe about how we try to describe things that are felt and real, but indescribable. And, that only begins to evoke what we mean when we discuss imagination in this sense.Sociologists speak in terms of cultural imaginaries, the values and symbols that members of social groups all recognize as theirs. The Catholic philosopher Charles Taylor describes imaginaries as “the way people imagine their social existence,” and we Catholics can credit David Tracy with cementing the firm place of imagination in theology. What these treatments of imagination all share in common is the sense that we construct our identities and our communities out of common cultural awarenesses. A non-Christian might urge us to turn the other cheek, and people who have not read a word of Shakespeare since high school still might say, “That which we call a rose by any other word would smell as sweet.”  Few of us could not conjure what is meant by a Mona Lisa smile. Yet even these examples really do not capture how our imaginations, and what we populate them with, shape our consciousnesses and our lives.

Trouble comes when we are not careful about how we populate our imaginations. I was thinking about this recently when Pope Francis complained about “spiritual tourism” at one of his weekly Wednesday audiences. He meant those “who are always passing by but never enter the Church” and described how they “believe they are Christians but instead are only tourists of catacombs.” Pope Francis went on—”A life based only on profiting and taking advantage of situations to the detriment of others inevitably causes inner death….And how many people say they are close to the Church, friends of priests and bishops yet only seek their own interests. These are the hypocrisies that destroy the Church.”

These harsh-sounding words describe what a worldly Christianity looks like, a Christianity constructed out of the wrong imaginary. If we are honest, most of our lives are spent in imaginaries that have nothing to do with our faith. In fact, most of the more typically American imaginaries are frankly hostile to the demands that the Gospel makes on us. Think of the most typical messages we receive all around us every day (even sometimes in subtle ways from the church).

Prejudices about race or citizenship, enforcing borders that tell us who belongs where, have little to do with the Bible’s account of Creation that makes us all sisters and brothers. The individualism all around us bears little resemblance to koinonia, the rich sense of an interdependent community, as it was described in the Acts of the Apostles. Of course, our ever-present preoccupation with money and “getting ahead” encourages a sort of worldliness that has nothing to do with the teachings of Jesus (Mt. 6:19-21). As Pope Benedict XVI reminded us, our obsession with wealth reduces life “to the mere accumulation of wealth; humanity thus loses the courage to be at the service of higher goods.” The reminder always is timely. We are surrounded by alluring and dangerous imaginaries that corrupt our growth in faith.

Yet, as I say, sometimes even the church is guilty of sending the wrong message. The building of ethnic parishes in many American cities created safe places for generations of new immigrants, but those parishes over time also encouraged and deepened a sense of the barriers that separate us from each other. Our Catholic communities too often are more hierarchical than communitarian. And we know quite well that the church depends on money to do its work as much as anyone else in the world, a fact that can muffle the church’s devotion to the poor in favor of the wealthy contributors who support charitable work.

Poet Paul Mariani says, “If we are what we eat, then how much more are we what we read, watch, or listen to.” No one is exempted. The church, as much as any of us, needs what the arts can give us to challenge and re-frame our imaginaries. And, though much of what we get from the church is good, there always is a danger of enclosing ourselves so much inside the church that we forget to look for God in the world around us.

Our Catholic imaginations can be nourished in surprising places. Even the films of Alfred Hitchcock or the music of Bruce Springsteen bear trace images of those artists’ Catholic faith. The Catholic imaginary is so powerful once we inhabit it, even lapsed Catholics still live in it. When our faith is informed by living in a Catholic cultural imaginary, we can see God at work in those places, even where those artists themselves might be surprised by it.

The Loyola conference this month is a chance to pause and reflect on what we consume and how we consume it to construct our imaginaries. But even if you can’t make it to Loyola, nourishment for your Catholic imagination can be found in many places. Once you begin to live in that Catholic imaginary, you’ll begin to notice it it “Out in the Street” or gazing out at your neighbors through a Rear Window.