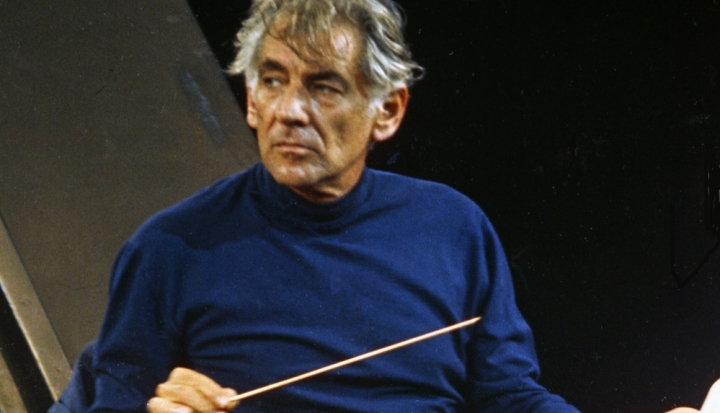 It is not easy to summarize Leonard Bernstein’s Mass. Commissioned by Jacqueline Kennedy and premiered as part of The Kennedy Center’s opening in 1971, it succeeds to be a liturgical composition much like Bach’s Mass in B Minor or Beethoven’s Missa Solemnis, but also something else.

Of course it is a liturgy. It also is a drama, and a dance, and a challenge to how we think about praise and the community of believers. Most of all, it is a document of a moment in Roman Catholic history when the fervor of Vatican II’s embrace of the world coincided with a kind of American Catholic confidence that could be expressed with no word better than “Kennedy.” Really, Mass only could have emerged from that particular time and place, one where even a bisexual and Jewish composer could feel drawn to the Roman Catholic Mass by the sheer cultural power of Catholicism in that moment.

Mass had a much-hailed run of performances under Marin Alsop’s baton here in Chicago last year, in the aftermath of the McCarrick allegations and a month before the release of the Pennsylvania grand jury report. As bold as it may have seemed to stage Mass under those circumstances, it had been scheduled long before all hell broke loose. Mass returned again last month with Maestro Alsop and almost its same full cast of 200 performers for another engagement at Chicago’s Ravinia Festival. This time, when Mass’s Celebrant took the stage in his clerical collar to “Sing God a Simple Song,” it was impossible not to think about all that has happened, all we have learned in the last year, all that has happened in the church. What would this Mass say to us now?

Bernstein’s composition and the liturgical structure do not change, of course. Yet, to see Mass in 2019 is to experience the joys and the hopes, the griefs and the anxieties of women and men in this age in a heightened, almost visceral way.

“Gloria Tibi” finds the Celebrant dancing playfully with a group of children, a spectacle that no longer conjures the same innocence it might have brought to mind twenty years ago. A bit later, Mass calls for letters reflecting the troubles in our times to be read by the street chorus. We hear about the Trump Administration’s monstrous child separation policy, and then also about the latter-day pharaohs who use “hate, fear and lies to separate us from each other and from the ideals for which our country has come to stand.” The Celebrant sings in reply to the letters—

O you people of power, your hour is now. You may plan to rule forever, but you never do somehow!

So we wait in silent treason until reason is restored, and we wait for the season of the Word of the Lord.

We await the season of the Word of the Lord.

—and our 2019 audience responds with spontaneous cheers and applause. Mass provoked real liturgical action that night in Chicago, a people shouting their praises and lamentations together, in a way most Masses do not.

The climactic moment of Mass comes, appropriately, at the consecration when the Celebrant, broken by the doubts and lost faith all around him, profanes the altar and strips off his vestments. He sings, “How Easily Things Get Broken.”

Startling grace charges the last moments of Mass. Dancers undulate and writhe. Seemingly fallen into madness, the Celebrant moans. The chorus chants, “clamavi ad te, Domine ad Dominum.” Suddenly, a flute figure intrudes to play over the tumult and the clamor is shattered by a lone altar server singing—“Lauda, laude…Laudate Deum.” The Holy Spirit descends, and right order is restored.

Still we all have experienced what has happened. We have seen sin, heard doubt, descended to the dead, and risen to find new life. Now almost fifty years old, Mass still has an immediate and raw power to move us, perhaps especially now.

And yet, Mass debuted to generally poor reviews from classical music critics in 1971. Reading those criticisms now, they may have been fair (though I’m not qualified to say). But, they also miss the point. For the believer, Mass cannot be viewed only through a musical lens because, despite not being a Christian, Bernstein has achieved something greater than the sum of the musical parts.

In Mass we watch a jubilant worshipping assembly become fractured by its doubts and its anger, challenging the Celebrant until he can take no more. In this drama we find the fundamental struggle for faith as old as the Israelite relationship to the God of Abraham and as fresh as the latest crimes we have learned about in the church. A flawed people is in dialogue with their Creator. Their mediator, or prophet, or Celebrant does his best, yet falls prey to his own human frailty and imperfection. Finally, only the improbable intrusion of grace can restore Creation. As much this is what every Mass is, it also is what is achieved in Mass. I hope it will not seem sacrilegious of me to say so, but perhaps we even can say that Bernstein’s artistic liberties heighten Mass to achieve something our Sunday mornings really cannot.

I suspect St. John Paul II understood that. We know Mass intrigued him because he requested a special performance in 2000. A playwright, actor, and a thoughtful observer of culture, John Paul knew that, “Even beyond its typically religious expressions, true art has a close affinity with the world of faith.” Art that moves us cannot be far from the Gospel. Inevitably, art reflects the deepest truth of what we believe or it is not art.

In these times, especially for how its honesty about how doubt and sin mingle with the sacred, Mass tells us something true about our church and ourselves. We should not be afraid to hear it.