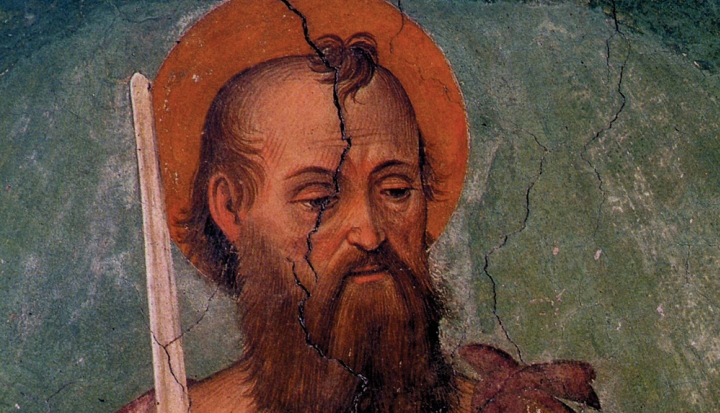 People become writers for all sorts of reasons. A natural reticence in the presence of others, for example. Some of us may be halting of speech or think slowly and need more time to process an idea than the average conversation can support. A few may value precision in language so highly that to risk a clumsy word choice is intolerable. And of course some prefer the anonymity of the written word, because their ideas are too dangerous to personally own up to.

Only coincidentally can any of these folks claim a gift for creative and engaging composition. Such artists are rare. Most writers are driven to writing because of some social infirmity.

I’m a writer for at least some of the reasons above. The one role I never imagined for myself was that of a public speaker. Yet what most writers discover sooner or later is that if you choose to write you can’t hide behind the page. If you’re palatable enough to gain a readership, eventually you’re obliged to reveal yourself and own your words in front of an audience.

After a quarter-century of appearing solely in print, I now inhabit the more precarious territory of writers who speak. Unlike speakers who may coincidentally also write, writers who speak have to learn a second language: the spoken word.

The way most people talk is very different from the way we write out even the simplest thank you note, sympathy card, or diary entry. What is it about writing down a thought that suddenly tends toward purple phrases? Texts and emails may be more conversational or merely informative, but the longer they go on the dressier they get. Meanwhile sentences meant for the ear instead of the eye must be shorter, cleaner, and clearer. Without the helpful visual comma or period, we speak with some precious quality we call timing.

When it comes to a writer like St. Paul, we have little idea what he sounded like in person. Except for the highly decorated record in Acts of the Apostles, we know Paul almost entirely from his letters.

He can be grand and poetic, as in this month’s “Hymn to Christ” in Colossians, proclaimed on the Fifteenth Sunday in Ordinary Time. Paul presents a visionary view of the church’s understanding of Jesus, emerging in real time in Paul’s generation. If you sat and talked with Paul over a flask of first-century beer and asked him about his experience of Jesus, however, his thoughts may have been less eloquent, more intimate.

Only the occasional sentence pops up in his letters to betray what Paul may have sounded like in person. These are the times when Paul loses control and gets mad at someone: In those moments he stops composing and starts venting. Paul was a writer by necessity, not necessarily by temperament. He had to communicate across distances, and written words had to stand in for the man himself to the communities behind him.

Paul is easy to understand when he writes like a talker. When he snarls at Peter for being a hypocrite about eating with Gentiles or barks at the Galatians over their theological addiction to the practice of circumcision we have no illusions about Paul’s frustration. (Both of these occasions appear in Galatians Chapters 2 and 5—clearly an unguarded letter written with more passion than his usual discipline.)

It’s when Paul writes like the scholarly Pharisee he is, measuring each word and doubling down on the gravitas, that we feel ourselves losing the thread of his meaning. Maybe it’s intellectual laziness on our part, but when Paul crawls into his head our own thoughts in the assembly may begin to wander.

Recently I found myself in rare empathy with Paul while giving a retreat. As a writer who speaks, I was struggling to communicate in that odd second language, talking out loud. In the closing hour of the weekend I offered to the group the unremarkable theological premise that believers are summoned to organize their lives with God at the center. I bolstered this assertion with Jesuit Father Peter van Breemen’s declaration that either God is all-important in our lives, or God is nothing.

A hand shot up. “Isn’t that rather harsh?” the man objected.

Being a slow thinker, I considered his question for a moment. I hadn’t expected God-at-the-center could be a doubtful premise for believers. Van Breemen’s proposal that God is nothing if not primary likewise seemed intrinsically linked to this premise—in my mind. Yet another mind found such a proposition exclusive and extreme.

Didn’t Paul insist on this centrality with the declaration: “He is before all things, and in him all things hold together”? To Paul, Christ is the cosmic glue of reality. Integrity is discovered by rooting our values in his radiant perspective. Paul declares Christ is before, Christ is head, Christ is at the core, Christ is the beginning, Christ is the fullness. Christ reconciles human and divine, past and future, heaven and earth, binding all together.

“Yes,” I agreed with the man finally. “It’s very harsh.” Truth can be stark—like loss, suffering, limitation, death. Truth makes demands on us, which is why we prefer to flee it or at least soften it with nuances and loopholes. So we accept God as central: except maybe for family and work, responsibilities and pleasures, country and political conviction. It’s hard to claim, without asterisks, that Christ is at the center, that our path is through him and our lives orbit his will. “I am the way, the truth, and the life.” Harsh, bald, and exacting. Uncompromising, as worldviews go.

Other theological writers have fervently sought some wiggle room. The case for the good-enough Christian has been made many times. Joseph Champlin wrote a sympathetic book decades ago called The Marginal Catholic: Challenge, Don’t Crush. Obviously on the pastoral level, we could all use a little wiggle room—or a lot. Yet pastoral encouragement doesn’t detract from the power of van Breemen’s claim.

If God is God—the all-powerful, all-knowing, ever-present Alpha and Omega—if God is sovereign, to use the purple word, then to deny God centrality in our lives is to deny the definition of divinity. God can’t ride spiritual shotgun, or be a pal in the pocket for times of need. If God is not the all-important one, we shrink divinity to a more convenient size, shoehorning God into an unobtrusive role. Once demoted, God ceases to be God for us.

Harsh? Yes. Deal breaker? We each determine that for ourselves.

Faced with a participant’s honest repulsion at the radical centrality of God, I would have liked to begin the retreat over. A writer gets to edit relentlessly; a speaker, confined to time and place, not so much.

I’d like to have pointed out that acknowledging God-at-the-center doesn’t mean saying prayers all the time, spending every waking hour in church, or thinking religious thoughts. For the true believer, God is naturally at the center of family and work, financial decisions and political perceptions. The divine will becomes the heartbeat so integral to our days we may not be conscious of how it makes everything else possible. All things hold together with this constant Benevolence at the center. Otherwise, how swiftly our plans unravel, and our hopes fly apart!