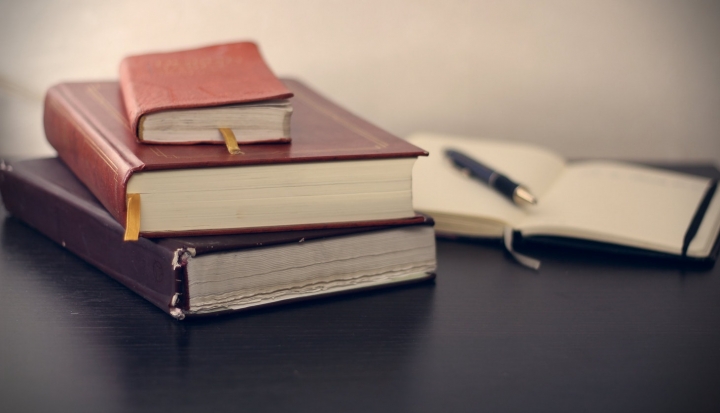 Imagine someone like Yentl from the movie of the same name. She’s a Jewish teenager so enamored of the dream of studying the sacred texts of her people that she takes the dangerous step of posing as a male to enroll in a Torah school restricted to boys. Stakes are high and mayhem ensues.

On the other side of the spectrum of investment is, well, a whole lot of the rest of us. We figure we get all the Bible we need in church. Granted, this course of action is fairly free of mayhem. It also lacks the exhilaration of putting yourself on the line and the wonderful terror of being fully alive. No one will make a movie about churchgoers: “The thrilling story of Catholics who go to Mass, hear some readings, and forget them before the collection is taken!”

Recently I spent two days in a room full of Yentls. These were scripture scholars, male and female, who’d dedicated their lives to the pursuit of our sacred texts. Also in attendance were folks like myself, students of the Bible who hope to learn more. We’d gathered at a Catholic college to celebrate the launch of a new Bible resource: The Paulist Biblical Commentary. Just think of it: a two-day party for a book!

Now, please understand how rare an event this is. Perhaps when Dan Brown, Stephen King, or J. K. Rowling launches a new title, their publishers throw a lovely dinner party. In the case of Rowling, I sincerely hope each new volume of Harry Potter earned her a full week at a spa, with her agent peeling her every grape. But in the Catholic publishing world, profit margins are skinny and a bestseller may sell 20,000 copies, not 20 million. Hence, no parties. I’m constrained to note that I’ve launched 20 books of my own; nobody’s jammed a candle in a cupcake to honor these events.

But The Paulist Biblical Commentary (hereafter the PBC) is something special. It took five years to assemble and herd 72 scholars of scripture through their assigned texts and topics. One third were women, this 2-to-1 ratio of male to female scholars being itself a noteworthy contribution to the realm of scripture study. Of the six general editors, two are women and not all are Catholic scholars. All of which offers hope that this one-volume commentary invites us to a more literally catholic appreciation of the Bible.

Among the over 30 religious involved in the project are a dozen Jesuits—a fact that led the publisher to wryly suggest the title might better have been The PBC, S.J. Yet it’s just as interesting that over half of the contributors are lay scholars. I look forward to diving in and learning if these many distinct positions from within the body of believers unearth something more in these texts than we’ve heard so far.

As the church celebrates another World Communications Day on June 2, it’s helpful to consider how broadly our message is presently conveyed. The theme this year is “from network community to human communities.” Pope Francis asks if social media creates culs-de-sac of micro-community or exerts a genuine unifying force on culture—which could surely use some. Within the realm of proclamation, we ask the same question: Is the net cast by our proclaimed gospel flung wide enough to engage everyone and anyone—or just our kind?

A single volume of egalitarian commentary—albeit a hefty one at 1,654 pages—probably won’t transform the dimensions of proclamation. The stated goal of this particular publishing effort is to supply scripture support that’s more pastoral than academic. As an example of how this is attempted, the PBC section on the Psalms presumes a female voice in every other psalm. How simple this is—and how radical!

For those who wonder what good commentaries are at all, let me say: They help us go deeper. If the first goal of evangelization is to spread the sacred story, the second is to go beneath the history and into the transformative meaning of these texts. We encounter this story not to learn it but to let it change us.

How new is the PBC’s approach to this task? We might compare it with the volume already on the shelf of every serious student of scripture, The Jerome Biblical Commentary—affectionately known as the JBC. Since the JBC is practically my father in faith, I won’t say a word against this elder resource. But it is the text that invites comparisons.

The original JBC came out in 1968. I was in awe of this proud volume that dared to forensically examine each line of scripture. It was the kabbalah to me, a revealer of mysteries. When the revised JBC arrived in 1990, I nearly wept to surrender the original.

How does the revised JBC stack up to the PBC? Of its contributors, two-thirds were religious. Among the general editors, none were women, and it contains a 7-to-1 ratio of male to female scholars. This quick comparison between the veteran commentary and the challenger represents the increase of women who’ve been able to study and rise to professional status in the theological ranks of the church. But it also reflects a deliberate effort by Paulist Press to make certain the PBC is inclusive of that presence.

I must give at least a nod to another significant contender for the Bible lover’s shelf space: the 1998 International Bible Commentary. The IBC is primarily a means of listening to scripture through cultural contexts from around the world. It took seven years to assemble this pastoral study aid with voices from North and South America, Europe, Africa, India, and Asia. Its cookbook approach focuses less on the world of the Bible and more on how ancient texts may speak to the modern world. What each of us makes with these ingredients will vary, but no one goes away hungry.

The question everyone involved in Bible study is asking is, of course: Now that the PBC is out, do I really need to shell out a huge chunk of money for yet another commentary? My venerable JBC is by now so underlined and scrawled across, its tiny print is harder than ever to read. Yet we’re such old friends I practically know what it says without reading it.

I purchased the IBC to wake me up and tell me something I don’t know—which it never fails to do.

So why did I long for the new PBC until I held it in my hands? Maybe it’s the Yentl in me who still suspects there’s a kabbalah out there that will whisper its gnostic truth if I spend enough time with it. Do you, however, need to get one for yourself? If the JBC is on your shelf, then yes, you need the PBC as well. Especially if you have the JBC but not the IBC, you need the Paulist commentary for sure. If you own no commentaries but are charged with preaching or religious instruction, I’d heartily recommend you purchase one of these three.

Does every person in the pews need a Bible commentary at home? Seriously, I’d be grateful if every Catholic owned a working Bible! Just ask yourself: If you had to pull a Yentl for the privilege of studying the sacred texts of our faith, would you? If the answer is yes, it’s time to shatter the piggy bank and invest in one of these texts.