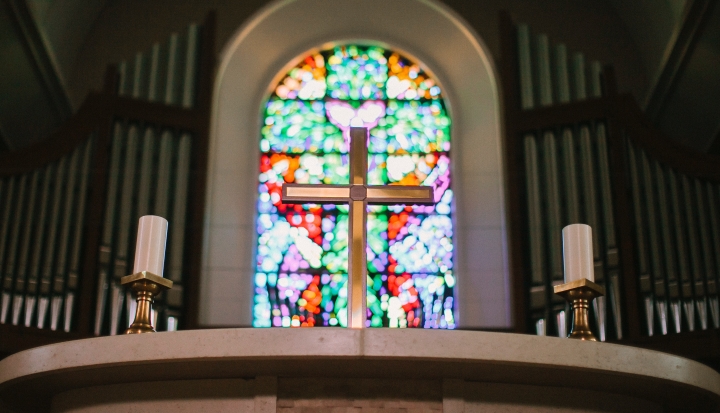 For Catholics, the summer of 2018 was dominated by the Pennsylvania grand jury report and revelations about Theodore McCarrick. As the summer of 2019 begins, I find myself looking back on this remarkable, depressing year with a renewed sense of hope.

Quite literally in the midst of those awful events last year, on August 2 Pope Francis made history: he revised the Catechism of the Catholic Church to say clearly and unequivocally that “the Church teaches, in the light of the Gospel, that ‘the death penalty is inadmissible because it is an attack on the inviolability and dignity of the person, and she works with determination for its abolition worldwide.’”

This revolution in Catholic morality has gotten somewhat lost. In part, of course, that is because of the sex abuse scandal. But it is also because of the predictable and cynical reactions that greeted it.

Some suggested that Pope Francis was merely trying to change the subject during a difficult summer of stories about sexual abuse. Plenty of Catholics simply rejected the change. I want to take this space to give this change its due and explore what it means for the church and the world.

We should begin in 1983, when Cardinal Joseph Bernardin first articulated a consistent ethic of life during a lecture at Fordham University. But Bernardin’s consistent ethic was rejected by many leading Catholics, at least in part because he challenged us to see the death penalty as a serious threat to the dignity of human life at a time when the topic of abortion consumed the conversation about human life issues. So instead we must begin with Pope John Paul II in the mid-1990s.

John Paul II published his encyclical Evangelium Vitae (On the Inviolability of Human Life) in 1995. The encyclical is mostly remembered for the way it opposed a culture of life to a culture of death. While it certainly made that distinction, what is often lost is the rather broad commitment John Paul made to the defense of all human life. In part, he wrote:

“There is evidence of a growing public opposition to the death penalty, even when such a penalty is seen as a kind of ‘legitimate defense’ on the part of society. Modern society in fact has the means of effectively suppressing crime by rendering criminals harmless without definitively denying them the chance to reform.”

This passage foretells what John Paul II would say four years later, while preaching to a U.S. audience in 1999:

“The new evangelization calls for followers of Christ who are unconditionally pro-life: who will proclaim, celebrate and serve the Gospel of life in every situation. A sign of hope is the increasing recognition that the dignity of human life must never be taken away, even in the case of someone who has done great evil. Modern society has the means of protecting itself, without definitively denying criminals the chance to reform. I renew the appeal I made most recently at Christmas for a consensus to end the death penalty, which is both cruel and unnecessary.”

There is nothing conditional in that last sentence, no room for wiggling away or speculating about exceptions: The death penalty “is both cruel and unnecessary,” and followers of Christ must be “unconditionally pro-life.”

Suddenly, Pope Francis’ change to the Catechism does not seem so revolutionary. If anything, he has only codified what both John Paul II and Joseph Bernardin had already said about how being pro-life must encompass the protection of human dignity in all cases and places with no exceptions. This is where my newfound hope begins.

The Roman Catholic Church is not perfect.

There was a time when that would have been a quasi-heretical statement. For generations, we were taught that the church is a societas perfecta, “far superior to all other human societies; it surpasses them as grace surpasses nature, as things immortal are above all those that perish.”

It is good that the church’s imperfections have been cast under the glare of a revealing light. In that same light, the many things that are right in the church also become easier to see.

I really do not want to be a cheerleader for the church today, not now in these circumstances. Yet, it does seem necessary to keep a sense of proportion while we confront honestly what is wrong in the church.

As much as the church has committed and participated in enormous crimes, the church is also the most constant and effective defender of human dignity at work in the world. Both of those things are true for the same reason: The church is a reflection of the women and men who form the body of Christ.

We in the church are sinners and saints—not two groups of different people, but saintliness and sinfulness are mingled together in each of us. The mystery of good and evil that plays out in our lives also plays out in the church. That is the reason why even those who are guilty of the worst crimes must not have their lives taken by the state. Saintliness still is possible for them, just as saintliness abounds even amid the church’s sins.

Miraculously, somehow, the church succeeds despite its own complicity in evil to be a source of hope, mercy, and grace in the world. Despite its own participation in injustice, the church makes justice more possible. Both things can be true. Both are true.

We should not treat that fact as though it excuses the evil. We cannot afford to be so naïve any longer about the church. Still, that is where hope begins for the church’s future, a future where the grace within the church that surpasses nature will be more free to work through the saintliness of women and men to build up the reign of God.