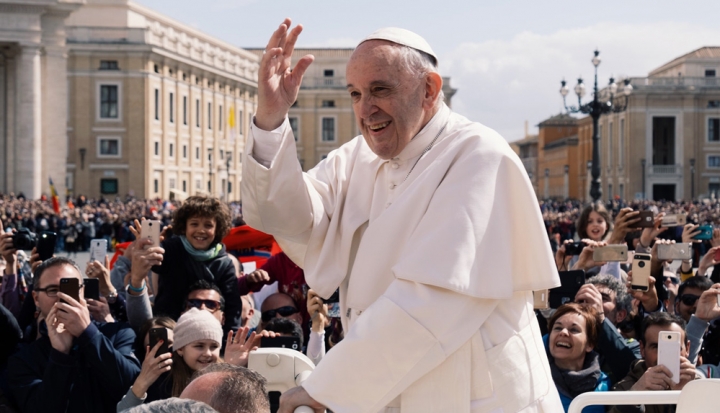 At the beginning of his papacy Francis famously spoke about his desire to lead a church that was willing to go to the margins on behalf of the oppressed and the vulnerable, and he has lived up to those words, sometimes at no small personal risk.

His first “foreign visit” outside of Rome was to the Sicilian island of Lampedusa, where he said Mass acknowledging the loss and suffering of people attempting to migrate to Europe from North Africa. He visited an active conflict zone in the Central African Republic when he landed in its capital, Bangui, to declare a Jubilee Year of Mercy in 2015, and in recent months he has gone where few prominent Christian leaders have gone before in visits to the United Arab Emirates and Morocco.

His February visit to the UAE, in fact, represented the first papal visit to the Arabian Peninsula. It included another first when Pope Francis celebrated Mass in Abu Dhabi with more than 120,000 of the Emirates’ resident Christians and well-wishers from the Muslim community in attendance. It was an unprecedented spectacle in the Arab world, as were the expressions of joy on the faces of the many Emiratis who came to witness this rare public celebration of Christian faith in the Arabian Peninsula.

During his visit to Morocco in March, the pope warned against fomenting fear of “others” in a criticism of the nationalist populism that has been sweeping the West. In the UAE in February, he attended an interreligious conference sponsored by the Muslim Council of Elders and joined Ahmed el-Tayeb, the grand imam of Egypt’s al-Azhar University, in signing a joint declaration on human fraternity. The document highlighted the two great religions’ complementary beliefs and condemned acts of war or violence in the name of God.

“There is no alternative,” Pope Francis told the representatives of the world’s religions gathered in Abu Dhabi on February 4. “We either build the future together or there will not be a future.” He urged world religious leaders to act “with courage and audacity . . . to help the human family deepen the capacity for reconciliation, the vision of hope and the concrete paths of peace.”

Even as the pope spoke, in the Islamic states of Iraq and Syria ISIS dead-enders were driven from their last bombed-out redoubts at the cost of unknowable civilian suffering. But the cultural and psychic terrain still held by ISIS, its bloody ideology of conquest and control, will remain contested territory.

As these battlefield victories have been proclaimed, the pope has kept his attention on a shifting struggle for hearts and minds. It is a spiritual and intellectual conflict zone, one not limited to “winning over” wayward Muslim young people but also the growing legions of young Western Christians eager to treat the world’s 1.8 billion Muslims as existential enemies. Pope Francis understands that this cultural and spiritual combat is as essential to engage as any covert strike or social media campaign.

In an era when so many seem intent on transforming gloomy warnings of an impending clash of civilizations into self-fulfilling prophecy, Pope Francis lives a counter-witness that remains an imperative call to Christians and Muslims around the world. He supports his rhetorical appeals with his physical presence, dramatic gestures at the margins that embody his insistence on fraternity and solidarity with all people and all faiths.

Migrants are no longer welcome in Lampedusa or any Italian port under the edicts of Italy’s new far-right leadership. Here in the United States it is unclear how aggressive the Trump administration is prepared to become in the face of the continuing crisis of Central American migration, but the president’s recent description of deportees as “animals” has a familiar sinisterness to it.

We have been down such paths before, the pope has been quick to remind Christians. He proposes building bridges instead of barriers, of reaching out in hopeful dialogue instead of withdrawing into a renegade nationalism that degrades the fraternity of all people. How shall we proceed?