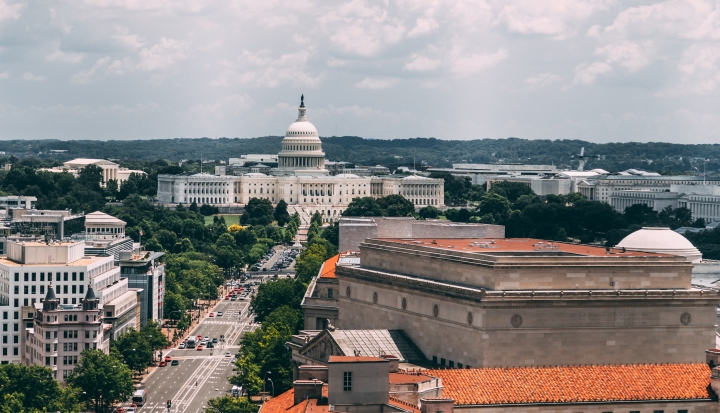 Several years ago, I sparred at an academic conference with a well-known Catholic intellectual (whom I will not embarrass by naming). He made the case that, because the U.S government permits legal abortion, Catholics must not trust our government at all. Now that’s true in a way, and I will get back to it. But he also was misstating something important.

In the first place, he was wrong because the church has believed for centuries what Aquinas wrote in his de Regno, that “as it is natural to live in society, it is necessary for there to be government.” Government ought to aim for the common good. Many governments have not done that. So as believers our faith is in justice, and we work to use government to achieve it.

So much for how he was wrong. Why it was possible for a well-known Catholic intellectual to be so wrong about something so well-established is the more interesting part.

As I wrote in a book last year (and another recent report documented), since the 1970s the church, at least in the United States, has exhibited an escalating interest in winning a political argument that began with abortion and grew to encompass a wide range of other issues. Over time, we have watched the church in the United States begin to behave more like an interest group—or at least a certain determined segment of the church now behaves that way.

Their motives are historical and complex. Skepticism about modern forms of government such as ours has abounded in the church since the French Revolution, and the church has not yet fully embraced governments like ours. The Roe decision, for many Catholics, vindicated their skepticism about what modern governments do.

These Catholics’ political influence in the United States eventually came through a Conservative Movement that elected Ronald Reagan in 1980. Purely by that coincidence, Catholic anti-modern skepticism about abortion took the shape of a Catholic libertarianism. (Any other libertarianism would support Roe, of course. This combination of ideas doesn’t need to make coherent sense for people to hold them.)

The fullest expression of this Catholic libertarianism, mingling skepticism about government with pro-life activities, came with the U.S. bishops’ religious liberty campaign after passage of the Affordable Care Act. Using every argument they could muster, Catholic bishops made a case against the Affordable Care Act that seems quite strange from a Catholic point of view.

There was no more outrageous statement of this point of view than a homily Peoria Bishop Daniel Jenky offered in 2012, comparing Barack Obama to Hitler and Stalin.

Casting Obamacare as resisting “competition . . . in education, social services, and healthcare,” Jenky urged Catholics not to vote for Obama because the Affordable Care Act required some limits on conscience in the church’s health care ministries (such as the contraceptive mandate) even when they promote a public health good.

Perhaps New York’s Cardinal Timothy Dolan made the clearest statement, saying, “government has no business interfering in the internal life of the soul, conscience, or church.”

I call attention to all of this only to highlight its incoherence. It is incoherent theologically. It is incoherent as a political principle. And it even is incoherent between Bishop Jenky and Cardinal Dolan, who have been locked in a two-year federal lawsuit over who should possess the remains of Archbishop Fulton Sheen. Welcoming government’s involvement in the church’s internal life when he prevailed over the Archdiocese of New York on March 6, Bishop Jenky received “with great joy” news of “the unanimous decision of the New York State Supreme Court.”

Making these observations, I mean to be no more critical than I think St. Paul would be. What seems clear is that our relationship to the world today as Catholics bewilders us, even our bishops. That bewilderment has dangerous consequences.

Too many Catholics are really political partisans, and they are unafraid to be partisan opponents to one another. We trust government and make use of its power when it suits our desires. We condemn government and its power when we are thwarted by it. Mostly our partisanship blinds us to the common good and to seeing government as the gift given to us by God with which to find it.

Pope Francis has called us to a different and better way of conducting ourselves in politics, a way that expresses our “conviction that we need one another, that we have a shared responsibility for each other and the world.” Until we heed him (which must include developing a coherent understanding of and relationship to governments like ours in the United States), more of this incoherence and the ugly sin of partisanship await us.