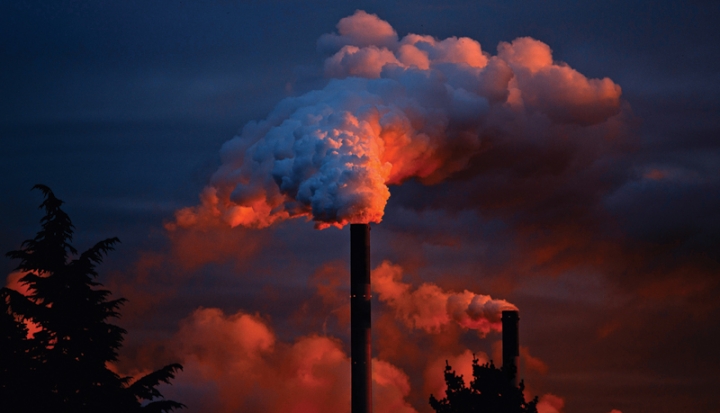 The prospects for containing carbon emissions in the United States appeared a little hazier at the turn of the new year. Economic researchers at the independent Rhodium Group reported in January that after three straight annual declines, carbon dioxide emissions in the United States rose sharply in 2018 by 3.4 percent, the second largest annual gain in more than two decades.

It was a disappointing reversal of what had been a promising trend of diminishing greenhouse gas emissions since 2005. The report warns that the “slowdown in progress” risks putting the U.S. emissions reduction goal under the Paris Agreement—a nearly 30 percent cut below 2005 levels by 2025—out of reach.

According to the report, a record number of coal-fired power plants went offline permanently last year. That should have been good news, but most of the energy previously provided by those coal plants was replaced not by renewable energy production like wind or solar but conversion to another fossil fuel: natural gas.

The emissions jump is especially worrisome, as the impact of the Trump administration’s overturning of Obama-era energy policy has yet to hit the market—and the environment. That means the increase in emissions in 2018 is mostly attributable to an organic spike in fuel and energy demand because of an accelerating manufacturing sector.

“The big takeaway [of the study] for me is that we haven’t yet successfully decoupled U.S. emissions growth from economic growth,” Trevor Houser, a climate and energy analyst at Rhodium, told the New York Times. Therein remains a significant unresolved challenge: balancing economic growth with ecological stewardship.

Carbon emission reductions that result from economic downturns are not exactly desirable. Yes, emissions went down during the worst years of the Great Recession, but it’s not likely the nation’s army of unemployed and newly poor would consider that a happy tradeoff. Economic growth lifts people out of poverty both in developing nations and advanced economies. At the same time, the earth’s laboring ecosystem cannot continue to be sacrificed to growth. Both the economy and the environment could be best served by a more aggressive national investment in renewable energy.

Pope Francis has made care of creation, specifically surrounding the threat posed by global warming, a persistent theme. “Rethinking our common destiny . . . involves rethinking our relationship with our planet,” he told the Holy See’s diplomatic corps, imploring “a more decisive commitment” to global cooperation. “The earth belongs to everyone, and the consequences of its exploitation affect all the peoples of the world.”

With leadership on this issue unlikely to emerge in Washington, the responsibility for controlling carbon has been passed on to state and local governments and consumer choice, an unhealthy inversion of subsidiarity. Each of these civic actors has in many respects responded—consumers switching to electric vehicles and local governments continuing preparations to convert to renewable energy—but the 2018 study results suggest limits to the abdication of authority and vision at the federal level.

Pure market forces may yet encourage a shift to sustainable energy. China and Europe are leapfrogging past the United States in technological innovation and renewable development as they position themselves for a sustainable future. Washington’s wayward policymakers may finally realize that allowing fossil fuel energy producers—and the banks that enable them—a final 21st-century gouge does not make good economic, ecological, or ethical sense.