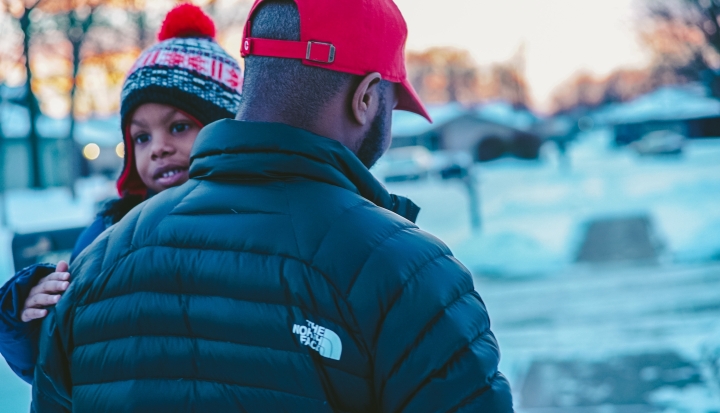 Kevin and Amy have a rule at their dinner table for their three teenagers as well as themselves: What is said at the table stays at the table. “Our family committed to this when the children were young so they could express themselves without worry that their siblings or parents would talk to other people about what they shared,” Amy says. “They also don’t need to worry they are going to get in trouble for what they say. This has worked well for us, and some of our best conversations continue to happen at dinner.”

Conversation is at the heart of good relationships. Yet as much as we love our children, sometimes it’s difficult to move past questions and reminders about routines and activities into discussions about thoughts, feelings, and ideas. A parent’s daily responsibility to make sure children are healthy, clean, well-fed, appropriately dressed, and educated can drive all conversations of the day almost every day, including weekends.

“From morning until night, we are directing our kids as to what they should be doing,” says Charles, a father of four grade-schoolers. “And I wouldn’t say it’s nagging or not age-appropriate. It’s just where they are developmentally. ‘Do you have your lunch?’ ‘Don’t forget to brush your teeth.’ ‘Practice is in a half hour.’ ‘Is your homework done?’ Sometimes it seems we never really talk about anything other than the tasks they need to do next.”

Strong communication cannot be forced, but a few smart practices can help parents and children move toward authentic conversation with their family.

Parents give their children a great gift when they listen to understand what their children are saying rather than listen to form a response. In so much of parenting it is important that we have a quick and ready answer; kids often come to us for very basic information. But when a child asks questions or shares information of a more emotional or complicated nature, having an answer ready is not key. Instead, it is important the child feels heard and respected. “The attitude behind your words is as important as the words themselves,” writes Adele Faber in How to Talk So Kids Will Listen & Listen So Kids Will Talk (Scribner).

Parents can help kids feel understood by stating what they are observing without questioning it. “I see you are sad that Kayla didn’t invite you to her party,” is a better first response to a weepy 12-year-old than, “Don’t be sad, there will be other parties.” In the first response, the child feels understood; in the second, the child is told her feelings are incorrect. A child who is repeatedly told not to have certain feelings or reactions can become confused and eventually may stop sharing any feelings with her parent.

Acknowledging difficult feelings is not always easy for parents, who may believe it is their job to make everything “right” for their child. But Faber writes that children actually thrive when parents validate their sadness or anger: “Parents fear that by giving a name to the feeling they’ll make it worse. Just the opposite is true. The child who hears the words for what she is experiencing is deeply comforted. Someone has acknowledged her inner experience.”

Current social science points out that a person has to hear something 14 times to learn it. For parents on their 11th year of reminding three children to put away their shoes, 14 times seems low. But the spirit behind the theory of repeated opportunities to learn is that parents cannot expect an issue is closed or resolved after one discussion.

Denise, a mother of three, looks at her communication with her children through the lens of how God communicates in the Bible. “The Bible shows me so many ways God and Christ communicated with followers—compassionately, in parables, through angels, in dreams, and dramatically through the crucifixion,” she says. “There was certainly some patience, but also some fire and brimstone. The enduring message was fidelity. I have grown to embrace this model with my children.”

Denise and her husband, Arthur, set the stage for communication by making sure their kids have many opportunities to tell them stories about their interests, share information about events or happenings at school, and joke around. Denise sees this as important so when a heavier or more uncomfortable topic comes up, the family has already established a framework of open communication.

“We think when people are in deep relationship with and really trust each other, the hard discussions are easier to have,” she says. “And we just keep working at it long past the point when one discussion has failed. We invite each other to keep coming back and remember that not all issues need to be resolved or perfected in a set time frame.”

Familiarity can make it challenging to have strong discussions. We spend so much time with our children that it can sometimes be hard to get a good talk started. Amy and Kevin have added a new tradition to their dinner hour. “It’s called two trues and a false,” Amy says. “Everyone goes around the table and tells two truthful things about their day and one false statement. We try to guess which one is false. This leads to some lively discussion!”

Another family does something similar, but with board games. “When I buy a game to give the kids as a gift, I choose one that is going to lead to interaction,” says Elizabeth, mom of two. “My favorite is ‘Say Anything’ because you have to guess family members’ answers to thoughtful or funny questions. It’s a good way to have fun, but at the same time learn what each other thinks.”

Dave, a father of three, cautions that insisting that kids talk can cause them to shut down. “It’s only through being married that I’ve learned to be a better communicator, so I’m not going to expect that our 15-year-old son is already great at it. Probably the best thing we do is require that some times of each day are designated phone-free for him. He also knows his phone is done for the night at 8:30. I’ll notice that often sometime after that, he’ll wander into the kitchen for a snack and might have something to say.”

According to an article in the Harvard Business Review, the optimal ratio of positive-to-negative comments for peak-performing teams in the business world is 5-to-1. Research on strong marriages by marriage and relationship expert Dr. John Gottman shows a similar ratio to be true in strong marriages; couples with a 5-to-1 ratio of positive-to-negative comments are much less likely to divorce. Keeping the 5-to-1 ratio in mind when interacting with children builds the strength of the relationship.

Research also shows that the type of praise and criticism is important—for both it’s better to be specific. “You studied hard for the test and got an A,” is stronger than a more general, “You’re so smart.” Similarly, “I feel frustrated when you are late coming out of school,” is more effective than, “You’re so slow!” Parents who feel they are in a slump communicating well with their children can check their comments against this ratio and see if some intentionality to keeping the ratio can turn things around.

To find the holy in everyday life, remember ‘God is not remote from us’