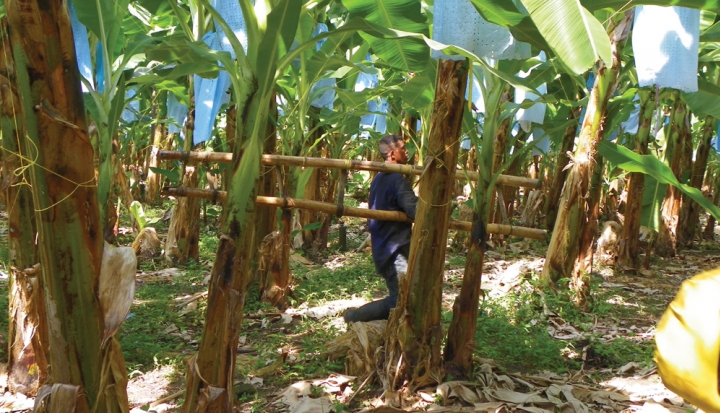 Watching a huddled mass escape Central America this fall inspired an urge among many to rush to the border with food and water, while others chose to politicize the spectacle with calumny and disdain. President Trump ginned up his base before the midterm elections by repeatedly describing the so-called migrant caravan as an “invasion.”

An odd way to prepare for an invasion: Collect your children and what little you can carry and then begin a 2,600-mile walk. What might compel people to make such a desperate journey? The point of origin for the initial body of this march—San Pedro Sula, Honduras—offers some clues.

The second largest city in Honduras, San Pedro Sula has been a hot spot of opposition to President Juan Orlando Hernández since his fraud-marred reelection in November 2017. Scores of demonstrators and community activists around San Pedro Sula have been killed by government security forces as resistance to Hernández persists.

But political violence is not the only mortal threat to the people of Honduras. Gangs and drug trafficking also contribute to one of the highest rates of homicide in the world. And some of the participants in the Honduran exodus have joined not because of crime or political oppression but because of economic inequity and lack of opportunity. Normally mere economic desperation is not enough to make a legal claim for asylum at a U.S. port of entry, as many in the caravan plan to do.

According to church teaching, however, economic necessity is sufficient to supersede a more prosperous nation’s normal expectation to control its borders. It is hard for many who have made an idol of border security to hear, but the church teaches that “people have the right to migrate to sustain their lives and the lives of their families”—especially when wealthier nations can accommodate the migration flow. If bread cannot be brought to the people, the people may proceed to the bread.

In the 20th century the political and economic “pulpo,” the octopus of the United Fruit Company, kept its tentacles tightly wrapped around the lives of people and nations throughout Central America. Its reach extended to Washington. For decades what was good for United Fruit was good for U.S.-Central American policy, and the company shaped the structures of social inequity and labor exploitation in the region that continue to this day.

One of the company’s more notorious escapades was the overthrow of President Jacobo Árbenz in Guatemala in 1954, orchestrated with the help of a couple of shareholders, U.S. Secretary of State John Foster Dulles, and his brother, C.I.A. director Allen Dulles. Árbenz had attempted a redistribution of UFC-controlled land to the nation’s subsistence farmers. That U.S. intervention laid the groundwork for decades of civil war and a distorted political order that still contributes to the violence and instability that is driving migrants north.

After a period of declining influence and a bribery scandal, United Fruit tried to improve its image, rechristening itself as Chiquita Brands International. But in Colombia 13 Chiquita executives have been indicted for their role in funneling money to death squads as the country trudged through a long civil war in the 1990s. And in San Pedro Sula workers staged a sit-in for months on Chiquita’s banana plantations after the company unilaterally terminated critical health services for workers. That strike was broken last March after national police entered the plantations and scores of strikers were terminated by Chiquita.

One may wonder how many ex-Chiquita workers were among those heading north through Mexico, denigrated by U.S. politicians as a mob of thugs and criminals, in a long, exhausting journey to what many still believe is the promised land.