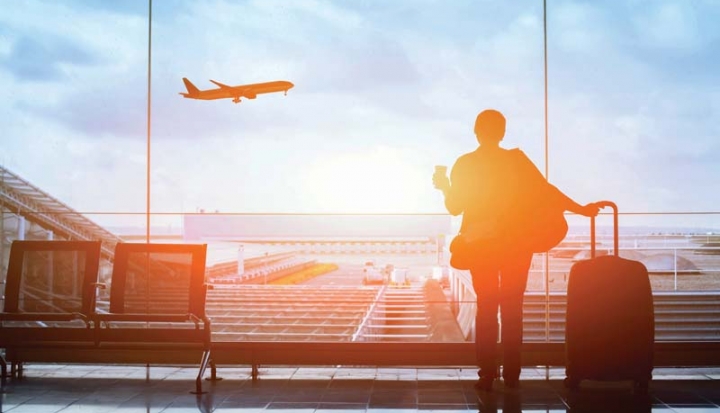 I went to Spain so I wouldn’t need to make any decisions.

Liam, our 20-year-old, is spending this semester studying in Spain, and two of my friends offered to move into our home for a week and take on life with our two high-school daughters so Bill and I could visit him. The semester coincided with our 25th anniversary, and after asking each friend approximately 16 times if she was serious about the offer, Bill and I booked tickets and hotel rooms and didn’t plan anything else.

We had learned a few years ago from visiting our older son, Jacob, during his semester in Chile that there are few experiences sweeter in parenthood than visiting a young adult child overseas. It’s parenthood turned upside down. The child is the expert, knows the customs and the language, and we the parents tag along with a wad of local currency and a willingness to try anything.

Bill and I have limited travel experience. We were young when we got married, soon had two young sons followed by two daughters, and for a number of years had more disposable diapers than disposable income. Foster care further complicated our travel plans, because Wisconsin law required us to obtain permission from our then-foster daughter’s biological parents before every trip.

Chile, 22 years into our marriage, was our first time out of the country as a couple and Spain is our second. As the plane touched down in Spain, I texted Liam: “Could you send instructions for getting from the airport to our hotel?” Within seconds, Liam’s answer appeared: “I’m at the airport. I’ll take you there.”

Smiling Liam met us as we left baggage claim, took my suitcase, and confidently steered us toward the metro station, where he walked us through buying a three-day train pass and onto the correct train into downtown Madrid. Once at the hotel, he and the desk clerk spoke in rapid Spanish, and we walked away with the key card for our room and a few restaurant recommendations for dinner. He ran out to the nearby café while Bill and I took showers and brought back churros and chocolate.

More than the breathtaking cathedrals, the ornate royal palace, and the plentiful Spanish wine, what I loved most about the trip was not being in charge.

During my sons’ early childhood, I spoke for them to waiters and store clerks. “He’ll have one scoop of chocolate, with rainbow sprinkles, in a dish,” I would say, as Liam pointed hopefully through the glass.

Bill and I orchestrated every outing using strategic timelines that took into account naptimes, attention spans, and t-ball practice. I carried my kids’ stuff for them when they weren’t old enough to even know what they would need that day. I spent most of my late 20s to mid-30s wearing a backpack filled with diapers, wipes, Cheerios, and a few sippy cups, pushing a toddler in the stroller and toting a preschooler by the hand. And even as the kids got older and we were able to leave strollers and car seats behind, day-to-day parenting of pre-teens and teens still involved relentless planning and logistical juggling, often with a dollop of negotiation on top.

Going to a country where I have just a few words of the language and Liam is conversational is a role reversal of an order of magnitude that Liam himself doesn’t fully appreciate. He can barely remember the years that he couldn’t state his needs out loud. For Liam, early childhood is a lifetime in the past; for me, it feels like it was a few months ago.

Liam was slow to talk and had a year of speech therapy before he was able to master the “sp” sound. His therapist would run a spoon down his arm while he said, “Sssssss,” for spoon, finishing the “poon” part of the section by tapping his little hand triumphantly. So now, when Liam gets a taxi for us and explains to the driver in Spanish where we are going, then translates the driver’s comments back to us, he doesn’t understand why I am blinking back tears.

But even beyond the language, the significance of going abroad to visit Liam is more in how we relate. We’re asking the questions; he’s giving the answers. Liam offers us options, we choose from among them. We can stop being the family leaders and catch our breath. It’s easier to be a peer to Liam in Spain than it is at home. We are closer to equals here. Yes, Bill and I are still almost 30 years older than him, with all the experience those 30 years bring, but in Spain, Liam is more of an expert. In Spain, Liam is our son, but he’s also our friend. Our amigo who is sharing with us the food and customs of his home. Gracias, Liam.