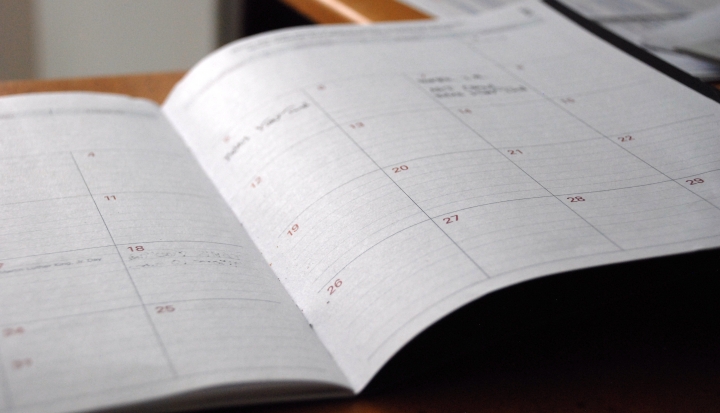 For those who, three weeks into the new year, have yet to set a resolution, great news! January 1 does not need to be the starter’s pistol many tout it as. Throughout much of history, the passage from one year to the next has been a flexible date, determined by changing understandings of theology, astronomy, and local custom.

Jesus and his disciples would have marked the passage of both an ecclesiastical new year, which began 15 days before Passover, and a civil new year, which changed the calendar from one year to the next. The feast that marks the beginning of a new calendar year, Rosh Hashanah, occurs around the fall equinox. This celebration likely had its roots in an even older, pre-Judaic custom of marking the beginning of a new year once all the crops had been harvested.

For Roman converts to Christianity, January 1 was an important day in their civic rather than religious lives. For several centuries, January 1 was the first day of the Romans’ calendar, but the day did not mark the transition from one year to another.

Then, about two centuries before prior to Jesus’ birth, January 1 became the day when Roman magistrates began their new terms of office. Previously, magistrates began their terms on March 15. Since Romans’ dated important events by naming who was in office when the event occurred, a habit Luke’s Gospel mimics when it dates the nativity by name-checking Augustus, Quirinius, and Herod, January 1 became more closely with the beginning of a new year. The ever-superstitious Romans probably chose January over March for their government changeover because the former fell under the patronage of the god Janus, the god of transitions.

Early Christian leaders likely adopted the Roman’s Julian calendar because it was familiar among many who would eventually join the Christian church. Additionally, many church leaders believed the Julian calendar, which was based upon observation of the sun and the stars, provided a more accurate date for Easter than did the Jewish calendar. Consequently, January 1 was typically called New Year’s Day throughout much of the Christian world. January 1, though, was New Year’s Day in name only and was not observed as the transition between one year and the next. In other words, while December 31 was always followed by January 1, December 31, 999 was not followed by January 1, 1000.

As the holiest day on the church calendar, Easter was an obvious candidate for marking a new year. Marking the beginning of the new year at Easter was especially popular in France between the 11th and 16th centuries. There was, however, a problem. Easter is moveable feast day, and as such, could occur twice within a 365-day year. Local variation further complicated the celebration of Easter as the beginning of a new year. Some regions saw Good Friday and Jesus’ transition from life to death as the first day of the year; others celebrated on Holy Saturday, believing the new year began with Jesus’ transition from death to life.

While named for a religious feast day, Lady Day was largely observed as a civil holiday. The ecclesiastical calendar began with the celebration of Christmas on December 25. Jesus’ birth seems like an obvious starting point for marking the passage of religious time. The December 25 date, though, conveniently overlapped with, and ultimately supplanted, pre-Christian traditions celebrating the return of the sun after the December 21 solstice as the beginning of the new year.

By the mid-16th century, no matter what day you celebrated as the beginning of a new year, if you were using the Julian calendar, your feast day was probably off. The problem was the Julian year was about 11 minutes longer than it actually took for the earth to revolve around the sun. Over the course of nearly 1,600 years, all those extra minutes added up, and the days on the calendar did not match what people observed in the sky. The solution was the Gregorian calendar, which corrected for the 11-minute discrepancy by adjusting when leap years should occur. Introduced by Pope Gregory XIII in 1582, the Gregorian calendar is still in use today.

Prior to these calendar reforms France, the Netherlands, Spain, Portugal, and the Holy Roman Empire all declared January 1 the standard for celebrating New Year’s Day and marking the transition from one year to another. They all also adopted the Gregorian calendar shortly thereafter. The English Parliament summed up the need for a standardized calendar by declaring the Julian calendar was:

Attended with diverse inconveniences, not only as it differs from the usage of neighbouring nations, […] and from the common usage throughout the whole kingdom, and thereby frequent mistakes are occasioned in the dates of deeds and other writings, and disputes arise therefrom.

The English were the last European power to change their calendar, adopting both the January 1 New Year’s Day and the Gregorian calendar in 1752.

So, procrastinators, you haven’t missed New Year’s. Chances are, there’s another one on its way. Make sure you have your resolutions ready.