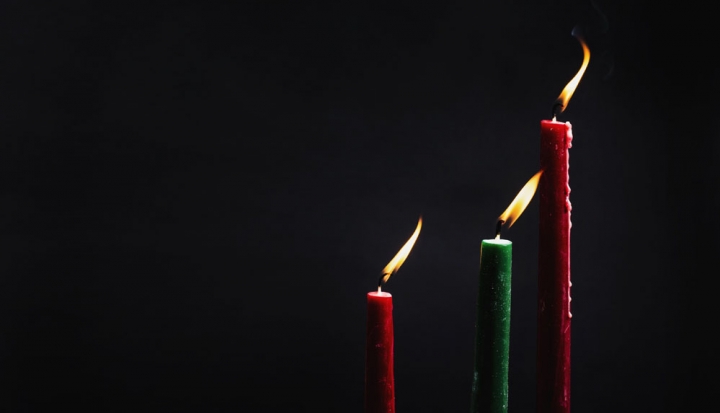 Advent is a season of preparation, prayer, and discernment. For me, it is both my favorite liturgical season and the most challenging. The people of God are called to be watchful and to prepare the way of the Lord. And yet in the chaos of contemporary society, the one thing we all seem to lack during Advent is time. Culturally, we move from Halloween to Thanksgiving to Christmas, sacrificing Advent along the way. Why are we in such a rush to Christmas? Can we truly have Christmas without Advent?

From the very first Sunday, Advent begins with both a warning and an invitation. Beware, the Gospel of Luke warns. Do not get too caught up in the anxieties of daily life such that Jesus’ arrival will “catch you by surprise like a trap.” At the same time, it is an invitation. We each are called to be “one who, in the noise of the world, does not let themselves be overwhelmed by distraction or superficiality, but lives in a full and conscious way, with a concern above all for others,” Pope Francis notes.

Always in Advent is a tension of being watchful and humbly opening ourselves. The constant reminder is to focus on God, not ourselves. The Magnificat proclaims that the world’s power structures are not God’s. “He has thrown down the rulers from their thrones but lifted up the lowly,” Mary sings. “The hungry he has filled with good things; the rich he has sent away empty.” This is why Advent begins with a warning. Since God’s ways and priorities are not our world’s, if we are not attentive we will not be ready.

“Advent is a time for relinquishing some of the control in order to receive the impossible from God,” writes the biblical scholar Walter Brueggemann. Resisting the anxieties of daily life or societal pressures is easier said than done. Time seems to be the one thing we do not have each December. As Advent slips away and the pressures of society surround us, we lament the need to “keep Christ in Christmas.”

As a child, my teachers and parents urged us to reject consumerism and focus on God. However, the growing refrain is focused on the superiority of Christmas over other faith traditions. The very word Christmas is highly politicized. All throughout the election season, I kept seeing TV commercials in which candidates announced, “I say Christmas” as if a political position is akin to one’s position on minimum wage or trade policy.

Last March I had the privilege of visiting the Church of the Holy Sepulcher in Jerusalem. Before daybreak I wandered with a few other pilgrims through the Old City to witness something remarkable.

A Muslim family was entrusted with the keys to the church at least eight centuries ago. Adeeb Joudeh, a descendant of this family, told CNN that it is an honor bestowed not only on his family, but the Muslim world. In the wee hours of the early morning, Joudeh passes the keys to the descendant of a second Muslim family, Wajeeh Nuseibeh, who climbs a small ladder and unlocks the top and bottom locks, and the door is opened to visitors.

Here in the place of Jesus’ crucifixion and resurrection, the depths of Brueggemann’s point became clear to me. Advent’s preparation invites us into a liminal space wherein God joins with us. And we must let go of control, let go of seeking worldly power in order to prepare. The peace and community caring for this holy site witness to the journeying in the wilderness together.

Advent is what prepares us to reject the life-diminishing power structures of the world. We do not find hope by rejecting our brothers and sisters of other faiths and cultures. We cannot keep Christ in Christmas by excluding but only by journeying together in the spirit of the Magnificat.