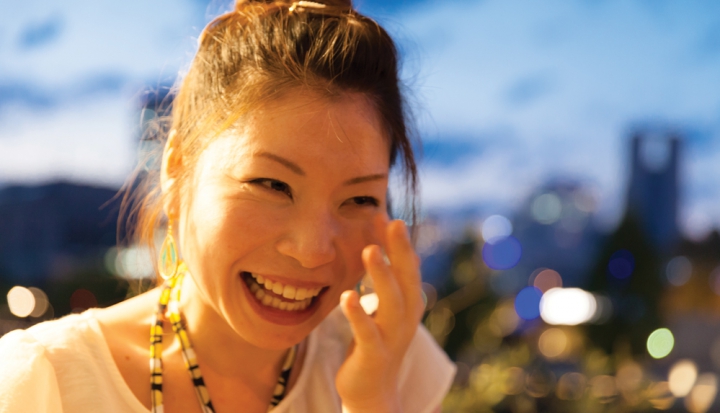 I cried at my wedding. After we exchanged the vows I sat down next to Bill on the altar and the tears started.

Unfortunately I’m not one of those dainty criers who can get a bit misty and then dab neatly at the mascara under her eyes. No. When I cry my face scrunches up, my nose runs, and my shoulders shake. A wedding guest told me later that she thought I didn’t want to marry Bill after all. But that wasn’t it. Sitting next to my brand-new husband on the altar, the enormity of the sacrament hit me. I had just promised to live my entire life with this one person—a promise so big and so long that the church made it into a sacrament.

The word sacrament is defined as a visible sign of God’s grace. I’ve noticed that in the years since our wedding I cry more easily when I either receive a sacrament or witness someone else receiving one. I don’t like crying in public, and I wish my tears weren’t so quick to come, but I have come to view my reaction to sacraments as natural. In the presence of God’s grace, I cry. I liken it to my fall allergies. In the presence of ragweed, I sneeze. It’s not that different. Both the crying and the sneezing are physical reactions to something I know is real; something I can feel is real, but something I cannot see.

When our youngest daughter, Jamie, was a toddler our family went to reconciliation. As I told the priest my sins I began to cry. Jamie, who I was holding, looked alarmed. “Don’t be afraid of that man,” she said, wrapping her arms more tightly around my neck as we walked back to the pew when I was done.

I was still wiping away my tears as I sat down next to then-sixth-grader Jacob. Jacob had often seen me cry in church and wasn’t too surprised, but he did glance around to see who else was looking.

“Mom, people are going to think you robbed a bank or something,” he whispered.

I cry at baptisms—both those of our children and those of children of friends and family. Nowhere but baptism would anyone talk to new parents of their child’s eventual death, but baptism takes it on. Baptism reaches past adorable sleepers and ingenious baby gadgets to a place where we are reminded of the inherent dignity of human life. God’s grace in baptism is the affirmation of the child as a profound gift—the child as God’s instrument.

Thankfully I don’t cry at every Eucharist, just at select ones. Perhaps if I were truly present to each Eucharist I would cry at each. When the kids were younger, Eucharist was the exact time of Mass that 3-year-old Jamie and 5-year-old Teenasia were reaching the end of their quiet reserves. The fruit snacks were gobbled during the homily, pictures colored during the petitions, books flipped through during the offertory. By the time of the Eucharistic prayer I was often just trying to keep the girls quiet and still so that those in the pew behind me could pray.

I’ve never been to an ordination, and even though I was 17 when I was confirmed, I don’t think I quite realized the significance of the sacrament enough to cry. But I cried at the confirmation of my three oldest children, none of whom shed any tears themselves, at least not that I noticed. Maybe they will begin crying at sacraments when they are a little older, just like I did. Jamie received the anointing of the sick once, and I did cry at that, but that might have been as much worry for her health as it was awe of the sacrament.

I told a friend once of my embarrassment over all these sacramental tears. She, too, is quick to cry, and I was thinking that perhaps together we could think of a way to stop our public weeping, or at least contain it. But she gently redirected my thoughts.

“In the face of God, we can’t help but cry,” she said. “Be thankful for your tears. Be thankful that the grace is real. When you stop crying, that’s when you need to wonder what is wrong.”