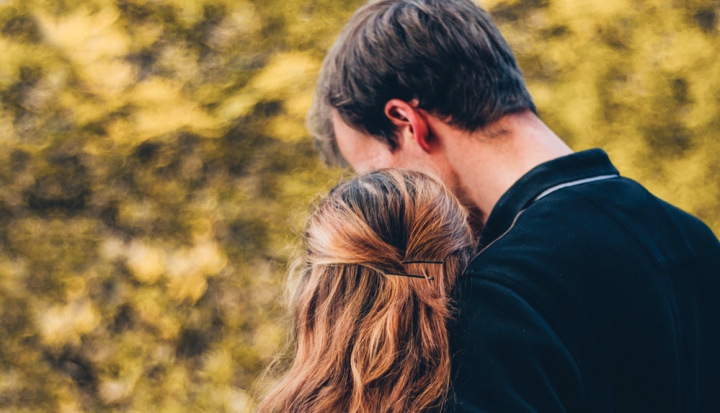 It’s that time of year when the parental back-to-school glow lights up playgrounds and parking lots. I drive past an elementary school every day on my way to work. Moms and dads drop off their children, beaming with a loving mix of pride, joy, and relief. We are back to the routine! Just think of all my son will learn! Imagine all the ways my daughter will grow this year!

The scene is full of hope—and, for many, heartache.

What about the parents whose children are not going back to school ever?

I think of the parents whose children were shot to death in their schools. What is this time of year like for Jennifer and Tony, whose teenage daughter, Gina, was gunned down during the shooting spree at Marjory Stoneman Douglas High School? EveryTown for Gun Safety has tracked more than 300 school shootings since the trauma at Sandy Hook Elementary School in 2012.

I think of the parents whose children have died of cancer. What does it feel like for Ruth to drive past a playground during recess? Her 4-year-old son Nolan succumbed to cancer in early 2017. The American Cancer Society reports that cancer is the second leading cause of death in children ages 1 to 14. It is estimated that more than 250,000 cases of cancer affect children under age 20 every year.

I think of the parents whose children died by suicide. How does Freddie experience the cheery back-to-school commercials consuming the television? His 13-year-old daughter Rosalie died by suicide after being ruthlessly bullied over her teeth. Dr. Harold S. Koplewicz of the Child Mind Institute says suicide is the third leading cause of death among adolescents.

These are a few examples of parents who suffer at a time when many celebrate. This litany could include countless more whose little ones didn’t even make it to school-age. Those who carry the pain of miscarriages, abortions, sudden infant death, and other traumas. Let’s also not forget the couples who struggle with infertility and who would give anything to be part of the carpool rotation.

It’s natural for attention to peak in the days immediately following a tragedy. Everyone is grieving together. We shower the heartbroken parents with flowers and meals. We promise to be there any time they need to talk or cry. Then slowly friends and family return to their normal lives. This is part of the cycle of grief. But for parents whose children have died, returning to normal is not an option.

I am not a parent and have not experienced such a loss myself. But as I recall all the tragedies involving children that have flashed across the nightly news lately, I think it’s important to remember and honor the grief that so many face at this time of year, even if it casts a dark cloud over an otherwise sunny sky. Parental grief too often goes unnoticed or unnamed. These moms and dads didn’t ask for their dark clouds, but they face them every day with bravery and grace.

My colleague Laura Kelly Fanucci, whose twin daughters died shortly after birth, writes beautifully about life after loss. She says every day holds reminders of the babies no longer here. Milestones such as birthdays, Christmas, and the first day of school are particularly painful. Fanucci says it’s important to ask grieving moms and dads how they are doing. Listen to their honest answers. Create even the smallest space to share a story or a feeling. Remembrance is a welcome gift along the journey of grief.