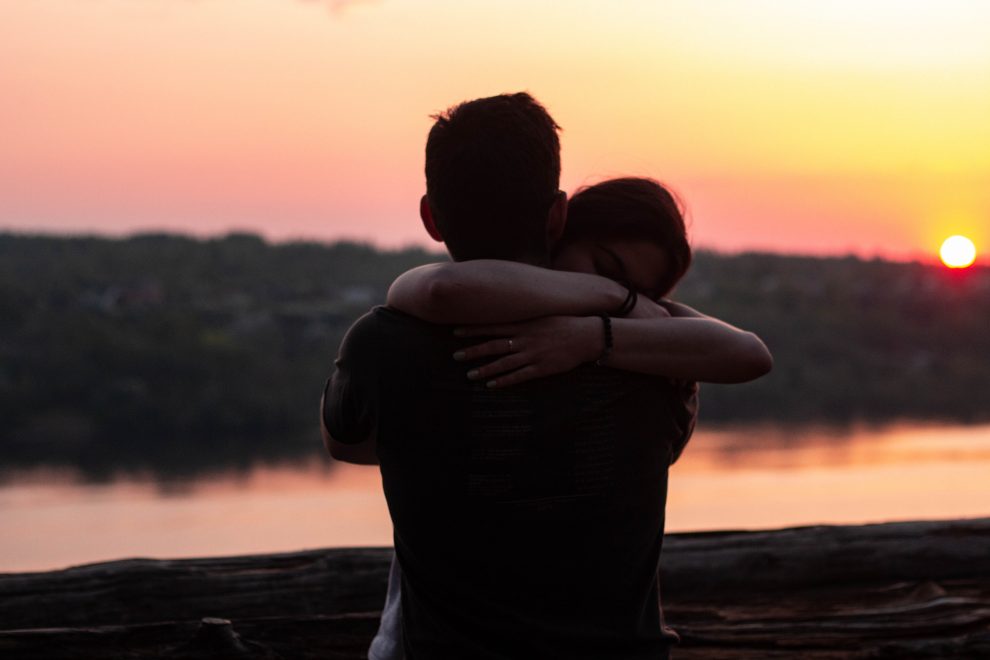 I’ve always liked the sign of peace. As a child, it was my favorite part of our all-school liturgies. The sign of peace provided an excuse to move around a little—to stretch across pews and vigorously shake hands with as many classmates as I could before the teacher reined us in for the Lamb of God. In college, when I attended daily Mass at Marquette University’s tiny Joan of Arc Chapel, the sign of peace was a chance to hug a friend who had an exam the next day or a roommate whose mom was ill.

It wasn’t until I was married, however, and my husband, Bill, and I had the Big Camping Fight, that I started integrating the sign of peace into my daily life.

I don’t remember exactly how the Big Camping Fight started. It was late on a Friday night, and we were scheduled to leave for a camping trip early the next morning. Bill couldn’t find the poles for the tent, I had forgotten to buy batteries for the flashlights, and our toddler Jacob had ripped into our food bag like a hungry baby raccoon. There were marshmallows everywhere. As it got later, more things went wrong and Bill and I each thought the other was at fault. We both yelled. I cried. And by the time we put Jacob to bed and started tying our duffel bags onto the roof of the car, we weren’t speaking at all.

We packed in silence for an hour. I was so upset I couldn’t think of anything to say.

While I knew that I should say I was sorry, I felt that Bill should apologize first, because while I hadn’t behaved perfectly, he was more in the wrong. The longer we went without talking, though, the bigger the gulf between us seemed. By the time my anger had cooled enough for me to begin thinking of apologizing, the words didn’t seem large enough to cover an entire evening ruined.

“Peace be with you,” is what I finally said, extending my hand to Bill. He looked surprised, but returned my handshake with an embrace.

In the years since that night, we’ve gotten much better at packing for camping; we’re also better at navigating the more stressful parts of married life. But we’ve continued to use what we learned about the sign of peace. Sometimes Bill initiates, sometimes I do, but regardless of who is the first to extend the hand, our signs of peace in the kitchen, the family room, and the garage have brought more meaning to our signs of peace in church.

What I’ve discovered about the sign of peace is that it offers more to the other person than does a simple apology. Peace, as given by Christ, is a gift. An offer of peace does not so much seek to retract angry words as seek to establish something new and better. A sign of peace, genuinely given, brings Christ into a situation. While smaller disagreements warrant a quick apology and equally quick forgiveness, larger or more hurtful arguments should remind us that we have, at least momentarily, moved away from God’s love. And as we realize that we have separated ourselves from God, we understand that we must rebuild. Jesus’ first words to his disciples after his crucifixion and resurrection were “Peace be with you.” Jesus’ starting point can be our own.

In the liturgy, the prayer that directly precedes the sign of peace asks Jesus to “look not on our sin, but on the faith of your church, and grant us the peace and unity of your kingdom where you live for ever and ever.”

Essentially, in this prayer, we’re asking Jesus to look past our sins, to focus on our good parts—our faith—and to give us a slice of heaven on earth. It’s a gutsy request. But it’s a request that also requires action on the part of the congregation. After the prayer, the presider says, “Let us offer each other the sign of peace.”

With that sentence, our bold prayer for the peace and unity of Christ’s kingdom is tied inextricably to our own offering of peace to one another.

And so we turn to our neighbors and offer peace, believing that somehow Christ is present in these handshakes and hugs. We offer each other peace believing that the kingdom has already begun. A kingdom not just of stained glass and songbooks and statues, but also of tents and poles and spilled marshmallows.

Photo by Anastasia Sklyar on Unsplash