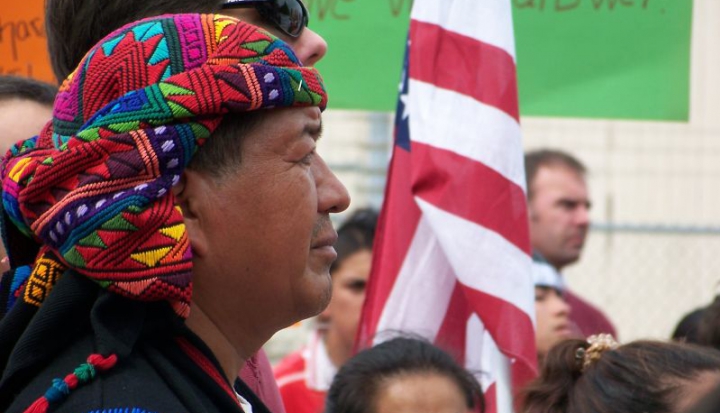 In the spring of 2008, a visitor to the small town of Postville, Iowa might have been surprised at what she found. In a region populated mostly by descendants of 19-century Western European immigrants, Postville’s population of about 2,000 people reflected a diversity normally not associated with rural America. Catholic and Protestant European Americans lived and worked alongside Hasidic Jews and immigrants from Guatemala, Mexico, Ukraine, Russia, and elsewhere.

There was one primary reason for this diversity: Agriprocessors, a kosher slaughterhouse originally founded by a group of Hasidic Jews, which deliberately sought to employ people from around the world. However, on May 12, 2008, this town received a shock when helicopters, buses, and police cars surrounded the meatpacking plant. In cooperation with federal, state, and county authorities, ICE agents raided the plant and arrested 389 workers, most of who were charged with identity theft for using stolen social security numbers, jailed for five months, and then deported to their countries of origin. It was the largest immigration raid in U.S. history up to that point.

“I was substituting at the high school that day,” says Kathy Turner, a retired English teacher who lived in the Postville area for most of her adult life. “We heard the helicopters, and the kids gathered together. Many of them had parents working in the plant; all were scared. We waited in the auditorium, unsure if we could send them home, as we didn’t know there would be anyone waiting for them.”

Sister of Charity of the Blessed Virgin Mary Mary McCauley was working as a parish administrator at St. Bridget’s Church in Postville at the time. As soon as she heard a rumor that a raid was about to happen she immediately set off for the plant, only to find her worst fears were confirmed: ICE was herding handcuffed workers onto buses. The only people allowed to go free were some of the women—mothers of children—who were released with GPS devices attached to their ankles.

“The next days were chaos,” McCauley says. “So many people were searching for missing relatives; many did not want to go home for fear that ICE agents would be waiting for them there. When I opened St. Bridget’s Church as a refuge, I never could have expected what would happen next.” The church was soon filled with 400 people who ended up staying there for a week while awaiting information. “I saw St. Bridget’s as a safe haven,” McCauley remembers. “I was never afraid. I was acting as any pastoral administrator would.”

Eventually, McCauley, St. Bridget’s priest Father Paul Ouderkirk, and leaders of other area faith communities learned what was happening: the detainees had been taken to the National Cattle Congress in Waterloo, Iowa, an exhibition ground where cattle were shown, and put through a makeshift judicial system where 10 immigrants were assigned to each defense attorney and most were encouraged to sign papers pleading guilty without knowing their rights. Many were subjected to verbal and physical abuse. Although their trial was later shown to be illegal, and while some women and children who had been subjected to violence at the plant received U Visas, the vast majority of those tried were deported.

“Many of them, who only came here to support their families, felt that they had failed; however, we are the ones who have failed, for we have such a harsh immigration system that really has not changed in forty years,” Rev. Ouderkirk says. “Tell me, would you buy a 40-year-old car and say it’s the best vehicle in town? It’s the same with our laws and also our reliance on force and violence when dealing with immigrants.”

On May 11, 2018 community members, activists, and faith leaders from the Jewish, Lutheran and Catholic communities will gather in Postville to commemorate the 10th anniversary of the raid. For event organizer McCauley, the main idea driving the commemoration—which will involve an interfaith prayer service, a peaceful march, and an opportunity for participants to make a personal commitment to change—is that of a summons.

“The idea of the summons comes from Toronto theologian Mary Jo Leddy. In her book, The Other Face of God (Orbis), she states that certain moments in our lives are extremely critical; there is no turning back from them,” McCauley says. “May 12, 2008 was such a defining moment, calling us to stand up for due process and for laws that reflect who we want to be. The summons of 2008 led to mass arrests and deportations of people whose only crime had been to come here and work. The summons of 2018 must end in a change of heart in our country and ultimately a change in our immigration laws.”

Neither McCauley, Ouderkirk, nor Turner considered themselves activists before May 2008. All of them were nearing retirement. But the raid left their lives permanently changed. While Kathy Turner had years of experiencing teaching predominantly European American classes of rural Iowans about cultural diversity, her perspective shifted when she was called upon to help reunite children whose parents had been arrested with other family members; she also opened her own home to a young girl for a while.

“Living in a small town, it is so easy to get caught up in your daily routines; there’s often a lot of complacency and fear of change,” Turner says. “This experience completely opened me up. I never thought I would help others in this way until I felt Jesus calling me—along with many others—to be a stabilizing force for these young people.”

For Sister McCauley, who had a long career as a teacher and educational administrator before coming to Postville, the events of May 12, 2008 were a culmination of a lifelong preparation. “Having joined my religious community at the age of 18, I’d always been quietly faithful to our charism,” she says. “But when the raid happened, my quiet fidelity became a public voice.” During the past decade, McCauley has worked tirelessly with immigrants, activists, and other concerned citizens to organize for rights. Today, she is calling upon others to do the same.

“This is a pivotal moment for our country. We need to change from anger and the concern for personal advancement to an idea of mutual love and respect. I see this change happening on a personal, one-to-one scale. Get to know someone from another culture,” McCauley says. “This is where change starts. Also, be cautious, alert, and intelligent in your voting. We need legislators who respect the inherent dignity of the human being.”

“Catholic social teaching has always taught that if you are the head of a household and cannot find work to support your family, no border should stand in your way,” says Father Ouderkirk. “I can never understand why every immigrant group to the United States—Irish, Germans, Japanese, and today Guatemalans—have faced injustice and mistreatment. People fear change. But change is inevitable.”

For Turner, today’s anti-immigrant sentiment is symptomatic of a larger ideological divide in the United States. “Tribalism is on the rise; people view their party as they view their favorite sports team,” she says. “No team can win every time. We need to work together to fix a broken system and pass the right laws.”

Turner adds that we also must take care of the Dreamers—those young people who were brought here as children and who have lost their protected status since the Deferred Action for Childhood Arrivals program was terminated last year. “Whether you are Democrat, Republican, or neither, ask yourself— what should an American do in this situation?” she asks. “Do we really want to send these young people back to countries that they don’t know? As Americans we live in a nation of immigrants. We need to remember our roots.” 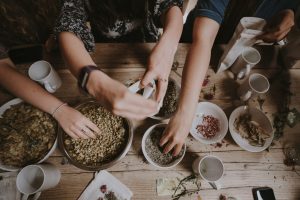 Laypeople, sisters share a common space and mission at the border 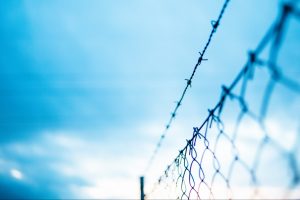 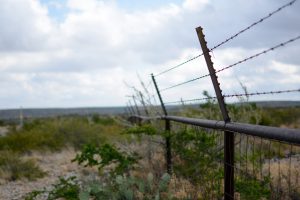 How women religious are redefining their future in the borderland