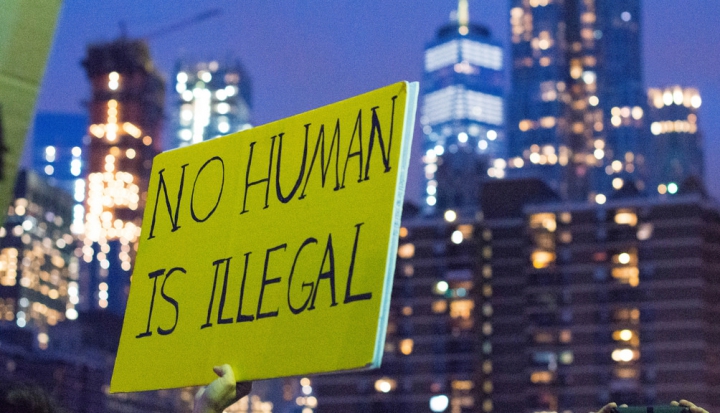 Rosa Maria Hernandez is a 10-year-old girl from Laredo, Texas. She has cerebral palsy and was on the verge of being deported to a nation she has never known. Her ordeal suggests the whole country should consider a collective New Year’s resolution for 2018: Let’s be more merciful this year.

Rosa Maria’s parents brought her across the border from Mexico as an infant in the hope that she would receive better treatment for the serious medical problems she has experienced since birth. That hope was rewarded for years as Rosa Maria received speech and occupational therapy that helped her experience a better childhood. But in October 2017 a medical emergency forced Rosa to cross paths with U.S. Immigration and Customs Enforcement (ICE) agents on her way to surgery at a local hospital.

As she recovered she was held at an immigrant children’s detention facility. Later she was released to her parents.

The family’s plight makes a poor showing before the rest of the world and a scenario that the U.S. State Department might deplore if it were unfolding in a different nation. But this is the America of the Trump administration’s war on the undocumented. The gloves have indeed come off when ICE agents feel empowered to continue such a laborious pursuit of a sickly child and her working class family.

If the intended message to other would-be migrants is that the United States will show no mercy to undocumented people, Rosa Maria’s story should do the trick. It is a terrible message to send. Already too fearful to step forward to report crimes, now many undocumented people may avoid critically needed medical care.

Many will respond: What of it? The United States cannot become the repository for the world’s sickly children. Wouldn’t showing mercy to a child like Rosa Maria only invite more furtive border crossings by parents desperate for treatment for their children? That may indeed be true, the church responds, but it would reflect an expression of parental love that places a moral claim on a society that presumes itself civilized.

The church accepts that nations have a sovereign right to police their own borders but insists that right is not absolute. People also have the right to escape violence or poverty or, in Rosa Maria’s case, medical want even if that means crossing national borders. From God’s perspective there are no nationalities, no citizens, no migrants, no borders crisscrossing creation.

We can build billion dollar walls and devote $1 trillion to a new nuclear arms race. Can we really say that a nation with that kind of wealth can’t afford to sustain Rosa Maria?

Rosa and her peers, the so-called Dreamers, young people brought into the United States without documentation, do not really represent a burden to be assumed, but an investment to be realized. Ninety-one percent of the young people registered under the Deferred Action for Childhood Arrivals program are employed; 98 percent are bilingual, and 72 percent are pursuing a degree in higher education. Those numbers suggest that it may not be an act of mercy but of enlightened self-interest to formalize their presence within U.S. borders.

Speaking at the kick-off of Caritas Internationalis’ “Share the Journey” campaign to encourage Catholics to meet migrants or refugees and hear their stories, Pope Francis said fear encourages people to judge others’ circumstances “harshly and coldly, thinking they see clearly.”

“But it’s not true. One sees well only up close, which gives mercy,” the pope said.

Rosa Maria’s story asks us to take a personal look at how impersonal policies affect and hurt real people with real lives. Our faith demands that we take that closer look.

“If we look at our neighbor without mercy,” Pope Francis said, “we run the risk of God looking at us without mercy.”