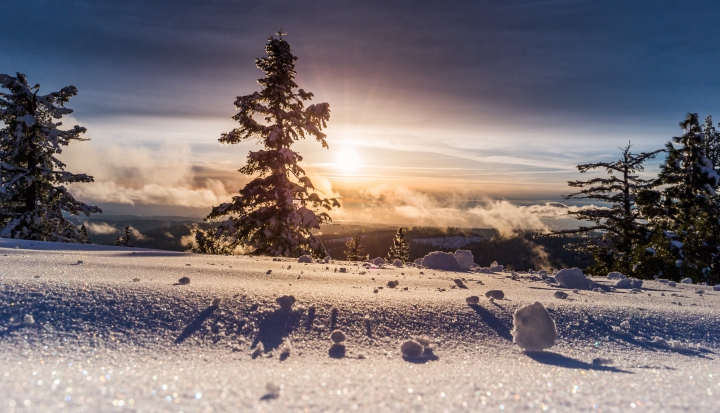 It sounds like a trick question akin to “Who’s buried in Grant’s tomb?” Of course Jesus’ birth is Christmas Day. But did the Incarnate Word arrive on December 25? I’d say there’s a 1-in-365 chance.

While births are significant in scripture, birthdays are not at all. Honestly, we don’t know what year Jesus was born, much less the date. Sometime between what we call 7 BCE and 4 CE, the Word becomes flesh and dwells among us. John’s gospel perceives the incarnation as central to history but the precise date is irrelevant. Details about Jesus’ birth, as narrated by Matthew and Luke, are shaped for theological reasons, and they are powerfully significant ones. Their historicity is less certain—and, for these evangelists, utterly beside the point. Mark shows no interest in Jesus until he’s a grown man. So anyone looking for the inches and ounces of Jesus’ birth will find the gospels unforthcoming.

So why did the church latch onto the 25th of December? That date doesn’t become a “thing” until the Roman Emperor Aurelius (270–275) institutes the sol invictus, or festival of the invincible sun. He sets this feast on the winter solstice, the shortest day of the year on the Roman calendar. In the anxiety of waning light, the coming victory over darkness is merrily anticipated.

The sol invictus is so popular, and so light-centered, it becomes a no-brainer for Christian leaders to co-opt and consecrate the celebration on their liturgical calendar. Converts are drawn from the Roman world, after all. The recognition of Jesus as “Light of the world” weds happily with the established festival to remind new Christians that “the dawn from on high will break upon us, to shine on those who sit in darkness and death’s shadow” (Luke 1:78–79). By the fourth century Christian calendars include the nativity as a regular feast.

That works well in Rome. In Egypt and Arabia, however, winter solstice occurs on January 6th. A feast proclaiming God manifest among us, Epiphany, dawns for those Christians as well—which they celebrate on their solstice. In this easternmost part of the church, the feast is less about Jesus’ arrival and more about how his divinity is revealed: by the testimony of the magi, in his baptism, and through the first miracle at Cana.

Later the West adopts Epiphany, and the East likewise assumes the nativity. With dual origins, Christmas-Epiphany becomes more an extended season with multiple meanings than a single event. For centuries the feast is hardly observed as a birthday party for Jesus, which some parishes throw today complete with cake and balloons. Early Christmas liturgies were pointedly determined to fight heresies. In heavy dogmatic fashion, Christmas honored “the eternal Word made flesh,” in contradiction to the suggestion that the human Jesus was a divine mirage.

It would be centuries more before crèches and evergreens lightened the mood and the meaning of Christmas. Yet those strings of lights still remind us that a light shines in the darkness, and the darkness can’t touch it.