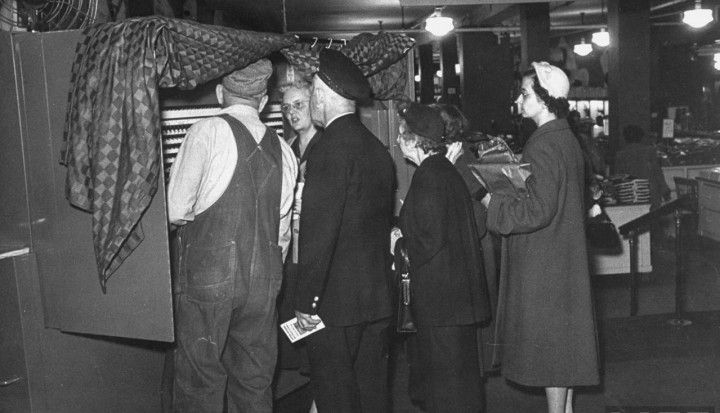 Next Tuesday, November 7, 2017, is election day across America. Because of our places along the spectrum of American voters, Catholics again have a pivotal role to play in these elections. How should we vote?

There are many excellent guides for Catholic voting. Last year, for example, the U. S. Conference of Catholic Bishops reissued its Forming Conscience for Faithful Citizenship document. For the most part, though, such guides focus at the policy level, identifying specific policies to be opposed or promoted. Tendentiously, some of these guides are written as if commandments from on high, listing five or nine “non-negotiables,” and so on.

As useful as such policy guides can be, they can get lost in specifics and not enlighten us about how Catholics should engage in political life more generally. Offered here, then, are seven reflections about good Catholic political engagement that address how we should vote.

Traditional Catholic teachings recognize not only the necessity of government for human life but also its responsibility to promote the good for society. Unlike the negative conception Americans often have, perceiving politics as at best a necessary evil, the church sees political life as natural and ideally a noble activity for achieving what cannot be done by private individuals. Citizenship comes, therefore, with a moral obligation to be involved in public life. In a democracy where voting is a primary form of political engagement, Catholic teachings insist on the importance of voting.

The basic Christian message has always been about overcoming the self in love of God and others. In politics, this gospel message means that we should engage not to advance “interests”—be they self-interest, special interests, or partisan interests—but rather to advance the common good of the whole community. The ideal here is not a politics of division and competition but one of solidarity and cooperation as citizens rise above selfish concerns to focus on what is best for the polity and all its parts.  In Catholic teachings citizens should vote in light of the common good.

In practice, engaging in political life for the common good means putting the needs of the vulnerable, marginalized, and least powerful foremost.  Who are the vulnerable, marginalized, and least powerful? They are those the gospels speak of as “the least” among us: the poor, the unborn, the oppressed, the abused, the migrants in the shadows, the sick, the imprisoned, children, those at the end of life, and even our abused planet itself. The measure for the common good is not military prowess, technology, or the Dow Jones Index; it is instead the quality of life of the least among us. In Catholic teachings citizens should vote with the least among us foremost in their minds.

To advance the common good means is to promote virtue. Promoting virtue is in many ways the stuff of true politics. Citizenship is not so much a matter of legal rules and birthright; good citizenship emerges from citizens’ formation in virtue. Character matters. It is crucially incumbent on voters to weigh a candidate’s virtue, but even more it is incumbent to vote for those whose policies inculcate virtue. In Catholic teachings citizens should vote for the virtuous.

As Catholics we understand how sin clouds minds and corrupts hearts, even our own. In contrast with ideologues who pridefully assume certainty about what is right and who self-righteously judge others, the gospels caution against pride and demand humility. Those in authority must govern humbly, practicing servant leadership. In Catholic teachings citizens should vote for those who humble themselves as servants of the common good.

Prudence is the virtue of making wise choices about things that are not certain. St. Thomas Aquinas thought prudence was the essential virtue for politics and government. Unlike revolutionaries who would destroy the existing order and replace it with another, a prudent person takes her bearings for change from the existing order. So tradition, custom, precedent, due process, and rule of law are valued and respected. In Catholic teachings, voting should be guided by prudence.

Truth is what the ancient prophets lifted up in times of falsehood and confusion. Prophets are those with the grace not be fooled by lies and the courage to bear witness to inconvenient truths. Prophets unmask the blinders of ideology, post-truths, partisanship, and mass opinion. Prophecy is speaking truth to power. With the resurrection, all Christians are called to be prophets. In Catholic teachings, voting should be informed by the truth, should bear witness to truth, and should speak truth to power.

With the pivotal place that Catholics occupy in American public life comes a weighty responsibility. For the sake of our nation and our fellow citizens, we are called to shoulder that responsibility with the guidance of the church’s moral and social teachings.