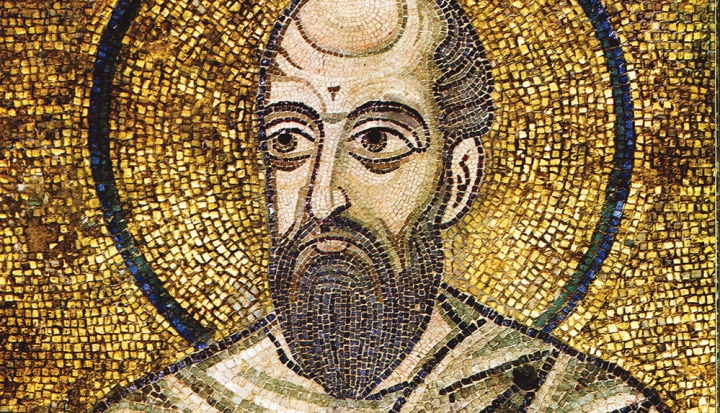 Twenty years without a word! That’s how long the early church went without written texts. From the resurrection of Jesus to 50 A.D. there wasn’t a shred of paperwork until Paul sat down and wrote his first apostolic letter. Before the year 50, no Christian texts were necessary. The community of believers was a pretty local phenomenon. Anyone involved in the story lived within walking distance of Jerusalem. The first gospel wouldn’t be composed for another two decades. By that time the Christian world would already have a full complement of the gospel according to Paul—one letter at a time.

Why did Paul start penning what comes to us as the virtual beginning of our New Testament? Barnabas and Paul expanded the horizons of the church with their first daring swing across Asia Minor in 46–49. They established house churches—intimate, home-based faith communities—and then moved on to seed the gospel as fast and as far as they could. Early Christians expected Jesus to return “soon.” Whatever that meant, there was no time to waste building brick-and-mortar structures and finessing liturgical practices. Early Christianity was viewed as a decision with immediate and transformative ramifications. It was not a long-term religion to settle into and practice.

Then these two gospel missionaries broke up. Before a second mission could get underway, Barnabas and Paul had a serious policy disagreement. Barnabas wanted to take along John Mark, a secondary member of their original band, and Paul vehemently did not. Paul’s beef was that Mark had deserted them the first time around Asia Minor. While Paul may have forgiven Mark, he wasn’t about to give him a chance to repeat the defection. And that was that. Barnabas took Mark in one direction, and Paul took a new fellow Silas (AKA Silvanus) another. We lose track of Barnabas after the breakup, since Luke is more interested in telling the exploits of Paul in Acts, which is our main source.

We get the sense from First Thessalonians that Paul tries, at least at first, to fill the gap left by the separation. Barnabas had been Paul’s sponsor into the faith, after all. If anyone was in charge of the first mission, it had been Barnabas. Paul attempts to recreate a missionary team with Silas and later addition Timothy. All three names head this first letter, though Paul is clearly the writer. Paul will continue to team up with others, including Luke and Titus, catechists like Prisca and Aquila, and house church leader Lydia. Paul remains at the top of every billing, however, and humility gives way to expediency. While he doesn’t use the term in First Thessalonians, Paul will eventually claim apostleship status: an authority describing those who were sent by Jesus personally. It’s either that or bloody the nose of everyone who continues to suggest that they take instruction only from Peter or James back in Jerusalem.

What makes Paul start writing, and why to the folks in Thessalonica (modern-day Saloniki) first? We have two versions of the answer to choose from: Luke’s or Paul’s. In Acts Chapter 17, Luke describes what happened in Thessalonica according to his familiar blueprint of how missionary journeys are intended to go. You show up in town, head for the local synagogue, argue your case for Jesus being the Messiah of the Jews for three Sabbaths, and start a house church with whoever finds the gospel compelling. Luke says that’s what Paul and Silas did. Thessalonica being a wealthy port town on an important Roman route, many of the takers of the message were well heeled and influential. This number included some Greeks attached to the synagogue by their attraction to the Jewish faith. Prominent women also found Paul’s gospel of interest—maybe especially the part about there being “no male or female in Christ.”

Money always talks; in this case it squealed. Luke reports that envious members of the synagogue didn’t care to see some of their best members take their tithe elsewhere. So they caused trouble at city hall and forced Paul and Silas to skip town.

The bottom line is that Paul and Silas are chased out of Thessalonica. The sudden departure made saying proper goodbyes impossible. Which is why Paul starts his second career as a letter writer. It should be noted that abrupt departures are not a singular occurrence in Paul’s experience: Paul got to Thessalonica after being asked to leave Philippi. It could be worse, of course. On his first missionary journey, Paul was dragged out of Lystra and left for dead after a stoning by men still angry from his visits to Antioch and Iconium. Significantly, Barnabas and Mark aren’t stoned along with Paul—though Mark does make his problematic skedaddle not long after. Paul will later correspond with the Philippians, as he does with the Thessalonians. The stoning may be one reason why we don’t have letters to the Lystracians, Antiochians, or Iconium-ians.

Paul didn’t want to leave Thessalonica so soon; that much is obvious in both Acts and his letter. But the rest of the details pose some conflict. First Thessalonians is addressed to a presumed audience of Greek Christians. Nothing suggests that Paul met them first in a Jewish or synagogue setting. Nor does the letter speak to prominent members of the city; rather, Paul recounts how they did manual labor together, hinting that he may have made the acquaintance of artisans or laborers in the public square as he plied his trade as a tentmaker. Paul writes with great affection to a community he seems to have known much longer than three weeks’ time. Since Luke doesn’t travel with Paul until his third journey, it seems Luke used a generous helping of writer’s license in his later re-envisioning of the events between Paul and the Thessalonians.

What’s most striking is the distinction between the messages Paul left behind with the community. In Acts, Paul’s gospel in Thessalonica is a scripturally based exposition on why Jesus is the Jewish Messiah. This would be a perfectly appropriate teaching to give in a synagogue of that day. It would make no sense in the marketplace of a Greek city. Paul himself reminds the Thessalonians of a far different message: The kingdom of God is open to Greeks as much as to Jews. He recalls how the gospel came to them not simply in words, but in the mighty activity of the Holy Spirit. Paul repeats what he claims were his original moral instructions regarding honorable sexual conduct, fair business practices, and peaceful charitable living. Most significantly, Paul spoke to his friends left behind about the hope of unending life.

In this first letter, we find traces of the Paul we modern Christians know only through his letters. His hotheaded nature (what gets him stoned, beaten, and arrested routinely) is turned here at both his own Jewish community (Chapter 2) and the self-gratifying culture of the Greeks (Chapter 4). He’ll mellow on both counts, but Paul never loses that electric intensity altogether.

This first Pauline sample also shows us the tender Paul, who describes himself as both nursing mother and caring father to his Thessalonian church. He ends his letter with a kiss. And also the command that his letter be read aloud to the community. This is tender Paul, not fierce Paul. He knows well that not every laborer he left behind in the marketplace is literate.