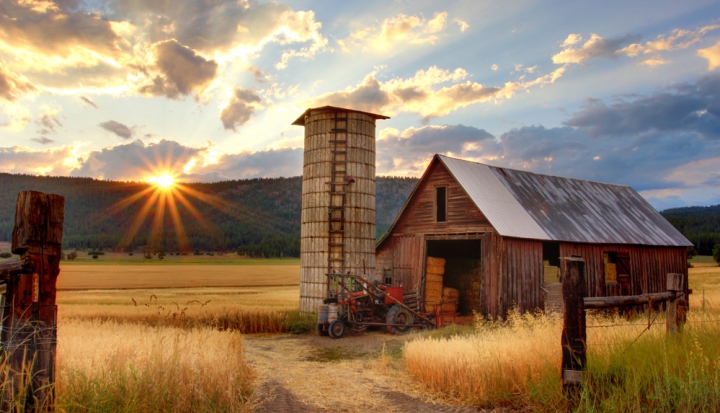 President Trump frequently spoke of urban America during his campaign as a “disaster.” In his imagination U.S. cities are mired in 1970s-era crime, unemployment, and blight. His Taxi Driver version of urban life in the United States is unrecognizable to many people who live in cities. If U.S. cities are becoming nearly uninhabitable, it’s not because of crime or blight but rapidly escalating property values that make housing unaffordable for the middle class. To locate the real crisis in contemporary U.S. life, the president need only have shifted his gaze a little above the co-ops and high-rises to the cornfields and abandoned manufacturing sites of rural America. Whereas it represents just about 14 percent of the population, rural America accounts for the vast majority of the U.S. landmass.

Those big spaces and big distances can mean big problems in the delivery of health care, social services, and the superior elementary and secondary education that help stabilize populations and attract new residents. Population decline and job loss have devastated rural communities.

Last May, the Wall Street Journal found that, by many socioeconomic measures of well-being, U.S. rural life has become the pathological inverse of urban life. In a historic reversal of fortunes, rural America now struggles with higher rates of poverty, divorce, teenage pregnancy, and premature mortality and lower rates of college enrollment and male labor-force participation. More deaths than births are being recorded in America’s rural counties, foreshadowing deeper collapse.

Divide and conquer election strategies that pit farmer against worker, rural against urban, native born against immigrants contribute to the country’s malaise. When New York and other big cities approached bankruptcy in the 1970s, the nation’s rural citizens collectively shrugged their shoulders. Just a few years later urbanites returned the disfavor as the family farm crisis crushed small producers and small towns across the rural heartland. Neither crisis really came to an end, as many midsize cities still struggle with the aftermath of deindustrialization while farm towns are likewise battered by job loss and agricultural consolidation that threaten community viability.

This unacknowledged rural crisis—and the resentment it nurtured—may have spurred Trump’s surprising 2016 victory. Tapping regional bitterness earns politicians positions of power, but it won’t move the nation forward. That will require connecting rural and urban America not merely with super highways but also with a superior sense of a national common good. But how to unite populations who have different experiences and understanding of modern American life?

One of the church’s agents in the field germinating that solidarity has been Catholic Rural Life, based in St. Paul, Minnesota. For nearly a century the organization has been creating connections between family farmers growing America’s food and the urban folks consuming it, inviting each to do their respective parts for a just and sustainable food delivery system.

The Catholic Church in the United States is rightly associated with the nation’s big cities, where Catholics from Germany, Ireland, Poland, Italy, and elsewhere first landed in America. But Catholics did not stay in those big cities, and the church ventured out into what became thriving agricultural and ranching communities in rural counties across the country. Few others, besides the church, have the capacity and vision to join U.S. urban sites on coasts and waterways with the heartland of rural America. Catholics talk of solidarity across economic, international, and racial lines. Solidarity across this dynamic landscape could prove hugely fruitful during these divisive times.