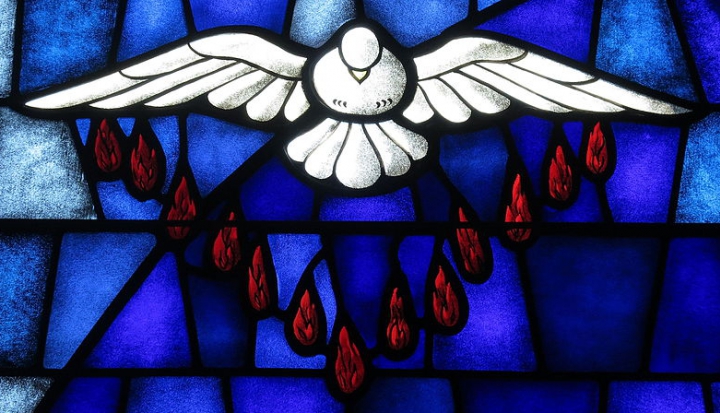 Growing up in London, Ontario was not easy for me as an Asian immigrant. I was taunted on the school playground almost daily. Kids used derogatory slang, chanting “ching chong, ching chong,” and made fun of my eyes, pulling their own sideways and mockingly saying they had Chinese eyes.

I was regularly asked, “What are you?” It became a familiar chant in the schoolyard. Students objectified me, asking me not who I was, but what I was. When I told them I am Korean, they yelled back that there is no such thing. They told me that there are Chinese and Japanese but no Koreans. They then continued to pull their eyes and make fun of who I am.

It was a painful time for me. I didn’t know why everyone made fun of me, and I became ashamed of my own cultural heritage and wished I was white like the rest of the kids at school. My childhood was filled with turmoil and anxiety as I tried to figure out my own identity and why people bullied me.

In 2004 I moved to the United States to begin a new teaching position. I noticed right away that racism, while different in the United States, was just as much of a problem as it was for me growing up in Canada. Racism has been a part of American culture, society, and religion from its beginning: the genocide of Native Americans, the slavery of African Americans, the indentured workers from Asia, and the cheap labor of Hispanics and Latinos. America is a nation built on the platform of racism.

It was due to racism that specific ethnic groups were banned from entering the United States. The 1882 Chinese Exclusion Act, for example, forbade the Chinese from immigrating. The law was supposed to remain active only until 1892, but it was extended until 1942.

Religion plays a mediating and complicated role in our country’s racial discussions. Throughout America’s history, people have misinterpreted and misused scripture to perpetuate slavery, genocide, racism, and xenophobia. But these were distortions, meant to enhance people’s own personal beliefs while going against God’s commandment to “love the Lord your God with all your heart, and with all your soul, and with all your strength, and with all your mind; and your neighbor as yourself” (Luke 10:27).

To begin to move past the American legacy of racism, we must also reimagine Christianity. One way to do this is to expand the metaphors we use for God. Instead of focusing only on Christ, for example, what if we talked more about the Holy Spirit when picturing and speaking of God? This movement away from the maleness and imagined whiteness of Jesus may help us move toward a more inclusive understanding of the divine. Jesus wasn’t white, but European Christianity has tended to prioritize white and male as favorable metaphors for God. A spirit-centered Christianity challenges this white, patriarchal Christianity and moves toward a more welcoming, just, and loving understanding of our faith.

Spirit is breath, wind, and life-giving power. It empowers and transforms us. Christianity teaches us to love God and love our neighbors, including immigrants, foreigners, refugees, and people of color. The Spirit helps us when we fail at this love, whether because of fear or because of the demands on our time and energy. True love for all our neighbors is not something we can do on our own; we need the power of the Spirit to transform us and enable us to love those who are different from us.

One of the things I noticed when I moved to the United States is that, unlike what I experienced in Canada, racism is largely understood in terms of black and white. If you are a person of color but not black, then your experiences are sometimes denied as racism. This is a common experience for Asian Americans: When we try to share our experiences of racism, white Americans often tell us that because we are “honorary whites” our experiences aren’t “real” racism.

But limiting the conversation on racism to simplified terms diminishes the crucial damage it does to all people of color. Talking about race as black versus white negates the prejudice, stereotyping, and hurt that other groups of people have experienced.

We must move away from these either/or terms. White privilege succeeds when people of color are in tension with each other. And that is exactly what happens when myths get told about certain minorities. Myths such as the one that says Asian Americans are “model minorities.” The “model minority” myth tells other people of color to stop complaining; if they “just worked a little bit harder,” they can succeed like Asian Americans. This, of course, is a false narrative that we need to work past.

To dismantle racism and build coalitions between all people of color, we need to widen the discourse on racism to include all people of color. We cannot limit the conversation. We must engage in a larger discourse that includes Native Americans, Hispanics and Latinos, and Asian Americans. Racism will continue to curtail and dominate the American narrative if we fail at this.

Again, focusing on the Spirit of God can help us move past some of this dichotomy. Many cultures and religions understand the importance of the Spirit, what we Christians know as the Holy Spirit, and the power of the Spirit to affect human lives. In Asia we call spirit Chi. Africans had a deep understanding of the Spirit for thousands of years before European missionaries ever stepped foot on the continent. The Spirit can be a doorway to open dialogue among people of all cultures and religions. The Spirit helps us move beyond and find a common ground when we talk about the divine, ensuring that all people are welcomed to the table and engaged in the social justice issues of our time. This will help us overcome some of the damaging results of racism in the United States.

Today, racism rears its head in the xenophobia that allows President Trump to talk about building a wall along the Mexico-U.S. border and banning Muslims from the United States. I believe that people are becoming more prejudiced and suspicious when they interact with people of different ethnicities and that today’s political culture seems to gives permission for people to be racist. This is not what Christians are called to. Our call is the opposite: to welcome the stranger, feed the hungry, visit the sick, and love our neighbors, whoever they are and whatever color they might be. Recognizing the Spirit of God in others and allowing the Spirit to transform our love for one another is what makes this call possible.

Grace Ji-Sun Kim is an associate professor of theology at Earlham School of Religion and the author and editor of more than a dozen books, most recently Embracing the Other (Eerdmans) and coauthor of Mother Daughter Speak (The FAR Press). She also blogs at Huffington Post, Sojourners, and TIME.