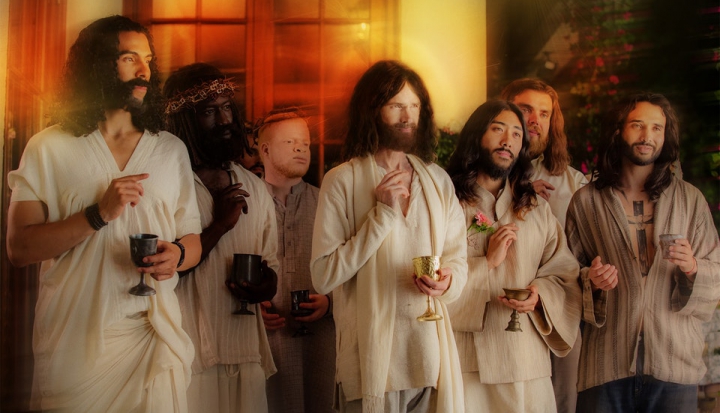 A coworker urged me into watching the new television series, American Gods, based off the Neil Gaiman novel by the same title. I was skeptical at first, and waited many weeks before I finally caved and settled in for a weekend of intense binge-watching.

The series did not disappoint.

From the writers of modern cinematic feats such as Logan, Heroes, and Hannibal (Bryan Fuller and Michael Green) comes a television series for believers and certainly not the faint of heart. Translating any Neil Gaiman novel into film or television is no easy feat; Gaiman’s literary worlds are dark and twisted. Fans of his works are intensely critical of any adaptation, and with good reason. However, Starz, the channel you can find American Gods on, does not fail Gaiman’s genius.

Although the plot can be confusing at first for newcomers who have not read the book, Gaiman’s tell-tale tone of grimy dystopian fantasy is easily evident in the cinematography. The landscapes are dark and desolate, especially as the series opens up on what appear to be Viking travelers to the Americas. Once they land, they find the weather is too bad for them to set sail and return home. They pray to their god, Odin, to help. The story ends with them engaging in a battle in an attempt to appease their god until the winds finally die down and they can take off. Odin, however, is left behind on the shores of this new and forbidding land.

This scene sets up one of the main premises of the series: the “coming to America” stories of different gods in all cultures and countries—both monotheistic and pagan. Each episode shows the story of a new god, sometimes leaving viewers slightly disoriented as the plot jumps around through time and location.

Accompanying these stories is the story of the main character, Shadow Moon (Ricky Whittle). Shortly after we see the story of Odin’s coming to America, we fast-forward more than a thousand years and meet Shadow as he is being released from prison somewhere in America.

We follow him through his prison release and as he hears the unexpected news that his wife (Emily Browning), whom he dreams of often, has died in a car accident alongside his best friend. On his tumultuous journey home for their funerals, he meets a man who refers to himself as Mr. Wednesday (Ian McShane). Wednesday seems to have superhuman abilities to charm and trick the people around him, and he takes a special liking to our friend Shadow, eventually offering him a job as find themselves sitting next to each other in first-class on the plane.

Shadow accepts this job offer (upon learning his wife was having an affair with his best friend), and we are immediately thrust into the world of magic and mysticism in which he finds himself. His role seems to be that of a body guard to Mr. Wednesday, who we will later learn is a god himself.

Though the series surely loses watchers in its drawn out depiction of the novel (the first season is roughly half of the actual book) it succeeds in picturesque imagery and striking metaphorical detail.

In one scene, Shadow (a black man) is lynched by the enemy of his employer, soon shown to be the new “gods” of technology, television, and the internet. As the rope breaks free, Shadow’s enemies disappear in a rain of blood—one that recalls the plague of blood inflicted on the Egyptians in Exodus.

It is moments like these that bring forward one of Gaiman’s main themes: old world religion vs. the vices of modern society that seemingly overtake traditional faith. He uses characters as symbols of this tension: Some represent gods we are familiar with (Jesus, Anubis, etc.) and others are things we may not have considered gods, but are clearly taking a central stage in today’s society. The way we promote media, gun violence, and technology, Gaiman suggests, can only be described as worship. The show thus shows our faith clearly personified as well as the realities of our society that we have, for better or worse, brought into conflict with our most ancient beliefs.

As Wednesday and Shadow cross the country together, they attempt to combat these new forces by uniting the “old world gods,” including Mad Sweeney (a leprechaun), Easter (the German goddess of spring, portrayed by Kristin Chenoweth), and a slew of other gods and goddesses you may or may not have heard of.

There are several side stories that play out as Shadow Moon and Mr. Wednesday embark on their journey. Shadow’s wife, returned from the dead thanks to a magic coin, travels about with the leprechaun Mad Sweeney (to whom the coin belongs). We peer into the private lives of the old gods who are attempting to survive in this modern society while getting exclusive peeks into their past lives as they arrived to America only to be tossed to the side in favor of the new gods.

Bilquis, a mythical version of the Queen of Sheba, for example, once a powerful goddess and queen, is now little more than a prostitute. In ancient times she was revered for her beauty and power, but over time she becomes forgotten in the United States. She struggles to find her place in this new world where media and consumerism have replaced faith in a higher power. So, she turns to online dating, where she meets men and women and maintains what little power she has left through literally seducing them into worshipping her. (These scenes can get pretty graphic—especially for those viewers unfamiliar with the standards of Starz.) This is a theme that connects all the old gods of the series: hundreds of years after coming to America with their believers, they find themselves forgotten and quickly losing any power or relevance they once had.

The series clearly wants to urge viewers to recall the origins of faith and to have open eyes when recognizing the plague of vices in today’s society that distract us from what is truly important. No longer are we celebrating love and mutual kindness for all of mankind, we are fiercely holding onto our fears and our differences, becoming brainwashed and blinded by shallow forms of entertainment and sensationalism. Vanity and a scramble for individual power rule the lives of the human characters in American Gods, a clear reflection of the direction in which our society is headed.

As our two main characters stop in a town ruled by guns, we see a grim view of what our world will turn into if we continue to place such faith in violence and fear. The scene shows members of the town gathering in the square and collectively sending shots into the air, having to quickly run for cover as the result of their worship practice.

Perhaps more interesting, however, is the show’s emphasis on interfaith cooperation. The old gods, stemming from different countries of origin and faith practices, must come together to reclaim their place in society.

Clearly there is some tension between these old gods, despite some likely and unlikely friendships. In one scene towards the end of Season 1, Easter holds a party in her Kentucky home on the holiday named after her. All around her mansion, different cultural representations of Jesus mingle and enjoy the festivities. Here we see that even one religion can take on many appearances, as faith traditions arrived in the United States from a variety of cultures. Sure, Mexican Catholics and French Catholics both believe in Jesus, but in Easter’s home we see these Jesuses as fraternal twins, each coming from a unique background. Despite these differences, however, the gods agree the mortal world is headed in a negative direction at the hands of the new gods, inspiring them to unite.

In this moment, as the season closes, perhaps Gaiman’s (and the show’s) intent is to prove an interfaith approach to the world’s problems is the only way in which to solve them. An acceptance of all faith backgrounds working together to combat society’s newfound importance on only what is tangible; a collaboration of spiritual faith and love. A way to restore a faith in ideas rather than objects. Perhaps this kind of acceptance, it is suggested, is the key to peace.