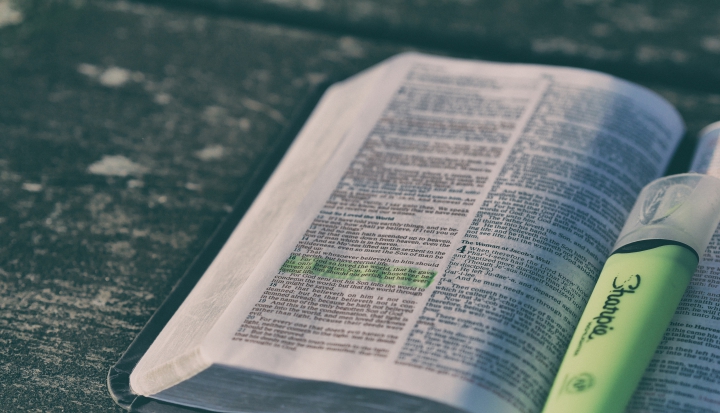 Do you own a Bible? I don’t mean in the sense of having one gathering dust on a bookshelf but in the commitment sense of the word own. Can you say, “I own a Bible, and it influences my life, daily decisions, relationships, work, recreation, spirituality, and prayer life”?

For Catholics and the Bible’s place in their lives, November 18, 1965 has to go down as the significant day. That was the day near the end of the Second Vatican Council when Pope Paul VI signed the Catholic Church’s position paper—or teaching—on the Bible, the Dogmatic Constitution on Divine Revelation. If a wedding is a day and a marriage is a lifetime, then that November day in 1965 was the wedding. These past years have certainly been a fruitful marriage.

The engagement period was a different story. Historians of Vatican II will tell you that it was a stormy time. The first draft of the document in 1962 was quite different from the final draft in 1965. And the fights, the discussions, the communications that took place during those three years can serve as a good model for any couple or group who wants to live and work together for the good of others. If you want to have a good marriage, you’d better have a good engagement period. People have to engage in talk and thrash out meanings and differences, assumptions and expectations. They have to be willing to admit the mistakes of the past and build together a solid foundation for the future.

That document told Catholics to open up the treasures of scripture and discover how God is revealing to all people how to live life to the fullest. Take and read! Take and read!

That document warned priests, deacons, and catechists to read, study, and cultivate scripture. If you don’t, using the words of St. Augustine, you might become “an empty preacher of the word of God outwardly because you are not a listener to it inwardly.”

That document urged every Christian to read scripture frequently because, quoting St. Jerome, “ignorance of the scriptures is ignorance of Christ.”

That document reminded all Christians that prayer should accompany Bible reading so there will be communication between God and human beings. Quoting St. Ambrose, it says that “we speak to God when we pray; we hear God when we read the divine sayings.”

Before Vatican II Catholics stressed tradition and the light of reason and Protestant said, “It’s all in the Book.” Now both of us are realizing that God’s revelation is in creation, history, and the religious experiences and struggles of human beings. We can get in touch with all these revelations in the various stories of scripture.

Vatican II’s Dogmatic Constitution on Divine Revelation doesn’t mention our past mistakes regarding the use of the Bible by Catholics. However, we did make mistakes. We Catholics know that the Catholic Church did not put enough stress on Bible reading on a grand scale till 1965.

Pete Ellis, who taught the Old Testament, often used to say, “Ninety percent of the Bible is not the problem. The problem is that people tend to zero in on the 10 percent: the texts that can cause us problems. Then we end up worrying about evolution and Adam and Eve. We worry about the Assumption and the virginity of Mary. We worry about whether Jesus had brothers and sisters. Doesn’t the text say that his mother and brothers and sisters are outside asking for him (Mark 3:32; Matt. 12:46; Luke 8:20)?

The 90 percent is what we have begun to concentrate on and that has brought us so much new life in the Spirit.

Where are you when it comes to owning a Bible?

Some time ago I went to a lecture on theology. What impressed me was the condition of the speaker’s Bible. It was a paperback Bible and it was falling apart. Several times during his talk he read us a scripture text, and all I could see what that he used his Bible. And I didn’t!

After that I began using my Bible when I gave talks. It, too, was a paperback version. It, too, wore out. I hope my well-used Bible helped get people into reading the Bible so that they, too, discovered the treasures of scripture.

I also noticed that a good way to use the Bible for kids’ retreats is to suggest to youngsters that they mark up their Bibles. They can use markers, highlight texts, draw arrows and stars, and put in question marks. I went through the psalms and put in yellow crowns whenever I saw the word crown. Now when I read the Bible, I draw in stick figures, mountains, arrows, sheep and shepherd, soldiers, spears, and question marks.

I went to another talk and someone suggested the following exercise.

First step: without using or opening your Bible, get a piece of paper and jot down all the texts in the Bible that you can think of—without worrying how the passage is worded or without knowing the text numbers or the book that it is in.

I tried it and jotted down these texts: “turn the other cheek”; “Go the extra mile”; “Judge not lest you be judges”; “Let him without sin cast the first stone”; “Stop seeing the spots in your brother or sister’s eyes when you don’t notice the log in your own”; “There were 10 people who were cured of leprosy and only one came back to say thanks”; “When you pray, don’t make a big show of it. Pray in secret”; “Be a good Samaritan—don’t pass people by who are stuck”; “Forgive 70 times 7 times.”

Surprise! I came up with pages and pages of all kinds of texts and stories. The speaker said that we have a lot more of the Bible written in our memories than we realize. She jokingly said that people doing this exercise have come up with texts that were not in the Bible.

Second step: borrow a concordance that lists all the key words of the Bible and put the text numbers next to your handwritten quotes.

Third step: rewrite all the texts you have listed with the words that are in the Bible. Use a translation that grabs you. Many of the texts that are in our memories arte from an earlier translation. Get one that you like.

Last step: look at your list. What are the texts that you really go by in your daily living? List the top ten.

By doing this, you will have a good idea about how much of the Bible you already own.

I once asked Jesuit Father Frank Miles, a retreat director at the Jesuit Center for Spiritual Growth in Wernersville, Pennsylvania, how many Bible texts he used in directing people on retreats. He said that he uses somewhere around 75 texts. He explained that these were the texts that he had spent a lot of time with in prayer or that people had taught him about from their praying with the Lord. He said that they, too, slowly became his,

Suggestion: if you want to own the Bible, don’t start on page one. Start by texts. Start by your favorite stories. In fact, Genesis, chapter one, page one could be the worst place to start reading the Bible.

The Bible is a library of about 70 books. When we go to the library, we don’t take out the first book we see. We browse. Pick a short book of the Bible that grabs you. Read the Book of Ruth or the Letter of James. I have yet to meet anyone who has read the Letter of James and didn’t gain something by it. But I’ve heard of several people who gave up reading the Bible because they started with Genesis. All those strange sounding names, all those begets and begats, all those people who lived for 600 to 800 years were too much for them.

Suggestion: get a Bible that you feel comfortable with. Before you pick it up, say the command that is given in Eastern Rite churches when the Bible is held high in the air at liturgy. Just before scripture is read, the leader says, “Wisdom! Be attentive!” Or before you open your Bible, say the prayer of Samuel: “Speak, Lord, your servant is listening.”