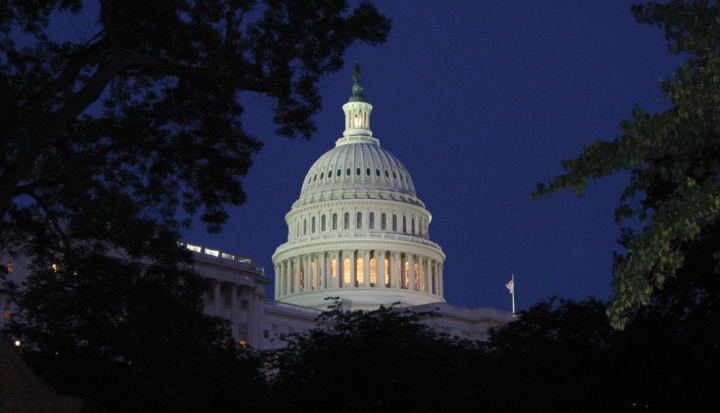 Figuring discretionary spending the better part of valor, President Trump and the U.S. Congress avoided another potential government shutdown in April and punted the 2017 budget down the road to September.

The next budget negotiation will probably prove more contentious. In March the White House released its “America First: A Budget Blueprint to Make America Great Again.” The Trump administration’s plan remains thin on details—and the heralded blueprint will certainly not withstand congressional scrutiny without substantial changes—but it does serve as an indicator of how the president intends to govern and what his priorities are for 2018 and beyond. Many of those priorities are in stark contrast to those of the church’s social teaching tradition.

Trump proposes significantly more resources for immigration enforcement, including the initial work on his near mythical border wall, paid for in U.S. dollars, not Mexican pesos. That emphasis distances the nation further from the comprehensive immigration reform supported by U.S. bishops and church hopes that family stability will be factored above the letter of the law on deportation policy.

With an additional $54 billion, President Trump seeks a significant boost to U.S. defense spending. At $603 billion in 2018, America would be the biggest defense spender in the world, devoting more money to its military than the next eight big spenders combined and paid for by substantial cutbacks in a number of crucial federal departments—among them the Environmental Protection Agency.

Pope Francis has made care for creation a primary concern for the church, even going so far as to call it a new spiritual and corporal work of mercy. But the Trump administration’s plan defunds the EPA and other federal agencies charged with reducing greenhouse gas emissions and mitigating the worst effects of climate change.

The proposed defense boost is also to be offset by significant cuts to the State Department budget—especially foreign aid—and will demand a thousand different cuts to antipoverty programs, including housing, heating, and nutrition assistance. Those spending priorities run directly counter to the church’s preferential option for the poor, which proposes that in a just society the needs of the most vulnerable people are among the chief considerations.

The preferential option is a moral obligation that extends beyond U.S. borders. But the Trump administration proposes to put America first by gutting foreign aid and development assistance that could save lives and help build up economies in nations around the world. And denying resources to the State Department during a time of such international discord and complexity seems especially wrongheaded.

Pope Francis and Vatican diplomats consistently emphasize the importance of dialogue, negotiation, and multilateralism. Dead-end conflicts like those in Yemen and Syria suggest the pointlessness of military fixes for complex and nuanced geopolitical clashes. The United States has already demonstrated an unfortunate propensity for relying too much on military might to achieve its international aims. Diminishing resources for negotiation while ginning up gadgetry for defense should only exacerbate this tendency.

The America First agenda that the Trump administration proposes gives budgetary primacy to defense and border enforcement, precisely overturning what the church would consider a morally ordered budget document. Fortunately Catholics are called to participate in their nation’s politics not just when it is time to vote but in communication with their elected representatives as budgets and policies and priorities are set.

There is work to do ahead.