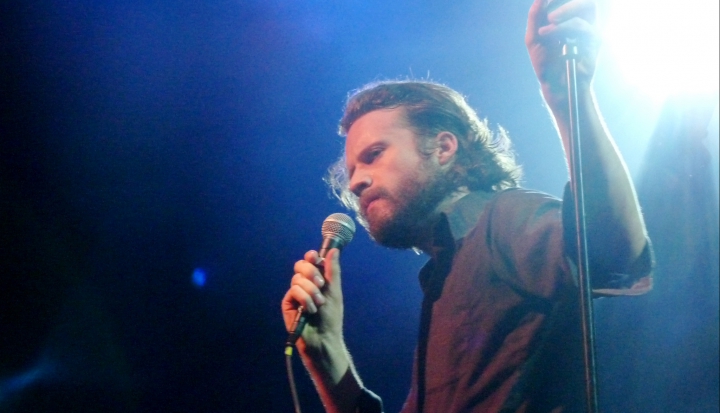 Joshua Tillman is a prolific indie folk/rock musician with eight studio albums under his belt. But it’s under the name Father John Misty (a persona, not a priest) that Tillman has achieved notoriety.

In April Tillman released the eagerly anticipated Pure Comedy. Just a few weeks after its debut, the 13-track album had reached No. 1 on Billboard’s Americana/Folk Albums chart (ahead of the Lumineers’ Cleopatra). Tillman jumps, lushly with his Elton John-like harmonies and the backing band’s orchestral horns, into the title track “Pure Comedy,” which takes a shot at religious hypocrisy: “Oh their religions are the best / They worship themselves yet … they get terribly upset when you question their sacred texts … And how's this for irony, their idea of being free is a prison of beliefs.”

It might seem that the overly self-aware and at times depressive Father John would wallow in political and religious rancor on Pure Comedy, but he also winks at his persona. “Leaving LA” continues Misty’s diatribe against materialistic phonies in the entertainment world but leaves room for some astute self-reflection: “So why is it I’m so distraught that what I’m selling is getting bought. At some point you just can’t control what people use your fake name for.”

His vocals are Kenny Loggins pure and ethereal on tracks like “So I’m Growing Old on Magic Mountain,” about a utopia (or dystopia) of sorts—a place no one ever grows out of. “Smoochie” reaches out to a trusted companion, someone to “stand alongside … when my door of madness is half-open.”

With the album Tillman gifted his fans an 1,800-word essay about the meaning behind the songs. It’s not essential to know any of it. Between the lush arrangements and melodies, Pure Comedy is pure joyful listening.