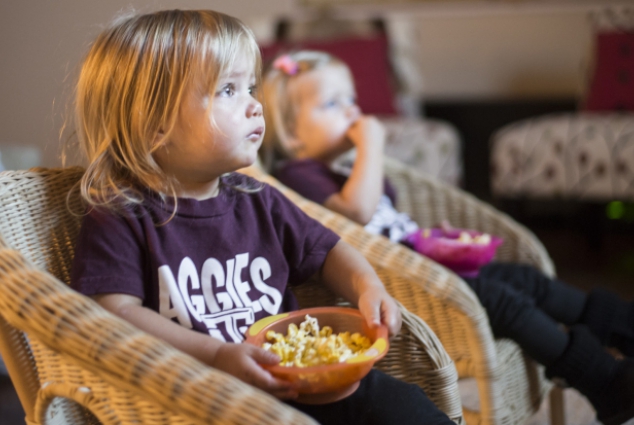 In his book The Rhythm of Life (Beacon Publishing), Catholic writer and speaker Matthew Kelly discusses his favorite childhood film, Willy Wonka & the Chocolate Factory. In particular, he recounts the final scene when Charlie sets the Everlasting Gobstopper down on Mr. Wonka’s desk, thereby giving up any reward promised by Wonka’s competition, Mr. Slugworth. All we see is the back of Wonka, then a close-up of his hand as he gently places it atop the returned Gobstopper. This selfless return prompts Wonka to whisper, “And so shines a good deed in a weary world.” After this good deed, Wonka spins around, swoops Charlie up in his arms, and gives him the whole chocolate factory. But it’s not the largesse of the factory that remains with those of us who love the film; it’s the unassuming goodness of Charlie and Grandpa Joe that keeps us coming back for more.

Much like Kelly, my siblings and I had a much-used VHS copy of Willy Wonka that strained under the repetitive rewinding it endured from countless viewings. Even as a very young girl, the simplicity and virtue of Charlie’s Dickensian childhood appealed to me. I didn’t need anyone to explain to me that Charlie was already rich with family and love well before Wonka actually made him rich with money. There are some things children are just born understanding.

This innate awareness of morality is supported by the research of Karen Wynn and Paul Bloom who run Yale University’s Infant Cognition Center, also known as the Baby Lab. About 10 years ago, Wynn and Bloom performed a series of experiments on babies under age 2 to decide if we are really born “blank slates” as philosophers have suggested. Using a puppet show, the scientists introduced the babies to two characters: one who performs morally good actions and one who performs morally bad ones, like slamming a box shut when a friend reaches for a toy. After the experiment the children were offered both puppets. Eighty percent of the children chose the kind, friendly puppet. Bloom argues this is proof of our inherent moral sensibility: “We are naturally moral beings, but our environments can enhance—or, sadly, degrade—this innate moral sense.”

Research from the last few years refutes the Baby Lab findings and argues instead that children do not have the cognitive ability to discern the morality of the programming being presented to them. In an interview with NPR in January of 2015, Seeta Pai, vice president of Common Sense Media, argued, “Research among U.S. populations of kids indicates that this ability to articulate a moral theme develops fairly slowly, emerging only around age 9 or 10.”

If this is true, none of the positive lessons presented by VeggieTales, Curious George, or Daniel Tiger’s Neighborhood are having any impact on our children at all, which is a real shame considering how much television our children watch. A study done by the University of Michigan reports that “TV viewing among kids is at an eight-year high. On average, children ages 2–5 spend 32 hours a week in front of a TV—watching television, DVDs, DVR, and videos, and using a game console. Kids ages 6–11 spend about 28 hours a week in front of the TV.”

According to Pai’s research, our younger children lack the mental capacity and social maturity to understand the nuances of good behavior on the television screen, which begs the question: What exactly are they getting from it?

Rather than talking to toddlers, I polled a group of 18- to 24-year-olds and asked them what their favorite childhood shows were. The logic behind investigating this group’s childhood viewing habits is that unlike small children, these young adults should have the capacity for understanding the morality of the programming they watched. Additionally, because Nickelodeon and Cartoon Network debuted in the ’90s, this group is the first generation for whom children’s programming became ubiquitous. Before this time, children only had Saturday morning cartoons, which were for entertainment only and which did not declare their educational and social value with bulleted points before each episode, as Nick Jr. does now.

The polled subjects were giddy with their responses, immediately shouting out programs like Blue’s Clues, Dora the Explorer, Powerpuff Girls, and Scooby Doo, as well as movies like The Lion King. When asked what they learned from the shows, the group was less responsive.

“Stick with your friends even when you’re afraid,” said one Scooby Doo fan.

Leaning on my own recollection of Willy Wonka, children get the moral values presented through the media. Never in my life have I met a child lacking an innate sense of goodness and a natural hunger for God. Sure, children hit, talk back, and lie, but these actions are not born from a place of not understanding right and wrong. Rather, they come from not yet having learned how to handle their emotions in a variety of social and familial situations.

As the Baby Lab researchers suggest, our innate moral code can either be enhanced or degraded. One of the ways we can become aware of this as parents is to monitor what our children watch on television. When asked what shows modern parents trust the most, the majority mentioned sweet, simple shows like Daniel Tiger’s Neighborhood, Curious George, and Wild Kratts. All of these shows do a commendable job of modeling positive social behavior and the active pursuit of learning. With the necessary addition of parental involvement, the instruction on these shows can begin to enrich the moral code our children are born with.

A popular example of this is the song “Use Your Words and Say How You Feel” from Daniel Tiger’s Neighborhood. Many parents rely on this song when an outbreak of anger or frustration arises because its lyrics encourage children to express their emotions with words rather than kicking their toys or hitting their siblings. In our own house, I find myself singing the theme song to the show The Wonder Pets when my children begin to groan about cleaning up their play area. A few lines of “What’s it gonna take? Teamwork!” has enough magic to get us all in a better mood while we tidy up.

In addition to sharing his love for Willy Wonka & the Chocolate Factory, Matthew Kelly shares in The Rhythm of Life that we become the stories we listen to. Every narrative, character, and idea we are introduced to influences who we are and how our moral structure is coded. Of course, television does not raise our children for us. That’s our job. But what our children watch can have a positive influence on them. Matthew Kelly did not become the man he is because of Charlie Bucket, but the enduring goodness in that character clearly had a positive influence. That’s the power of storytelling. Children love television and movies for the same reasons we all do. We want the satisfaction of meaning. We want to learn. We want to be transported by the characters, settings, and narratives as they transform who we are.

Any study that suggests children cannot decipher the moral narratives of television and learn from them is denying an essential truth of the human experience. From our very first days to our last, we are becoming the stories we listen to. Every image, every idea, every exchange adds or takes away from who we are. While my 2-year-old may not understand the specific details of the storyline in Curious George, she gets that George loves and is loved. For now, that’s all she needs to understand. While neither my husband nor I will leave the job of raising our children with a strong moral code to the television or DVD player, we will continue to recognize the value of what our children experience there and carefully monitor what they are introduced to as their own stories continue to take shape.