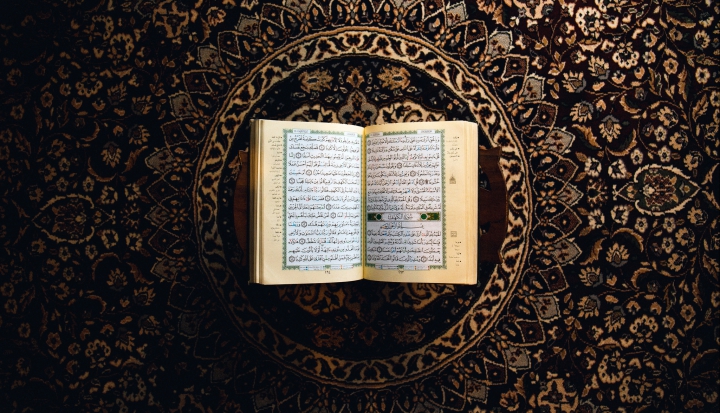 When I had heard that a Christian pastor in Florida was planning to burn the Quran as an evil book, I shuddered. My friend Abdul recites the Quran and finds comfort and inspiration in it. I first met Abdul while he was in graduate school, about 20 years ago. I had tried a few times to read the Quran to learn more about his Muslim faith. At the time I found it confusing and frustrating, but not worthy of incineration.

My curiosity about the Quran lingered over the years until, again through Abdul’s generous invitation, I had a chance to encounter it while living in Egypt for a few months.

Living as a Catholic, talking, walking, eating, and laughing together with Muslims, I engaged in what Cardinal Francis Arinze has termed “the dialogue of religious experience.” We shared stories, jokes, and recipes, but we also shared our prayers and love of God. I sought to understand their faith life as only another believer can, not through the study of comparative theology, but by the sharing of hearts.

Through repeated frustration, I realized that the Quran is not like the Bible. It does not contain sustained stories of a people engaged in the divine drama that spans millennia as does our scripture. On the contrary, the Quran contains very little that is sustained over more than a few verses. At times it feels akin to reading something taped together from a shredding machine.

This impression is partly due to the manner of its development. Muslims believe the Quran was revealed to Muhammad over the course of two decades in the latter half of his life, 610–632. Muhammad, who is believed to have been illiterate, recited what he heard to his followers, who continually committed to memory each new set of verses as they were revealed, writing them also on whatever was available, including camel bones and pot shards.

Most of the revelations came as verses directed to particular settings or dilemmas, not as a sustained narrative, though certain themes to carry throughout. Within two decades after Muhammad’s death, the verses of the Quran were gathered into the form that we see today. It is not organized by chronology, but rather by length of chapter, longest to shortest.

The angel Gabriel figures strongly in both traditions and can help in understanding the parallels. In Christianity, Gabriel appears to Mary, who conceives the word of God made human flesh in her womb as Jesus. In Islam, the angel Gabriel appears to Muhammad, who receives the word of God made human sound in his hearing and recitation as the Quran. Both Jesus and the Quran are perceived by followers to be the direct embodiment of God’s word.

Christians recognize Jesus as God’s word made incarnate. Muslims hold the Quran to be God’s word made “insonant.” True, the Quran was eventually written, but today recitation is still the primary way most Muslims experience it.

The Quran is an aural encounter, surround sound throughout the day. Beside the five daily calls to prayer, it seemed each time I would ride in a minibus or take a taxi there was a cassette of Quran recitation playing in the sound system, or the short opening chapter might be recited together with friends at the end of an evening of visiting.

The very sound of the Quran becomes the mediator of the transcendent, the insonant presence of God. During the holy month of Ramadan, when it is believed the Quran was first revealed, Muslims will try to recite or listen to the entire book as a way to participate in what is for them a most holy miracle.

One family with whom I shared several evenings welcomes a woman teacher of Quran to their home each week to help them memorize and chant the verses with correct and beautiful pronunciation. The daughters wear their nice clothes and hijabs in respect for the Quran, which is especially present to them in study and in the knowledge of their teacher, who has herself memorized its entirety. I sat with them on the floor on those evenings, enveloped in sound, eyes closed, while the Arabic gently reverberated through the room and through the souls.

Once I came to understand the almost mystical place of the Quran in Muslim life, I felt that I better understood two realities.

One is that it can make little difference for some believers whether they understand the words that are recited because the very hearing itself can be efficacious. There is an extraordinary beauty to recited Arabic that is entirely absent from reading it and even more profoundly removed from translation.

Karen Armstrong points out that it is something like those of us with no musical training whosoever looking at sheet music from a symphony—what do all those marks and lines on the page possibly mean? But place us in a music hall for a live performance, and though the sheet music will be no more intelligible than it was before, the beauty and the power of what it signifies are mightily embodied in the experience.

Second, it struck me how easy it might be for illiterate followers, especially those who are not Arabic-speaking, to be deceived. Lacking an ability to read the text for themselves, they must depend on religious leaders or other interpreters to color the message for them.

The beauty of recited Arabic notwithstanding, I wanted also to read the Quran in English and begin to understand the words. Fortuitously, I received a game-changing bit of advice in conversation with a young mother, who explained how children first encounter the Quran. Children in Arab cultures practice their reading and writing skills by copying and memorizing verses from the Quran, and they start from the last chapters of the Quran, which are the shortest. Many are as brief as eight verses or less, while the beginning chapter (where I had tried to start my reading) has nearly 300 verses.

Trying to read the Quran from the beginning bogs one down in the longest and most complex writing it offers; starting from the back introduces the message through evocative and moving images. Why did no one tell me earlier that “the last will be first” applies to Quran reading?

Reading the Quran from back to front makes good sense because ironically these last chapters are believed to be the verses that were revealed first to Muhammad, very early in his experience as a prophet. The first chapters in the Quran are revealed in a later time of life when he was structuring and defending a new community in struggling circumstances.

These short last chapters are reminiscent of the biblical psalms—intimate, challenging, and comforting. They convey a sense of the serious nature of life in the awesome majesty of God and human accountability before their creator. The proximity of the “Day of Reckoning,” the last judgment when all humanity will be sifted, hovers very close to the human heart. One friends shared that she imagines the Day of Reckoning each time she prays, then she bows before God to draw strength from his love to do better.

The Quran longs to convince its hearers of the fragile and temporary nature of human life on earth, and of the eternal significance of the life to come. Every tiny fleeting moment of good and every tiny fleeting moment of ill is recorded and will be revealed to each of us at the Day of Reckoning. Woe to those whose balance sheet comes up short; the torments of the Quran describes for them in Jahannam are worthy of Dante’s Inferno.

But for those who heeds its word, by practicing generosity, caring for the poor and praying, the reward is a banquet in the garden of paradise with rivers of pure water, of milk, of honey, and of wine. The descriptions of paradise include reunion with family members and beautiful companions; handsome attendants will serve the blessed, seated on cushions reclining at the meal. These attendants, by the way, are both female and male, and their modesty is clear.

The generosity I saw in Egypt was echoes and grounded in my reading. “Woe to the one who piles up wealth and lays it by counting, thinking that his wealth would make him last forever,” warns chapter 104. “The mutual rivalry for piling up the things of this world diverts you from the more serious things,” echoes chapter 102. The way to reward is “freeing the slave; giving of food in a day of hunger, to the orphan or to the indigent,” instructs chapter 90. There is so much that rings true in my Christian heart and challenges the temptation of our materialist culture.

By the time by backward reading had brought me to the long early chapters I found them more understandable with the others as a basis. Their historical context is akin to the biblical book of Joshua describing the attack on Canaan by the Israelites. It has the similar sense of a people with a message from God seeking to establish themselves as a new community; those who impeded this people or their message risk not only defeat but damnation.

My reading also revealed irreconcilable differences between our Christian and Islamic faiths, areas that brought a sharp pain of contradictions and the challenge of disagreement. Over conversation with a sincere young man, I learned with new and frustrating depth the inadequacy of words to convey ineffable reality. The profound truths at the center of my faith could sound like no more than mythology to his grasp of them. As I shook my head and he furrowed his brow, in the end we could only bow before the mystery of God and trust in the love we shared for him.

Muslims with whom I spoke frequently commented with anger about those who pervert the faith through violence. Though I remain frightened by those who seek to legitimate violence today through select verses of any holy scripture, it is ordinary Muslims who bring me perspective as they respond to these verses the way many of us handle violence in the Bible: We recognize these verses can hold no authority to outweigh the message of God’s care for humanity.

Those who caricature Islam as a religion of violence may never change their views, but my experience of the Quran and Muslims has strengthened both my Catholic faith and respect for Islam. I have come to see a beauty—“a ray of that truth which enlightens all humanity,” in the words of the Second Vatican Council—that is not discredited by those who fail to live its message, nor by disputes over its proper interpretation.

The ignorance and fear that too often characterize American’s response to Islam continues to distress me, but it also confirms my belief that Christian-Muslim dialogue will remain an important task for our descendants in the century ahead.

So, though some may threaten to burn it, I will happily and with hope tuck my battered copy of the Quran next to my well-worn Bible—both now filled with marginal notes and prayers—into the trunk of my grandchildren’s inheritance.