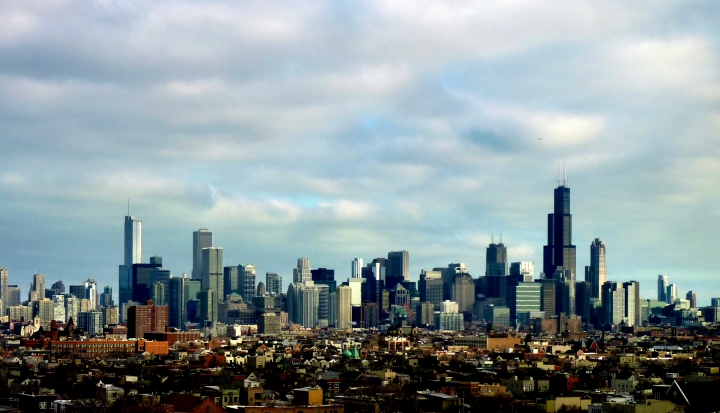 Natalie Moore’s book The South Side: A Portrait of Chicago and American Segregation (St. Martin’s Press) focuses primarily on the Windy City. But the topics she covers—housing policies, real estate markets, white flight, and school integration, among others—resonate across the country. She narrates how housing policies have historically undervalued and thus oppressed black people across the country and exposes a racist system, piece by piece, for what it is: inequitable, unjust, sinful.

Moore shares her own story of growing up in a middle-class neighborhood on Chicago’s South Side and shows how unjust housing policies keep communities of color from building wealth in the same way white communities are able to. “Some of the highest praise that I’ve gotten is from black people on the South Side of different ages who’ve said things like, ‘I have felt all these things but didn’t know what to call it. I didn’t know how to articulate it,’ ” she says.

Accolades for The South Side keep coming. It’s a New York Times bestseller. BuzzFeed named it one of its Best Nonfiction Books of 2016. And the Chicago Public Library reported that it was one of its most borrowed books last year. The book is earning praise from readers both black and white. The editors asked Moore if that surprised her.

“I really didn’t think about white people when I was writing the book,” she says. “I think it’s important to not get caught up in, ‘What’s a white people kind of thing? Is this going to appeal to them?’ I just had to be as authentic and honest and factual as I could be.”

What inspired you to write The South Side?

The book was really a combination of many years of reporting at WBEZ, Chicago’s NPR affiliate. I cover a lot of issues around housing and economic development, and I felt that all roads were leading back to segregation. This was an issue that was accepted as the status quo in the city and region. It wasn’t interrogated enough.

I wanted to make a case that until we deal with the issue of segregation, we’re going to continue to be a city and region of inequities.

In your book you question whether the American Dream—the notion that anyone in America can build wealth through homeownership—is equally achievable. What are some things you found in your research?

In Chicago, black people always do the best with what they have, and so we see high rates of homeownership in a number of communities on the South Side. We see strong neighborhoods, but even if you’re doing the right thing, if you’re in a black neighborhood or in any neighborhood that’s 10 percent black, your home value starts going down. This is based on skin color. It’s based on racial perception, and this has been codified not just through law but though lending practices and how banks don’t value black homeowners.

In black neighborhoods there is a “black tax.” Maybe the neighborhood doesn’t have any amenities or retail. In the suburbs we see vacant land as open land. But on the south and southwest sides of Chicago, we consider that blight or vacant land. Vacant and open land sound very different.

If this country has said, “Homeownership is how you do wealth building,” what does it mean to have a group of people who are systematically outside of that opportunity?

Chicago just came off the heels of celebrating 100 years of the Great Migration, when 6 million black people left the South to come north. Chicago was one of those destinations.

As soon as black southerners stepped off the train and arrived here, they were greeted by a host of laws or policies that discriminated against them, especially in terms of housing. There was redlining, racially restrictive rental covenants, and the real estate industry steering whites and blacks into different areas of the city. Black people in Chicago were confined to the “Black Belt.”

In 1948 racially restrictive covenants were struck down. But even before that, writer Lorraine Hansberry’s father sued landowners in the neighborhood after the family was forced out of a white neighborhood because of racist housing restrictions. The Supreme Court ruled in favor of Hansberry, but not because of racial justice. It was because not enough homeowners in the area had signed the paperwork agreeing to the covenants that said that no blacks were allowed. It was on a technicality. The play A Raisin in the Sun is based on the experiences that her family had when they moved into a white neighborhood.

Was this sort of thing only happening in Chicago?

There are plenty of examples in Chicago and elsewhere. I call this Jim Crow in the North. Even when those practices dissolved and the laws were changed, this system of inequity had already been created. And then we saw white flight happen.

White flight didn’t happen in some sort of vacuum. People didn’t go out and be home starters somewhere on their own. Maps from the Home Owners Loan Corporation in the 1930s, that have recently been made publically accessible, have neighborhood descriptions and commentary such as, “You see how Negro encroachment is coming into this area.” Banks and the Federal Housing Administration would consult these maps for lending purposes. So, in a way, the federal government was complicit in white flight. The government intentionally created opportunities for development in the suburbs and implemented policies that favored loans to white people in these new communities. Then they built roads for people to get to those communities.

Have there been efforts to desegregate Chicago?

There haven’t been many efforts. The city’s mayor in the 1960s, Richard J. Daley, pretty much thumbed his nose at the Justice Department whenever they wanted to come in and make sure Chicago was desegregating its schools.

Integration had been a failure, and after the Justice Department sued again in 1980 they issued a consent decree that said the busing was voluntary. The students didn’t have to participate in integration efforts.

Are there any racially integrated areas in Chicago?

For the neighborhoods like far South Side Beverly that have been integrated, it’s been deliberate.

Beverly didn’t want to be a neighborhood of white flight. So in the 1970s, some of the white residents felt that integration was inevitable. They asked themselves, “So what do we do?” They answered that by taking on the real estate industry.

Beverly has tried not to make white parts or black parts of the neighborhood. They’ve tried to make their schools assets. The community took the issue in its own hands. A truly integrated community is something that has to be worked at.

You write in the book how you were part of a desegregation effort. What was that experience like?

I was part of a desegregation effort in schools, actually a last ditch effort. When I was researching the education chapter of the book, I originally thought the question I was trying to answer was, “Why doesn’t anyone talk about integration?” I realized that was the wrong question because Chicago Public Schools (CPS) are only 9 percent white. I still think we can have those conversations about integration. That doesn’t absolve the district from dealing with segregation, especially considering how my WBEZ colleagues have done a number of stories on CPS building policies that still perpetuate racial and economic segregation.

It was a positive experience. We hear busing and desegregation called “social engineering.” But I didn’t really know I was bused until I went to college. I just thought I took the bus to school. In 1981, when I was in kindergarten, there wasn’t any racial animosity that I saw either from teachers, parents, or students. I just thought, “The black kids mostly don’t live in this neighborhood,” or, “Oh, a lot of the white moms in this community don’t work. They come up to school.” I noticed difference, but it was just an experience that broadened me. I loved my school.

Why do schools matter when we talk about desegregation?

Some of the pushback on integration is that schools just reflect the racial makeup of the neighborhoods they’re in. Of course that is true, but integration in schools isn’t about diversity as much as it is about equity. Research shows that all children benefit from integration. White children benefit, too. Learning isn’t just school. It’s also exposure.

Beverly is not a racial utopia. There are problems in Beverly, but they’re not so widespread that people are leaving, that they feel uncomfortable enough to sell their houses and move elsewhere. If you own your home in Beverly, you can know that you made a wise purchase. Maybe you’re not potlucking with your white neighbors, but the integration contributes to the stability of the neighborhood and the quality of the schools.

What about thriving black communities? Do you think they should be integrated?

For me, desegregation and integration aren’t about white affirmation. It’s not, “We need white people to make our neighborhoods better. We need white people to justify our existence.” You can have a strong, thriving—thriving by whatever measurements you want—community, but you’re still going to have lower home value. That is just the reality.

No one ever says, regardless of race, “I want to live in a community with terrible schools and unsafe streets.” Everybody wants the same thing. I was speaking to a group of public school teachers recently, and someone said, “I just want us to make brown and black communities strong and thriving.”

Dorothy Brown, a tax professor who’s done a lot of work around this, has said, “I’m not telling people not to buy in black neighborhoods. What I’m saying is diversify your income because wealth building is attached to home ownership.”

My grandparents did well owning their home, so my mother’s parents sent her to college, and my dad went into the armed forces first, then came back and went to school. They had nice lives largely because they owned homes. They also had some investment properties, but they just would have been able to build more. That’s what I mean about black people doing well with what they’re given. Despite all of the discrimination, we still see people buy homes and make some money and live out the American Dream.

They just have been undermined, to some degree, while doing it, even if they didn’t know it.