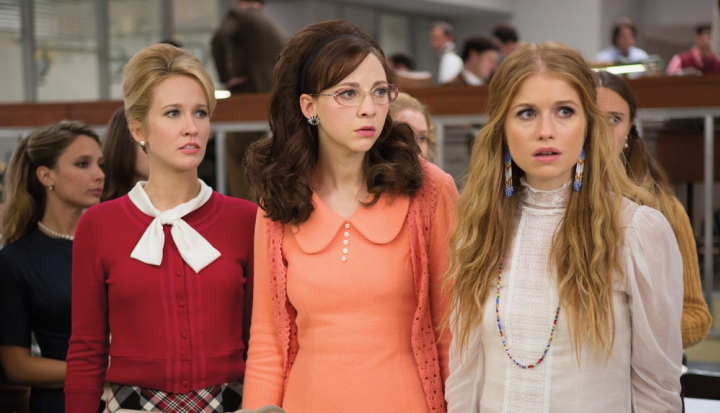 Once upon a time, in 1969, women weren’t “allowed” to wear slacks at the office. This wasn’t for modesty—miniskirts and tight dresses were fine, 9–5. The dress code was to keep gender differences clearly delineated, as in the classic insult to assertive wives: “She wears the pants in that family.” When the chino ceiling finally cracked in office buildings across America, women could wear trousers in public, but only if they also wore a matching jacket. The female pantsuit was born.

In the 1960s women were paid roughly half of what men earned, about 59 cents for every dollar a man took home. Fifty years later, women now earn 78 cents on the male dollar, so we’ve got that going for us. According to the U.S. Census Bureau, the rate of approaching pay equity has actually slowed in recent years, and 2152 is projected as the year when men and women will finally receive equal pay for equal work.

That means it will take another 135 years and five more generations of women before women and men earn equal wages. That’s more than 200 years after the National War Labor Board encouraged employers to pay women equitably in 1942 and almost 200 years after the Equal Pay Act was enacted in 1963.

In short, the gender wage gap is a riveting current issue affecting women right now and into the far, far future. And it’s just one reason for the popularity of Amazon’s streaming series released in late October, Good Girls Revolt.

Like Mad Men, the period drama of advertising life in the ’60s, Good Girls Revolt is an engrossing (and educational) bit of time travel back to the world of news magazines in New York. The female researchers and male reporters at News of the Week, a thinly disguised Newsweek magazine, are immersed in the leading stories of the day: Vietnam, the Black Panther movement, women’s rights. And oh, the boots, the granny dresses, the wire-rimmed glasses, the fringed leather vests. The lava lamps, the rock concert posters, the vinyl albums playing on stereos, the utter lack of earbuds. The dependence on telephones that were tethered to cords and the lack of Google. The clack of typewriters on paper and the magazine design that uses a light table and no Photoshop.

The magazine staff is made up of male reporters who get bylines and twice the pay and female researchers who sometimes write stories without any credit and who come when summoned: “Go get your girl.” A long-time researcher tells a new hire: “They’re reporters, we’re researchers. We investigate and write files for the reporters, they do a pass on them, put their hands on them, and then the stories go to press.”

Researcher Patti Robinson wears long hair and short skirts, is tuned in to the political and musical climate of the ’60s, and has more passion for the job than does her reporter, Doug Rhodes. A fellow researcher, Jane Hollander, is cracklingly competent, but endures lunches with her wealthy father who wants her to work at a law firm where she might meet “more suitable” men, marry, and stop working. A third researcher, Cindy Reston, is trapped in a marriage with a controlling husband who pokes a hole in her diaphragm, hoping she’ll get pregnant and stay home.

Female applicants for a researcher job are asked for their waist measurement while male reporters hoot in the background. When a researcher scores a tough interview, her male coworkers say, “Atta girl, Patti” or, “You’re pretty cute when you’ve got a scoop.” At the end of a business meeting, an editor asks a researcher, “Young lady, can you get me a cup of coffee?” At a consciousness-raising meeting of the nascent Second Wave women’s movement, a leader asks, “How many of you have ever slept with your boss?” and almost all the women present raise their hands.

What Good Girls Revolt is so very, very good at is capturing the subtle, nuanced, often benevolent sexism of its age—and helping us recognize its iterations in our current historic moment. Good Girls Revolt makes current workplace discrimination visible (sometimes for the first time, according to fan blogs) to millennials who might have felt theirs is a world in which feminism is no longer relevant and activism for women’s rights no longer needed.

The series is a hit, with glowing reviews, high online ratings, and lively industry buzz. But in an ironic twist that could be aGood Girls Revolt plotline, the show about gender discrimination in the media was just cancelled by Amazon. The Atlantic called the cancellation “infuriating” and an example of male-only decision-making that might have been reversed if women were present at the conference table.

TagsCulture in Context Sex and sexuality TV and film 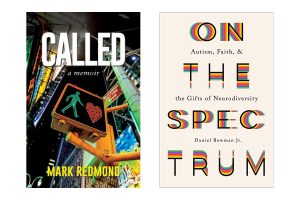 What we’re reading this month: October 2021