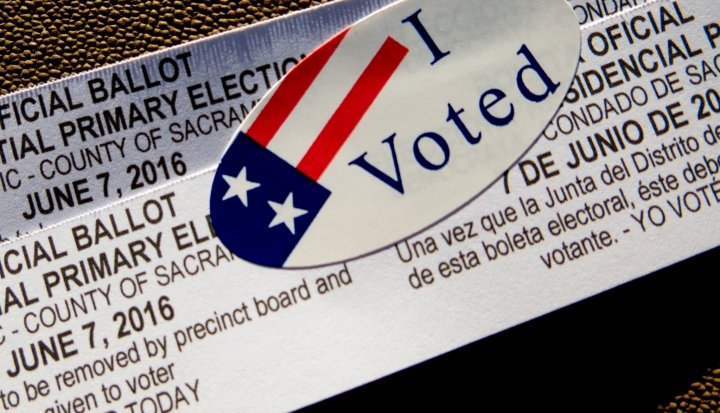 An RCIA director recently asked me to prepare a presentation on Catholic social teaching to a group of adults. Because of the particular town and state where this parish is located, I suspected my presentation would probably not find an enthusiastic reception. Unfortunately I was right. “So, is the Catholic Church just communist?” asked one attendee after I had finished. I explained how the teachings of the Catholic Church do not align with the positions of either political party and expressed my hope that the group might critically reexamine some of their political beliefs in light of Catholic social teaching. Members of the group almost immediately responded that these are not infallible teachings, and therefore do not constitute the essentials of the faith. They commented on how the church doesn’t really know what it’s talking about when dealing with political, social, or economic issues. The most balanced response I received was that we should respectfully ignore Catholic social teaching and break for cookies and punch.

This group isn’t unique; people on both sides of the political aisle adjust their faith to fit their politics, rather than their politics to fit their faith. Inevitably, every four years during presidential election cycles, some parishioner will tell me that I have the responsibility to announce from the pulpit that no one can vote for some specific candidate and still remain a “good” Catholic. However, the church’s views on political and social issues are too complicated to boil down to any one political party or creed. And, as Pope Francis stated in his recent apostolic exhortation, Amoris Laetitia (The Joy of Love), the church “has been called to form consciences, not to replace them.”

A 2012 Pew Research Center survey found that during the last four presidential elections, the “Catholic vote” was split in a pretty similar way to the population at large. White Catholics seem to favor Republicans more than the general population, but Hispanic Catholics overwhelmingly favor Democrats. Does being Catholic have any impact on people’s votes?

Over the years I have found it disappointingly predictable that if a Catholic identifies as a Republican, then he or she will likely disagree with every single position the U.S. Catholic bishops take on issues like poverty, social justice, immigration, health care, and gun violence. Similarly, if a Catholic identifies as a Democrat, then he or she will almost certainly disagree with the church on issues like the legalization of abortion, physician-assisted suicide, and same-sex marriage. When positions advocated by the church come into conflict with a person’s political party or ideology, it is the church that loses every single time.

Where can we go for help to transcend our preferred ideologies or partisan political allegiances? The United States Conference of Catholic Bishops (USCCB) is an organization that treats social issues in a way that transcends narrow partisan or ideological preferences. However, it’s not as if the positions advanced by the church are completely neutral. The positions promoted by the USCCB come only after prayerfully reflecting on society’s problems and the gospel of Jesus Christ. Of course this does not mean that the bishops are always right. But it does mean that their policy proposals are motivated by those things that should truly matter to Catholics.

A perfect example of this can be seen in the document the bishops have released during the last few presidential election cycles. The document is called “Forming Consciences for Faithful Citizenship.” As should be evident from the title, the document does not tell Catholics to vote for any particular candidate or party. But it does help identify the kinds of values and concerns that should guide what determines our vote.

Very few Catholics actually ever read “Faithful Citizenship,” and of those who do, very few like it. Most Catholics don’t object to the bishops’ calling for policies that are “focused on the dignity of every human being, the pursuit of the common good, and the protection of the weak and vulnerable.” However, Catholic Democrats are none too happy when the document warns against “a moral equivalence that makes no ethical distinctions between different kinds of issues involving life and dignity. The direct and intentional destruction of innocent human life from the moment of conception until natural death is always wrong and is not just one issue among many. It must always be opposed.” Smugness on the part of Catholic Republicans turns to indignation when they are told that it is also unacceptable to “misuse [these] necessary moral distinctions as a way of dismissing or ignoring other serious threats to human life and dignity.”

The bishops emphasize that the serious moral issues that should concern Catholics don’t easily fall along party lines. Abortion, the death penalty, religious freedom, unjust wars, physician-assisted suicide, torture, the failure to respond to those suffering from hunger or lack of health care, and immigration “are all serious moral issues that challenge our consciences and require us to act.”

And yet, despite the bishops’ admonition to carefully consider the moral implications of your vote, there are still Catholics who will argue that “all those other things” are just a matter of personal conscience or don’t really count. In their minds, a “real” Catholic still can’t vote for . But, in my opinion, this is just prejudice that pushes the gospel out of the way.

The church is called to form consciences, not replace them. “Faithful Citizenship” tells us that Catholics should not be one-issue voters. It tells us that there may be times when our well-formed conscience causes us to disqualify a candidate from consideration because of his or her support of an intrinsic evil like abortion or torture. Or, despite a particular candidate’s position on an intrinsic evil, a Catholic might vote for this candidate “for truly grave moral reasons,” that take into account the candidate’s “commitment, character, integrity, [or] ability to influence a given issue.”

In order to make these decisions about who to vote for, each individual Catholic is morally obliged to develop a well-formed conscience. This means watching the news, reading the papers, and talking to a wide range of people—some of whom have different beliefs than our own. There are a number of important questions we should ask ourselves if we truly want to reconcile our voting with our faith. First of all, we need to try as hard as we can to get the facts. Do we get good reliable information from trusted sources? Do we prayerfully reflect on what we have learned? Do we ask the Holy Spirit for guidance in our discernment? Are we able to reconcile our choices with scripture and what we know of Jesus’ life and teaching? Do we inform ourselves about the teaching of the Church on the various important issues? This all may seem overwhelming, but reading “Faithful Citizenship” before voting this month can be a good start.