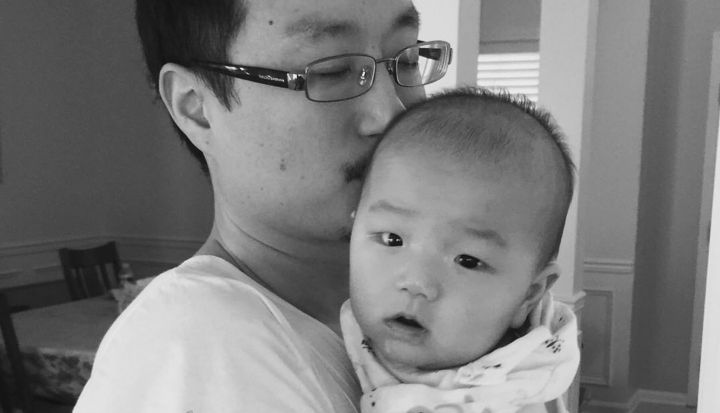 My first child was born in January and, as I hold him in my arms, I often think about how my wife and I will pass on our Catholic faith to him. However, almost immediately, my mind goes in a more negative direction. I find myself agonizing about the obstacles that he is going to face within our faith community. I wonder about how to teach my son to navigate gender roles and his own maleness within our Korean American Catholic faith community.

I believe this is one of the most problematic and least-addressed issues in my faith community. Thus, I have always felt it part of my personal vocation to have these discussions with Korean American Catholic communities, both for their own sake and for the sake of the wider church.

I often give talks at Korean American Catholic parishes about our communities’ (un)awareness of gender inequities. When I join a new community of my own (I have been a full member of at least eight Korean American Catholic communities over the years), I make an intentional effort to incorporate men into the life of the parish. This is especially important in those areas traditionally assigned to women: volunteering in the kitchen, working for CCD/Sunday school, or chaperoning the nursery.

When I start fighting for these measures, the pushback starts. At times, married Korean American men have called me a “public enemy” for forcing them out of their comfortable “male zone,” a place free of women and children where they are not expected to serve in the kitchen. At other times, especially after giving a talk on gender justice, I have been publicly accused of failing to open the door for female members of the parish or not allowing the women to eat first. All of this is an implicit effort to discredit me and the topics of my speeches by pointing out how I don’t practice what I preach. But to say that women are weak and need my help, or to force women into rigid gender expectations, is only paying lip service to women’s equality and policing gender stereotypes. I find these arguments inherently problematic. And, as a matter of fact, they demonstrate the points I am trying to make.

When Korean American Catholic communities control gender expectations so strictly, women are valued not for their roles in the community or the church, but instead for their identities as mothers and wives. “Many of my unmarried friends feel discriminated against and hear comments from the older generation to become nuns or get married,” says Elizabeth Oh, an adjunct professor of English at Harper College and a member of St. Paul Chong Hasang Korean American Catholic Church in the Chicago area. “There is a perceived hierarchy of women in many Korean American Catholic communities.” At the top of this ladder are “married women with children, then married women, then single women,” she explains.

While women often feel pressure to get married and have children in order to gain status, men also feel pressure to gain a conspicuous power in their community. Frances Park, the executive director of FIAT Foundation, Inc. in California and a master’s student in pastoral theology at Loyola Marymount University, says, “There are only a few women on decision-making committees such as vision, finance, mission, etc. For second generation women (who tend to be younger), this is nonexistent.” This is especially true because many of these men are unable to gain social and political power in American society at large due to barriers of language, culture, and racism. For example, older men often feel entitled to high-ranking positions on the parish council because of their years of membership in the parish, rather than because of their talents or drive toward lay ministry.

When I change my baby’s diaper or feed him a bottle in church, I am scorned for not competing for the limited positions of power within the parish hierarchy. People tell me that I have lost my power as a man, that I am on a leash, or that I am doing the work of a woman (of course, this last is meant as an insult). Even when many younger Korean Americans (and some older women) come up to me and encourage me, the fact that I’m taking an active role in parenting is still treated as somehow unusual or “unnatural.”

To be fair, these disapproving attitudes toward gender equity are not held by the entire Korean American community. By and large, they stem from the beliefs of first generation male immigrants, or the so-called 1.5 or trans-generation—men who were born in Korea but who migrated to the United States when they were small children. However, that doesn’t make the problems any less significant. Most Korean American Catholic churches are dominated and operated by these men. Even the priests who foster these communities are mostly sent from Korea or are of the Korean-born “1.5 generation.” This means that the following generations of Korean Americans must reap the unfortunate results of these gender constructions. We are left to deal with structures, attitudes, and subtle comments that constrain us from fully flourishing with our human dignity intact.

Korean American Catholic communities need to do more. But the wider church needs to support these communities as well. The question of gender roles is one that the church around the world is struggling with, and Korean American Catholics can both learn from them and join in the dialogue that is happening globally. It is helpful, for example, to hear from Pope Francis in The Joy of Love (Amoris Laetitia) that “A rigid approach [toward gender roles] turns into an overaccentuation of the masculine or feminine. . . . [that] can hinder the development of an individual’s abilities, to the point of leading him or her to think, for example, that it is not really masculine to cultivate art or dance, or not very feminine to exercise leadership.”

On the other hand, not all the Catholic discussion about gender and gender roles has been helpful to Korean Americans who are struggling with the issue. Women religious are questioning Pope Francis’ use of the term “feminine genius.” Women are excluded from many roles within the church, despite that The Joy of Love calls for “equal access to dignified work and roles of decision making.” There are still many gender issues for our global church to address.

The good news is that although the conversations I have started in Korean American communities around the country have been hard, I have also met with some success. At least two parishes now have men serving, cleaning, or cooking in their kitchens. A young adult group, despite a period of resistance, related their experiences of racism to that of women in the church in order to reach a consensus on the unjust treatment of women. On more than one occasion, women religious and female members of the community have come up to me after a talk and thanked me for “being a voice” for them and helping them “let out the lump in [their] hearts.”

I’m glad my pleas for gender equity are being heard. But it is my success on this last point that also concerns me. Because I am a male theologian, my voice is considered more authoritative in my faith community than a woman’s—either a theologian or a layperson. I try to use my louder voice for good. However, the faith community that I want to hand on to my son is one in which he doesn’t have to be an advocate for women in the church. I want him to be able to speak to his own experience and listen to women who are speaking to theirs.

It is only at this point that the church can start to realize what is central to Catholic social teaching, namely the shared dignity of all human beings. We may be taking baby steps in the right direction, but the Catholic Church as a whole needs to do more and to become an agent for change. May God’s light pierce through the barriers that separate us—male from female, Korean American from the greater church.

And may we, as a church, hand on the faith to the next generation, a generation that will be able to participate in divinely creative activity, becoming more fully who God intends them to be.

Hoon Choi is an assistant professor of World Christianity at Bellarmine University in Louisville, Kentucky.