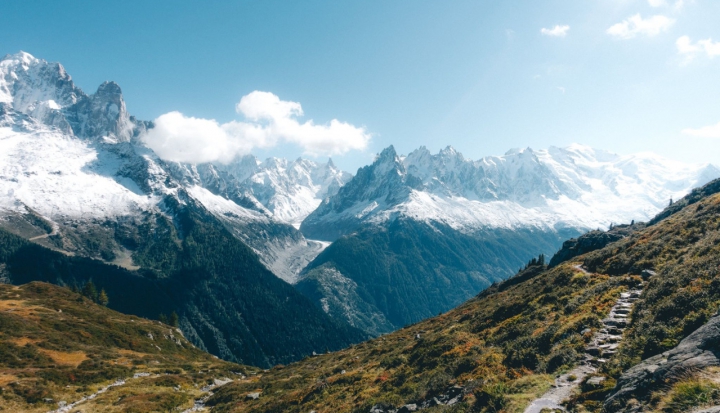 On a recent trip through Yellowstone, I encountered a couple crouched next to a tall spruce tree, binoculars up and muttering to each other. Then they grew excited, both spotting something, the man going for his camera, the woman on her smart phone. “I’ve got it!” she finally exclaimed. “A mountain chickadee!” They high-fived, overflowing with giddiness.

When I asked what they were so excited about, the woman announced proudly, “We’ve never seen one before.” She turned to her husband, but he was already gone, scrambling through the trees to catch a glimpse of a Northern Flicker that had just alighted in a nearby tree. Shaking her head with unhidden affection, she explained passionately how good birding was for both of them, how it had made both of them healthier and happier and strengthened their marriage.

This couple was so joyful, so carefree that it was impossible not to want what they had: a reverence for the natural world and an ability to be delighted by simple, ordinary beauty. I couldn’t help but think of Jesus’ exhortation against anxiety in the Sermon on the Mount: “Look at the birds of the air.”

Yet the birds are precisely what people are not considering in a world marked by busy schedules and the omnipresence of technology. Nearly 3 in 10 U.S. adults do not spend time outside on a daily basis, and almost half of those who do venture outdoors report that they do so for fewer than 30 minutes at a given time. Younger adults (under 35) spend even less time outdoors than older adults, largely due to increased time spent on digital devices.

There is a large body of literature on the effect that decreased time outside has on children. Science journalist Richard Louv, in his 2005 bestseller Last Child in the Woods, coined the term “nature-deficit disorder” to describe how a lack of time in nature contributes to such issues as obesity, attention deficit disorder, and depression. The response has been a range of initiatives to get kids outside—including First Lady Michelle Obama’s Let’s Move campaign.

But what about adults? In 2012 Louv took on this issue with The Nature Principle, which describes how adults also suffer from a chronic lack of nature in their lives. “For the jaded and weary among us, the outdoor world can expand our senses and reignite a sense of awe and wonder,” writes Louv. “Nature can help us feel fully alive.” Louv makes a compelling case that reconnecting to nature is beneficial for human health and well-being.

But the benefits of nature extend beyond the individual. Research also shows how time spent in nature connects us with our fellow humans and with the earth. One study of Chicago-area public housing suggests that developments with trees and green space around their buildings produce a greater sense of community and lower levels of crime. Studies using technology measuring brain activity show that the parts of the brain associated with empathy light up when participants see nature scenes. There is a growing recognition that simply getting people together outside has a dramatic positive impact on social capital.

Pope Francis has helped to move ecology to a more central place in the Catholic moral vision. The pope recognizes also that if this moral vision is to be convincing, it will involve a reconnection with the natural world. He holds up St. Francis as someone who was so immersed in nature and united to it with such unbreakable bonds of affection that he was able to call it “brother” and “sister.” And because, as the pope writes, “everything is connected,” a concern for and love of nature is inseparable from “justice for the poor, commitment to society, and interior peace.”

There are numerous arguments for the importance of time outdoors, but the most important—and indeed, the most convincing one—is found just out the door where the birds and flowers are waiting to be observed and to pass on the timeless wisdom that Jesus once saw in them.