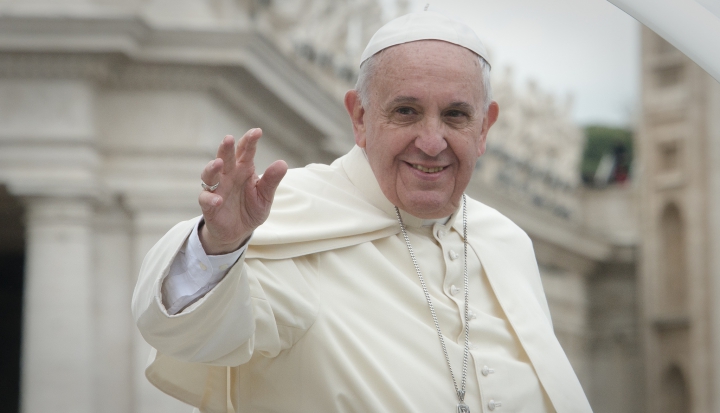 What role does conscience play in moral decision-making? The answer to this question may explain much of the controversy surrounding Pope Francis’ recently released Apostolic Exhortation, Amoris Laetitia (The Joy of Love). Pope Francis writes that the church has “been called to form consciences, not to replace them”; this understanding of the church’s role in conscience, ethics, and moral decisions says much about the pope’s pastoral approach and challenges many Catholics. The issue of whether some divorced and remarried Catholics might be allowed to receive communion is an example of how Francis’ understanding of conscience, mercy, and the Gospel is expressed throughout the exhortation.

The internet is full of reactions to The Joy of Love, some of which are very negative. There are personal attacks on the pope and his character, claims that the pope should stick to pastoral theology, assertions that only canon law can adequately address questions of family and morals, even questions about whether the pope is really Catholic.

On top of all these virulent detractors, there are many more commentators who claim that Pope Francis has said nothing new. But they could not be more wrong.

It’s true that there are no changes to doctrine in The Joy of Love. The church’s teaching on the indissolubility of marriage, same-sex unions, and artificial contraception remain the same. Pope Francis doesn’t even say anything new when it comes to Catholics’ conscience. What is startling is that Pope Francis is applying church teaching on conscience to people in “irregular” situations (the pope’s term for couples who are cohabiting, not married in the church, or divorced and remarried) in a way that has not been seen before.

Pope Francis recognizes that “many people feel that the church’s message on marriage and the family does not clearly reflect the preaching and attitude of Jesus.” It is clear in The Joy of Love that Pope Francis is dismayed that “most people in difficult or critical situations do not seek pastoral assistance, since they do not find it sympathetic, realistic or concerned for individual cases.” Instead, they too frequently encounter a pastor who feels that it is “enough to apply moral laws to those living in ‘irregular’ situations as if they were stones to throw at people’s lives.”

Pope Francis explains that while rules governing moral behavior are absolutely necessary, they cannot adequately provide for every circumstance. People’s lives are complex. The decisions they have to make are difficult. The wounds they have experienced and the situations in which they find themselves do not always align with the objective ideals of church teaching. And the pope does not want to add to this “a new set of general rules, canonical in nature and applicable to all cases.”

Instead, Pope Francis is calling for a true, prayerful discernment from couples in these “irregular” situations and from those priests who provide them with pastoral care.  And this pastoral care must take into account a person’s properly formed conscience.

The Holy Father notes that the church often “find[s] it hard to make room for the conscience of the faithful, who very often respond as best they can to the Gospel amid their limitations, and are capable of carrying out their own discernment in complex situations” (emphasis added). He then adds, “We have been called to form consciences, not to replace them.”

This definitely represents a shift in the way the church has applied teachings on conscience.

In The Joy of Love, he references two sections of the Catechism of the Catholic Church, both of which describe the difference between a sinful act and the guilt of a person committing that act. There are situations where someone who is committing an act that is objectively wrong can be understood as less guilty. Pope Francis makes it clear that these conditions also certainly apply to couples in “irregular” situations as well. Therefore, he writes, “it can no longer simply be said that all those in any ‘irregular’ situations are living in a state of mortal sin and are deprived of sanctifying grace.”

So a divorced and remarried couple is not necessarily deprived of sanctifying grace. And, on top of that, their consciences may lead them to conclude that their relationship, while perhaps not the ideal, is nevertheless “what God is asking [of them] amid the concrete complexity of one’s limits.”

Faithful Catholics may be divorced and remarried. In the honesty and sincerity of their informed consciences, they may both believe that this is the relationship God wants for them. And they may not believe that they can abstain from sexual intimacy for their rest of their lives without “faithfulness [being] endangered and the good of the children suffering.” Might, then, these Catholics receive absolution in confession and make their communion with God in the Eucharist?

Perhaps. They must have true “humility, discretion and love for the Church and her teaching, in a sincere search for God’s will and a desire to make a more perfect response to it.”

This is determined in an internal forum where a priest helps them discern their guilt and their relationship. The priest—and the couple—must come to believe that a fuller participation in the life of the church would help them to grow in grace and charity while not causing scandal.

When this couple comes forward for communion, the priest respects that this couple is “capable of carrying out their own discernment in complex situations.” He realizes, again, that he has been called to help form consciences, not to replace or dictate them.

Pope Francis knows full well that his focus on pastoral accompany will not please many. However, the conscience of the Holy Father has lead him to guide the church in this way. He believes that “Jesus wants a Church more attentive to the goodness which the Holy Spirit sows in the midst of human weakness, a Mother who, while clearly expressing her objective teaching, ‘always does what good she can, even if in the process, her shoes get soiled by the mud of the street.’”

The key to understanding Francis’ words in The Joy of Love—and indeed, his entire pontificate—is his views on mercy. According to Francis, mercy is what distinguishes a true Christian. “Mercy is the foundation of the Church’s life,” he writes in the Joy of Love. Everything the church does must be characterized by mercy. In clear rebuke to those who argue that the rigor of the church requires absolute obedience to all its teachings, Pope Francis writes, “we [the Church] put so many conditions on mercy that we empty it of its concrete meaning and real significance. That is the worst way of watering down the Gospel.”

Mercy, then, is what is unique about The Joy of Love. There is no change in doctrine here, only a fearless and Christ-like application of the church’s teachings on conscience. And an embodiment of Gospel mercy that has not been watered down one drop.