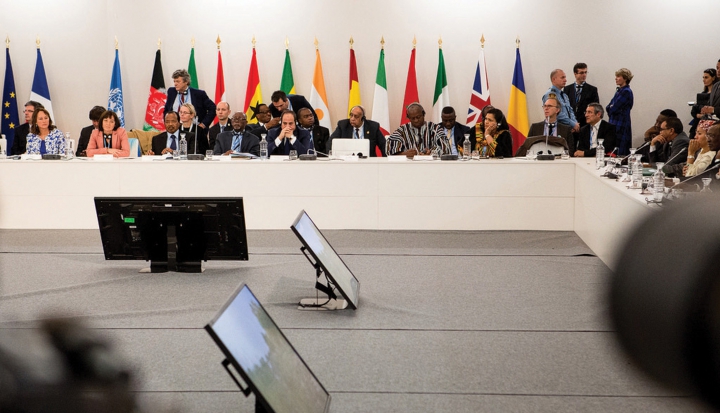 It’s been almost a year since the June 2015 publication of Pope Francis’ encyclical Laudato Si’ (On Care for Our Common Home) and, in that time, Pope Francis’ call for all people to take “swift and unified global action” to address the crisis posed by environmental degradation has spread across the world. Judging from the large turnout of respondents to our recent web survey about Laudato Si’, 530 in all, many Catholics feel climate change is an important and timely topic and Laudato Si’ a much-needed Catholic response to the global problem.

In fact, 85 percent of survey participants stated that they worry about the effects of climate change, and 89 percent said they believe that Laudato Si’ should be read by everyone, not just Catholics.

However, despite widespread support for the encyclical among Catholics—84 percent of respondents consider climate change an issue that should be addressed by Catholics—only 64 percent said they have actually read it. Even less—60 percent—say they have become more environmentally conscious as the result of Pope Francis’ call to action.

Many survey participants feel that most of this disconnect happens at the parish level. While 86 percent of respondents state that Catholics should model the way for others when it comes to stopping climate change, only 27 percent of participants say their parishes leaders have discussed Laudato Si’ with them. Furthermore, only 22 percent of respondents’ parishes have enacted programs to address the concerns Pope Francis raised . . . even though 95 percent shared they were aware of Laudato Si’s message when it was released.

Discussion about the encyclical at a parish level and environmental leadership among clergy is clearly something many readers feel is a priority; a large number of respondents believe, like Francis J. Breen from Maryknoll, New York, that “parishes are a prime location for increasing awareness of the encyclical and fostering action to address climate change and the many other ecological threats facing the human community.”

Many respondents shared suggestions as to how parish leaders could foster and grow Pope Francis’ call for action within their communities. Karen Conroy of Moon Township, Pennsylvania expressed that she feels parishes should encourage congregations to “form study groups to read Laudato Si’ and form a plan of action to implement steps to combat climate change,” a suggestion echoed by several. Quite a few people expressed that they had educated themselves on climate change and the various teachings of Laudato Si’, listing articles from National Catholic Reporter (particularly those from Jesuit Father Thomas J. Reese) and Catholic Climate Covenant as the most influential. Respondents also stated that they wished clergy would share such articles, along with suggestions for simple conservation practices, in their weekly parish bulletin.

Others—including Pat Brown from Aliquippa, Pennsylvania—feel that the impetus for action needs to begin at Mass. Brown writes that priests need to use “their homilies to encourage involvement and good stewardship [and take] an active part in education and practical applications of sustainability, recycling, etc.” Kyle LaLonge from Ontario, Canada agrees, sharing that clergy need to “ask what our parishes can and are willing to do to address Pope Francis’ challenge . . . because even the smallest changes lead to bigger actions.”

Respondents also suggested improving conservation practices at a very basic level, organizing diocesan-wide recycling programs, using nontoxic cleaning products, and eliminating the use of plastic and Styrofoam at church events. Congregation of Holy Cross Father Joe Tomei of Santiago, Chile suggests that “each parish can reduce the use of electricity by changing to more energy-efficient lightbulbs and by reminding the parishioners to take advantage of natural light.” Charles Morris of Westland, Michigan urges parishes to encourage carpooling and to install bike racks in front of their churches.

However, many survey participants feel that in order to affect real change in the reduction of our carbon footprint, we need to make an effort to appeal to our political leaders. Several respondents echoed Paul Schlachter from Miami in stating that Catholics need to personally urge “our representatives in Congress to support renewable energy initiatives.” Even more called for fellow Catholics to remember that 2016 is an election year and that we have an opportunity to, as Robert Irwin of San Lorenzo, California stated, “vote for politicians committed to taking actual actions to address the issue.”

To Gerri Wiley of Owego, New York, that means electing “leaders who act on behalf of life, not corporate profit.” Which, for many respondents, means supporting government policies aimed at combating poverty and the loss of life around the world. William Smith of Alameda, California urges fellow Catholics to support “policies that benefit lower income parishioners, such as affordable housing.”

While Pope Francis and Laudato Si’ have made great strides in bringing awareness to the reality of climate change, many Catholics feel personally charged to put a plan into action to address the problem. As Tessa Clarizio from Notre Dame, Indiana says, “Pope Francis called for an ecological conversion for the whole world . . . therefore, it is essential each and every person harbors some responsibility for climate change in all of their religious and personal communities.”

And it’s a change we plainly need to start fighting for now.

Laura Whitaker is a former associate editor at U.S. Catholic.