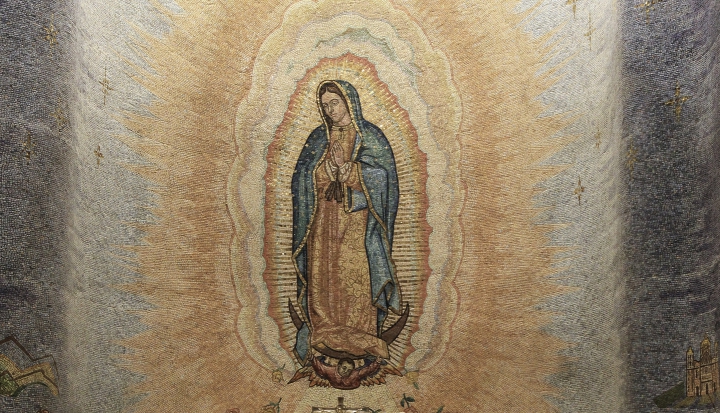 Growing numbers of Mexican Americans are converting to Pentecostalism from Catholicism, and some are bringing their devotion to Our Lady of Guadalupe with them. In many cases, this devotion occurs mainly in the privacy of the home, but Guadalupe’s religious and cultural importance cannot be stifled. Pentecostalism, which places great importance on the inerrancy of scripture, honors Mary’s role as the mother of Jesus but does not feel there is enough biblical evidence to give her any larger role in the work of salvation. The focus, Pentecostals believe, should remain on Jesus and the work of the Holy Spirit. However, whether they like it or not, Guadalupe is arriving with these new converts, leading to tension between biblical theology and the culture of believers.

This tension over Mary is not new. Protestants—the heirs of the European Reformation initiated by figures such as Martin Luther, John Calvin, and Ulrich Zwingli in the 16th century—have a complicated history with Mary, the Mother of Jesus. At the dawn of the Reformation, Catholic devotion to Mary was often seen as a form of idolatry, a view which continued to unfold throughout the centuries. They believed Christians should pray to the God revealed in Jesus Christ. Mary was a historical person upon whom God’s favor shined, and she should be admired and perhaps imitated. But anything more is a serious problem.

Looking at the hundreds of Protestant denominations, it is important for Catholics to realize that not all Protestants are the same. Anglicans/Episcopalians are different from Lutherans, Calvinists, Presbyterians, Methodists, and other “mainline” Protestant groups. These denominations are quite different from evangelicals, who differ from Baptists, and all of whom differ from Pentecostals.

There is renewed interest in devotions to and in a revered place for Mary within the Anglican and Lutheran traditions. This is due, in large part, to a growing Hispanic population. Communal devotions to Mary, in particular Guadalupe, have begun to appear more frequently in liturgy, song, and feast day processions. And while denominational leadership accepts neither Mary as a mediator nor Catholic dogmas such as the immaculate conception and bodily assumption, they do not publicly denounce these beliefs and instead prefer to see them as inconsequential for Christian life.

On the other hand, evangelicals, by and large, do not find enough warrant in scripture to condone a privileged place for Mary. She is the mother of Jesus Christ, so she is special, but she must not get in the way of a personal relationship with Jesus and personal acceptance of him as Lord and Savior. More importantly, she has no role in the larger work of God’s salvation through Jesus.

Since the Reformation, Protestant traditions have been shifting and changing. The present day is no exception. With migration and exchange between cultures and religious faiths, it is no wonder that the role of Mary is just as varied.