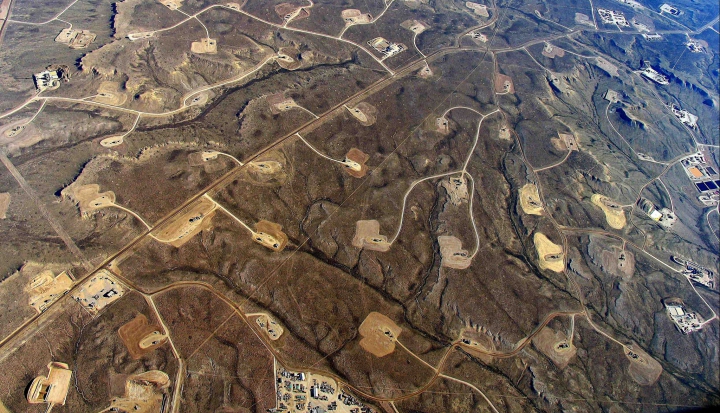 For the first time in decades the United States is approaching a level of energy independence considered impossible just a few years ago. The oil and natural gas “fracking” boom, coupled with an unusually warm winter and an Asian economic slowdown that has slaked the global thirst for oil, has translated into plunging oil prices. That means U.S. consumers have enjoyed home heating and gasoline prices at levels most thought they would never see again. With the ban on oil and natural gas exports lifted for the first time since it was implemented during the Ford administration, the United States is poised to again become a net exporter of these finite natural resources—an unheard of turnabout.

Sound too good to be true? Of course it is. That’s because no method of energy delivery is cost free. Some costs are upfront and obvious: new rigs, new pipelines, new hires. Other costs are harder to calculate, harder even to see, but they are no less real: private property seized under eminent domain or public land surrendered for pipelines; air pollution from production burn off; leaking gases at extraction sites or storage facilities; and pollution from, ultimately, the increased consumption of fossil fuels encouraged by low prices.

But while across the country the joy over low gas prices is palpable, folks in Oklahoma, Ohio, and other states are facing an unprecedented, unanticipated crisis.

Those states where fracking extraction has been heaviest have been experiencing a most unnatural disaster: earthquakes generated not by geological snaps along fault lines, but by the impact of the fracking process itself. Oklahoma historically experiences two temblors a year registering above level three on the Richter scale. That’s no longer the case in a state where fracking rigs and the disposal of millions of gallons of wastewater by deep ground injection appears to be destabilizing bedrock.

In 2014, according to the National Earthquake Information Center, Oklahoma shuddered under 585 quakes above level three. In 2015 there were 842. “That’s almost a millennium’s worth of earthquakes in two years,” George Choy, a seismologist at the center, told media. Seismologists warned that a number of significant temblors in January could signal a more dangerous seismic event to come.

Wastewater from fracking also includes unknown percentages and types of chemical solvents that are hidden from the public because they have been labeled trade secrets. Folks who live among fracking rigs will not know which solvents are undermining their topography. They will not be able to assess the long-term threat of fracking material leaching into their well water.

The deep imbalance of risk and reward emerging out of America’s late fracking boom stands as a counternarrative to the integral development Pope Francis proposes. Integral development requires that external and long-term costs are tabulated and that true social and ecological impacts are understood. The effects on people, civic relationships, and the protection of creation are as important on this balance sheet as any other ledger entry in establishing a reasonable, moral return on investment.

Fracking is development that does not build, but breaks relationships; that does not make, but breaks covenants; that does not restore or protect, but literally breaks God’s creation. Some are reaping windfall profits and many consumers benefit—at least in the short term—from lower prices; but other people have been unfairly burdened with earthquake risk and still uncertain threats to water supplies they count on for their families or livestock. And we are all threatened by the opportunity costs created by this last embrace of fossil fuel dependency as other nations move ahead of the United States in developing a sustainable energy future.