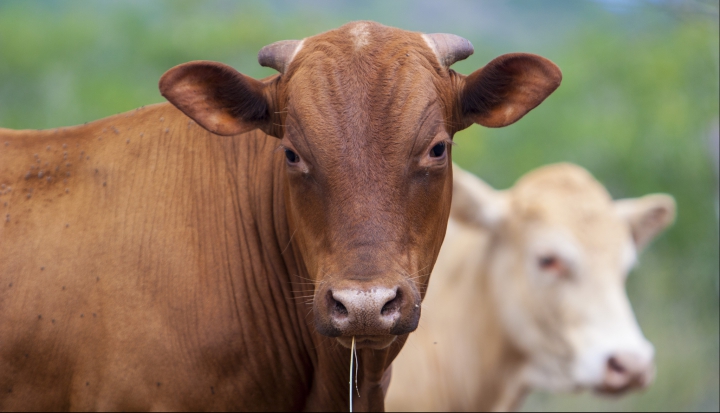 Just before the United Nations (U.N.) Climate Conference in Paris, musician Paul McCartney wrote to British Prime Minister David Cameron urging him to push widespread implementation of Meat Free Monday in government buildings, schools, and universities. The Meat Free Monday campaign encourages people to commit to a vegetarian diet one day of the week—not necessarily Monday—in order to protect the planet. McCartney argued that by going meat free just one day a week, “U.N. member countries can reduce their carbon emissions up to 2 percent per year.”

The average American consumes 270.7 pounds of meat per year, second only to Luxembourg in overall global meat consumption. According to the U.N. Food and Agriculture Organization, eating meat contributes more greenhouse gases to the atmosphere than either transportation or industry. According to some experts, at least 51 percent of human-caused greenhouse gas is livestock-originated, with cows being the biggest offenders. Perhaps counterintuitively, so-called “humane” meat is actually worse for the environment. Grass-fed cattle, for example, produce significantly more methane gas than their grain-fed cousins.

In light of the disastrous environmental impacts, which are only due to worsen as global population and food demand increase, there is a growing consensus that people must simply eat less meat. In his TED Talk, Brian Kateman offered the label “reducetarian” for “a community of individuals who are committed to reducing their consumption of meat and can encourage others to . . . simply eat less meat.”

Once Catholics were the paradigmatic “reducetarians.” Abstaining from meat on Fridays was once a distinctive marker of what it meant to be Catholic. In 1966 the U.S. Catholic bishops reaffirmed the importance of keeping Friday a day of penitential observance, but released Catholics from the traditional law of abstaining from meat under pain of sin. What many don’t know is that the bishops encouraged the Catholic community to “continue to abstain from meat by free choice as formerly we did in obedience to Church law.”

Compulsory fasting and abstinence traditionally were not only markers of Catholic identity but also helped link the church with its social mission to work for justice for the poor. Re-embracing Fridays as a day of abstinence from meat offers an opportunity for Catholics to link their own personal sacrifice with the critical need for ecological justice that Pope Francis has drawn our attention to in his encyclical Laudato Si’: “The urgent challenge to protect our common home includes a concern to bring the whole human family together to seek a sustainable and integral development.”

The penitential practice of abstaining from meat once a week is only a first step toward promoting a more sustainable future, although a critical one. A commonly recognized purpose of abstaining is “bridling the lusts of the flesh.” If it is true that our appetite for meat in this country is excessive—which many think that an average of 1/3 pound of meat each day per capita is—the weekly abstinence is an opportunity to curb this excessive attachment and to move toward a more moderate diet. In his encyclical, Pope Francis stressed the importance of developing “new habits” in response to the ecological crisis we face. He writes that “there is a nobility in the duty to care for creation through little daily actions.”

Reducing our meat consumption is just one such “little action” that Catholics and non-Catholics can both embrace to secure a better future for our world.