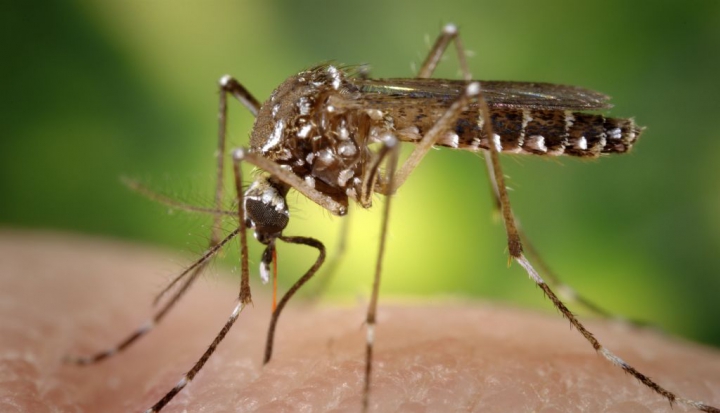 While the world’s focus has properly shifted to the plight of Syrian refugees pressing against Europe’s southern borders, the brutal conflict in Yemen has attracted far less attention. The conflict there, trudging into its second year, has proved a match with the Syrian civil war in terms of disregard for noncombatant immunity and wanton destruction of ancient sites and civilian infrastructure.
Who is winning in Yemen—the Iranian-backed Houthi tribe or the Saudi-supported Hadi regime—makes for interesting debate in foreign policy circles. The answer to that query bobbles back and forth week to week as the destruction of Yemen’s cities continues apace. But one clear winner in the conflict, identified by the humanitarian news agency IRIN, probably does not figure in State Department cables from Yemen’s beleaguered capital Sana’a: the region’s virus-enriched mosquitos.
With government resources devoted elsewhere and the conflict generating enough chaos to overwhelm what had already been marginal health services, mosquitos—and dengue fever along with them—have been allowed to proliferate. The dengue outbreak in the Yemeni city of Taiz has been especially bad. Thousands have been infected, leading to deaths that in peacetime might have been prevented, though reliable figures are hard to come by. Nearly a quarter of all Yemen’s medical facilities have closed down because of the conflict, according to the United Nations.
Emerging disease pandemics increasingly threaten global public health and world economies, according to the National Science Foundation. Its epidemiologists expect that five new diseases will emerge—and spread—each year. Even presumably beneficial alterations of the natural landscape can turn out to be opportunities for diseases. Pushing economic development in sub-Saharan Africa, nearly 80 dam projects are currently being blueprinted. A recent study reports that Africa’s existing dams are responsible for an additional 1 million cases of malaria. New dams may mean as many as 56,000 more deaths from malaria each year.
War is great for diseases looking for a chance to reassert themselves or seeking out new territory to capture. Dengue fever in Yemen, polio and measles in Syria, and malaria in South Sudan are all making strong comebacks. Even under the best circumstances vaccine programs aimed at stamping out measles and polio in Africa or the Middle East face profound challenges. In the drama and chaos unleashed by war, hard-won progress on disease is quickly surrendered.
The spread of disease can be accelerated by the conditions of conflict: bodies weakened by hunger or wounds, lack of access to decent medical care, and demolished government services and infrastructure. People forced to be on the move make great vehicles for viral deliveries, especially when they reach overcrowded refugee camps.
In 2014 Pope Francis deplored the small conflicts around the world, likening them to “a kind of Third World War being fought piecemeal.” The pope condemned leaders who stoked conflict for political ends and business execs who seek to profit from it. “War means children, women, and the elderly in refugee camps; it means forced displacement, destroyed houses, streets, and factories; it means, above all, countless shattered lives,” he said.
A Christian concern for the least among us and the Catholic call for solidarity pertain, of course, in pressing for the end of conflict. But there are also selfish reasons for seeking an end to the world’s piecemeal war. In an interconnected world—one becoming more amenable to tropical viruses because of climate change—disease outbreaks such as Ebola are as likely to disrupt lives and livelihoods in Texas and Florida as they are in West Africa or in the bloody landscape of conflict from which they may have emerged.
This article appeared in the November 2015 issue of U.S. Catholic (Vol. 80, No. 11, page 42).
Image: Flickr cc via Sanofi Pasteur
TagsEcological justice Margin Notes War and peace