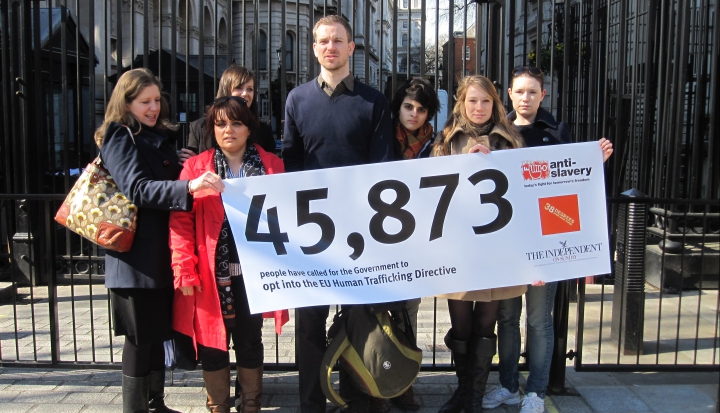 Pope Francis calls human trafficking “a crime against humanity.” In his December 2014 Declaration on the International Day for the Abolition of Slavery, Francis called on all people to help in ending this form of modern-day slavery. “Its victims are from all walks of life, but are most frequently among the poorest and most vulnerable of our brothers and sisters,” he said. “On behalf of all of them, our communities of faith are called to reject, without exception, any systematic deprivation of individual freedom for the purposes of personal or commercial exploitation.”

Many of us don’t realize how we perpetrate these systems of slavery. And it’s even harder to know how to address this global injustice. But we have an obligation to work toward the liberation of these most marginalized people. Here are seven simple steps you can take to make a difference in the lives of trafficking victims:

1. Educate yourself and others

Don’t let the massive scale and reach of this topic scare you away. Check out the resources at sistersagainsttrafficking.org/education. You’ll find age-appropriate curriculum for students as young as elementary school, as well as modules that focus on different aspects of human trafficking—including its root causes, how to reduce demand, and how human trafficking connects to poverty, sporting events, children, the objectification of women, and other issues.

Sex trafficking is one, especially insidious type of human trafficking. “It’s crucial that parents talk with their children about the reality of what pornography is and what it isn’t,” says Sister Terry Shields, a Missionary Sister of the Holy Rosary and president of the board at Dawn’s Place, a residential facility for women rescued from sex trafficking in Philadelphia. U.S. Catholic Sisters Against Human Trafficking (USCSAHT) has a module on human trafficking and pornography that can help frame the conversation.

While it can be tempting to jump up and volunteer directly with survivors, this isn’t always the most helpful solution. These women are trying to rebuild their lives and work through years of abuse. “We could have 10 volunteers at Dawn’s Place every day,” says Shields. “A lot of people are interested in the issue and want to meet survivors and hear their stories. But we have to be careful about that. It’s their house, and they are entitled to privacy.”

Even if you can’t volunteer directly with survivors, one of the most practical—and most appreciated—actions is to support local service providers, says Hilary Chester, associate director of the anti-trafficking program at the U.S. Conference of Catholic Bishops. Service providers echo that sentiment. “Just put a few bucks in an envelope and send it. That’s our pressing need,” says Shields.

Residential programs need “pretty much everything,” says Jeanne Allert of The Samaritan Women (TSW). Can you donate frequent flyer miles? Some survivors need a flight to reach a faraway program. Allert says, “If I had $10 to give to one of these women for her education, I’d do it in a heartbeat. Her gratitude is going to be 10 times greater than any amount I can give.”

Cash is good, but creativity helps, too: Chester recalls one parish group that put together hygiene kits for trafficking victims who were caught in a raid. They included a toothbrush, toothpaste, wet wipes, sanitary napkins, and deodorant, plus a few small treats.

Parishes are great places for conversations about ethical issues, says Chester. The U.S. bishops’ SHEPHERD program (Stop Human trafficking and Exploitation. Protect, Help, Empower, and Restore Dignity) offers a way for parishes to think about, discuss, and act on the issue of human trafficking. Visit www.usccb.org/stopslavery for more information or to order a toolkit.

Contact your elected officials to express your support or opposition to bills that deal with human trafficking. Visit sistersagainsttrafficking.org/take-action or polarisproject.org/take-action/action-center to learn about pending legislation.

“I’ve always admired the people who go out at night to do outreach to women on the street,” says John McKenna. “But I’m a real chicken when it comes to that sort of thing.” Instead, McKenna, who’s co-owner of Maryland Glass and Mirror Co., responded to a request from TSW’s Allert to help replace broken windows at a property that was to house survivors of sex trafficking. After the windows were replaced, McKenna remained connected to the organization.

“Once you’re there and you see what’s going on, it’s pretty amazing,” he says. Now McKenna serves as TSW’s board president. “There are a lot of ways to help, and service is something that you just have to dip your toe into,” he says. “Eventually the current will drag you along one way or another.”

Human trafficking can feel like an overwhelming, unconquerable, insidious reality—but prayer helps sustain people who are currently trafficked, as well as survivors and modern-day abolitionists who are in the trenches.

“What I want people to know is everyone is a child of God, no matter what they’re going through,” says Button, a survivor who recently completed her stay at TSW. “No sin is too great and no person is too far gone for God to reach.”

Traffickers, too, deserve prayer: “I find it fantastic that women will say, ‘I don’t hate the men who did this to me. I pity them,’” says Allert. Visit sistersagainsttrafficking.org/resources/prayer-resources for individual prayers and prayer services that address human trafficking. 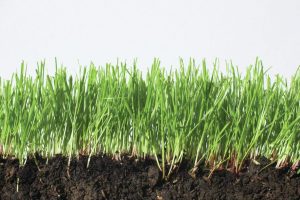