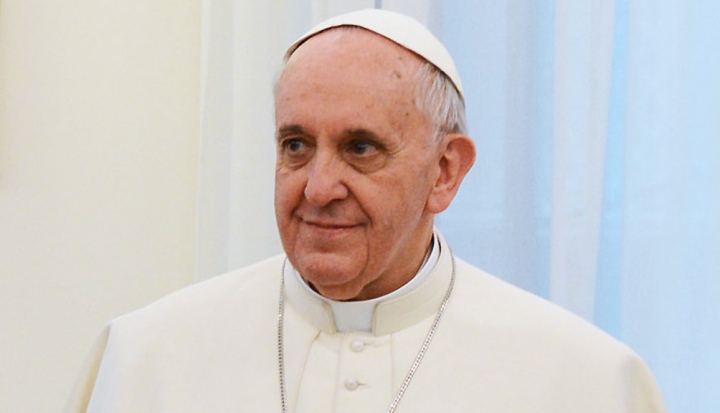 Pope Francis entered the papal conclave wearing the scarlet red of a cardinal and emerged in gleaming white. From where did this tradition arise? The old saying suggests that “good guys always wear white,” but have popes always done so?

The practice seems to have occurred more or less by historical chance. In form and function the robe worn by the pope outside of liturgical celebrations is much like any other clerical cassock. Simply put, it is a long medieval tunic based on the ordinary dress of earlier centuries when the clergy normally didn’t dress any differently from the laity. One pope even condemned clergy who dressed in a way that marked their status, insisting that it was by their holiness and learning that they should be known—not by their attire.

The first popes probably wore the common dress of their time, though increased power and prestige beginning in the time of Constantine caused that attire to become more regal in appearance. Later, like many clerics, they may also have worn academic gowns if they came from a university. Many of the liturgical and nonliturgical vestments used today have their origins in the everyday gowns and capes of earlier times, though some had political or academic symbolism attached to them.

It is believed that the white cassock became standard dress for the pope because of Innocent V, who was elected in 1276. He was a learned friar of the religious order founded by St. Dominic. As the first Dominican pope, he continued to wear the white habit of the order during his short pontificate. A professor of theology at the University of Paris, he was revered as an enlightened scholar and powerful preacher whose papacy sought peace and union with the Eastern Church. His renown must have affected his successors as it soon became common for the pope to appear in daily attire consisting of a white habit similar to the dress of the Dominican order.

Today the pope’s daily dress includes the white cassock and zucchetto (skull cap), as well as a white pellegrino or mozzetta (the short shoulder cape that is also part of the Dominican habit) and a white sash embroidered with his pontifical coat of arms. This is accompanied by a pectoral cross of his choosing. Depending upon circumstances and weather conditions, papal dress may be supplemented by a hat and full-length red cape.

The pope is not the only member of the clergy to wear white. In tropical regions, bishops and even priests can be seen in white cassocks due to the high levels of heat and humidity. And, of course, the Dominicans continue to wear their traditional white cassock, sometimes framed by a black cape fluttering in the breeze. Although its history is interesting and its use is subject to adaptation, one thing is certain: In his white cassock and zucchetto, the pope is immediately recognizable as the leader of more than a billion Roman Catholics worldwide.