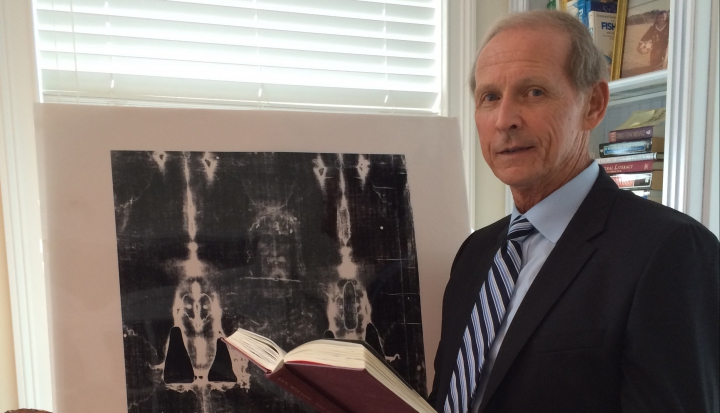 Editors’ Note: In the February 2015 issue of U.S. Catholic, author Michelle Bearden profiled five Catholic scientists who have found that faith has had a profound influence on their work. This web-exclusive piece compiled by Bearden shows that science can also point toward faith, as allergist Wayne Phillips explains how his scientific background has helped to advance the understanding of one of the church’s greatest unsolved mysteries: the Shroud of Turin.

My work as an allergist is really detective work. I take a meticulous history, finding “clues” from the details of the patient’s complaints. I am interested in timing, location, appearance; what worsens and what improves a person’s conditions. I then place this information into the workings of known scientific diagnostic methods and potential accepted treatment.

History-taking is an art form. The better one can pull information from patients, the more they can be helped. Unfortunately, all of this has to be done under time constraints and is sometimes quite challenging. Upon gathering the information I then develop a treatment plan, if one is needed, or I explain how allergy is not involved.

As a doubter, I started my long, slow journey to belief through science and my expertise with pollen. During my subspecialty fellowship in allergy-immunology, I had extraordinary training in pollen collection and identification, and I actually completed the first pollen identification studies in the Tampa Bay area.

This expertise allowed me to study the pollen data on the Shroud of Turin, a centuries-old linen cloth that bears the image of a man who had wounds consistent with crucifixion. Many believers have long thought the shroud to be the actual burial cloth of Christ.

Upon studying the data, I concluded that it was impossible to fake with such precision without the invention of the microscope. This conclusion of suggested authenticity of the shroud through pollen led to my lifelong quest to understand the rest of the science of the shroud.

The Shroud Science Group is my scientific hero. This is an international group whose members continue independent research out of their own pockets without compensation for their time and efforts, aside from occasionally publishing a book. The group seeks the scientific truth of the shroud, no matter if it’s pro or con. Their word and reputation as scientists are king. It is composed of all denominations, including agnostics.

I represent the Shroud Science Group as a communicator more than an investigator. My mission is to tell the world about the Shroud by conveying all the new science to the public. My target is especially the high school/college groups who will have their faith challenged soon.

In the 21st century, there is no longer a conflict between faith and science. Life with its immense complexity—DNA, the origin of the universe, the Big Bang, and even evolution —all fit quite nicely into my faith. The more we discover, the more we see life is not an accident.

But the shroud is unique to all this discovery. With its inexplicable image, not understood by the greatest scientific minds of the 21st century, it is the first physical, touchable, hands-on object to ever exist that almost completely scientifically proves our created—not accidental—existence.

The one lacking scientific experience is matching DNA. Otherwise, the proof is in! We are here for a reason.

As part of his education mission on the Shroud, Wayne Phillips offers an hour-long presentation including Q/A to civic, high school, college, and parish groups free of charge; for more information contact him at wayneshroud@ yahoo.com.

Wayne Phillips is an allergist in Clearwater, Florida and a member of the international Shroud Science Group.