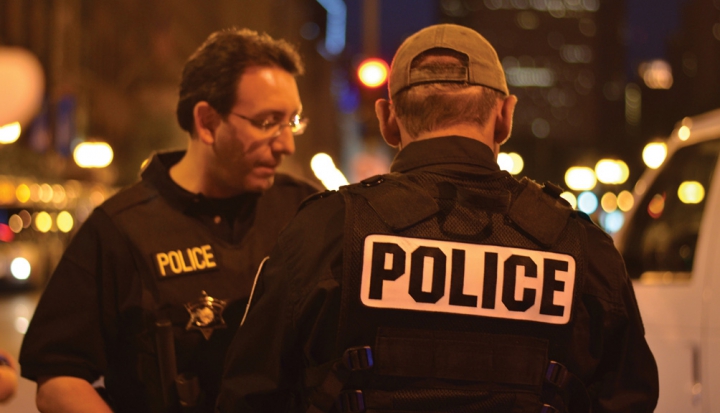 Calling police to deal with people suffering from mental illness is a recipe for disaster.

Recent police shootings of African Americans, including a 12-year-old boy and a young man “armed” with BB guns in the Cleveland area, along with the death of Eric Garner at the hands of a police officer on New York’s Staten Island, have provoked demonstrations across the country. These events have properly drawn intense scrutiny, suggesting the creation of a national movement against police brutality. But the shooting of Kajieme Powell by police in St. Louis has not generated the attention it warrants.

Powell’s death represents the worst-case outcome of confrontations that are becoming too frequent and too fatal: police called to respond to someone suffering from serious mental illness. According to media accounts, Powell had a history of mental illness. It’s clear that on the day of his fatal encounter with police he was acting erratically.

A 2013 joint report by the Treatment Advocacy Center (TAC) and National Sheriffs’ Association (NSA) estimates at least half of the people shot and killed by police in the United States have mental health problems. And as many as one third of officer-involved shootings are attempted “suicides-by-cop,” in which a person intentionally provokes an officer to shoot them.

Deinstitutionalization, one of the largest social experiments in U.S. history, has transferred thousands of Americans with mental illness from state institutions to their home communities. As institutions have been shuttered over the decades since deinstitutionalization began, there has been no guarantee that people suffering from mental illness have successfully reintegrated into the larger community. Many have ended up on the streets, self-medicating with drugs or alcohol. Others remain a heartbreaking burden on their family members, who are forced to deal with a loved one’s mental illness with little or disjointed social service support.

Lingering racism, institutional or personal, may be at the heart of some of the deadly encounters with police that have been making national headlines. That will be a difficult challenge to face, but most municipal police departments can respond to this untreated mental health crisis with better training and better support from society.

The TAC/NSA report urges the Department of Justice to collect more complete and detailed information on justifiable homicides. They also ask that mental health agencies be assigned the ultimate responsibility for the care of persons with mental illness in their communities, and they demand more widespread use be made of assisted outpatient treatment. That would keep at-risk individuals in treatment as a condition of living in the community in the 45 states where it is authorized.

People in the criminal justice system who suffer from mental illness should be able to find their way to treatment, not into jail or back onto the streets. In New York, Mayor Bill de Blasio launched an ambitious $130 million plan to divert nonviolent defendants with mental illness to treatment or supervised release programs before arraignment.

Despite the encounters that have proved so troubling and the misguided policies that often pit police against the community, most police across the country conduct themselves professionally. That said, there are officers out there who deserve to be off the streets because of their conduct or their unwillingness to embrace a “protect and serve” mentality. For the majority of officers who want to do their jobs right, serve their communities, and get home safely to their families, the larger society has to accept more of its duty to them.

Police don’t need to be armed with more lethal weapons, better tasers, or even body cameras. They need to be trained in how to de-escalate volatile confrontations that could prove fatal to one or both parties. Beyond that, more must be done to restore a minimum standard of mental health and family support services in the United States so desperate family members are not reduced to 911 calls to deal with mentally ill loved ones.