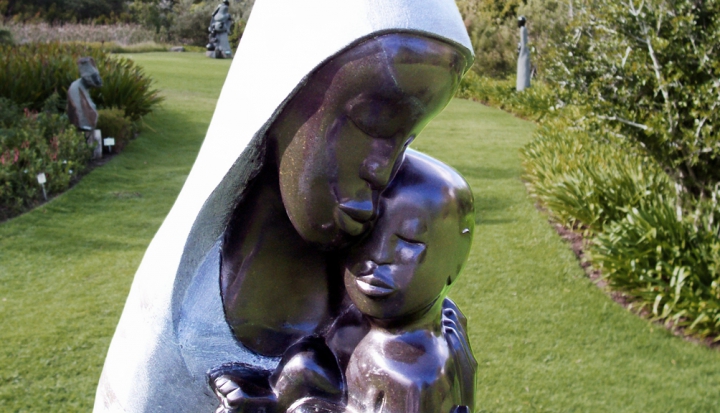 Most Christians are familiar with referring to God as Father, but can we call God “Mother”? Many places in the Bible and Christian tradition as well as theological voices answer this question affirmatively: God can be referred to as “Mother.” In fact, every recent pope since John Paul I has made some reference to the value of understanding God like a mother.

The Bible does not shy away from using female imagery—particularly related to birth and motherhood—to describe God. Isaiah 42:14 speaks of God “cry[ing] out like a woman in labor” with gasps and pants. Similarly, Isaiah 46:3–4 describes God as having carried the house of Jacob “from the womb.” In Numbers 11:12, Moses tells God that having birthed Israel, God (not Moses) should “carry [the nation] in your bosom, as a nurse carries a sucking child” to the Promised Land. In Isaiah 66:13, the Lord tells Jerusalem, “As a mother comforts her child, so I will comfort you.”

The biblical text uses images from motherhood to describe Jesus as well. Jesus’ lament over Jerusalem evokes a mother’s comfort and concern. He says, “How often have I desired to gather your children together as a hen gathers her brood under her wings” (Luke 13:34 and Matt. 23:37).

Early Christian authors also speak of the maternal nature of God. Julian of Norwich, a medieval English mystic, describes God as both Father and Mother: “God rejoices that he is our Father, and God rejoices that he is our Mother.” Anselm of Canterbury depicts Christ as a mother in a devotional prayer. For Anselm, Christ is “the great mother” who brought forth sons through his death and who comforts the frightened with his gentleness.

Understanding God as “Mother” and drawing on the maternal images of God found in scripture and Christian tradition illuminate important aspects of God’s character. We are reminded that although there are limits to every metaphor, God’s love, comfort, and care know no bounds.

TagsGlad You Asked Scripture Women in the church

Katherine Attanasi is a visiting professor of paideia at Luther College in Decorah, Iowa.