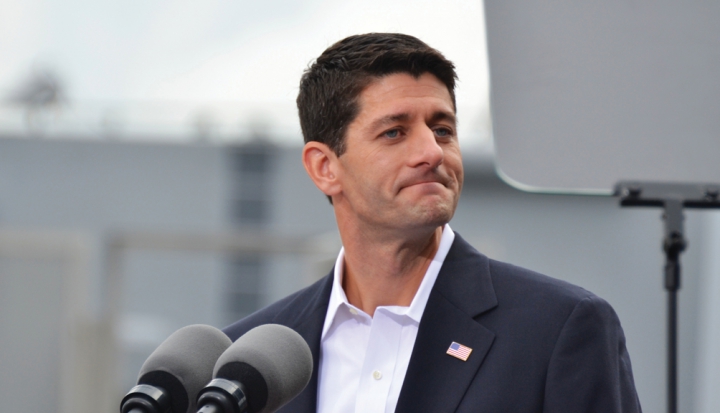 Paul Ryan says he has a cure for poverty, but the evidence says otherwise.

Pity poor Paul Ryan. Even as the Wisconsin congressman tries to reinvent himself as a conservative champion of the poor, he still finds a way to get into trouble with a speech about the pathologies of American inner-city life that sounded to critics a lot like coded references to race.

Even giving Ryan the benefit of the doubt, there is still plenty to question about his latest enthusiasm for tackling poverty in America. Ryan is following an oft-repeated prescriptive: Resolving the problem of modern poverty, and specifically breaking up cycles of generational poverty, requires diminishing—even dismantling—the social welfare system.

Ryan and like-thinkers believe the system is too generous. He argues that to truly help the nation’s underclass, its forlorn members must be ripped away from a system that is psychologically and spiritually undermining, crafting generations of dependency and dooming young people to lifetimes of poverty.

This sensibility offers the collateral benefit of requiring less from fellow citizens to “do good”: fewer programs to offer a leg up to the poor, tougher standards of eligibility for interventions like school lunches. It’s a win-win for everyone. It is better for the poor, who will be driven to their knees and begin pulling themselves up by their own bootstraps. It’s better for taxpayers, whose burdens will be lightened, and it is better for the national budget, which can then direct its tax-fueled energies—per Ryan’s recent proposals—to renewed defense spending.

But what if the problem with the nation’s approach to poverty reduction isn’t that it is spending too much on the poor, but too little? That it is not, in fact, dependency that produces cycles of generational poverty, but the lack of adequate early interventions? What if the way to get people out of poverty is to ensure that they have the healthy bodies and fortified minds that would allow them to compete and excel in the future?

Real-world experiments have already provided some answers. More than 40 years ago, researchers in North Carolina started following two groups of babies from poor families. Children in the first group were given full-time day care up to age 5 where the children were not only fed, but also given a chance to build social skills through interactions, games, and other stimulating activities. The other group was given nothing more than baby formula.

Scientists were interested in learning if the first group would show better cognitive development and educational outcomes over the long run. The participants’ cognitive performance diverged as early as age 3. By age 30, those in the enhanced-care group were four times as likely to have graduated from college. But to their surprise, researchers discovered an unexpected benefit: The better-supported group also turned out far healthier, with sharply lower rates of high blood pressure and obesity, than the children who got nothing.

The North Carolina study joins a growing body of evidence showing that investment in early childhood has lifelong implications. Here is a true virtuous circle: Better fed and educated children become adults who are more capable of poverty-breaking employment and without the personal health issues that would contribute to what is fast becoming the nation’s largest social burden—health care.

Like Rep. Ryan, the church has also worried about the soul-crushing potential of a suffocating social welfare bureaucracy. But in Catholic social teaching, our encyclicals’ authors probably had more the Soviet model of social suppression in mind than cheerful Swedish day care centers for working parents or programs that deliver daily bread to struggling families.

The church supports the appropriate role of the state in providing minimum effective standards of social supports for the least among us. It is not in the business of providing religious cover for government to do its least among them.