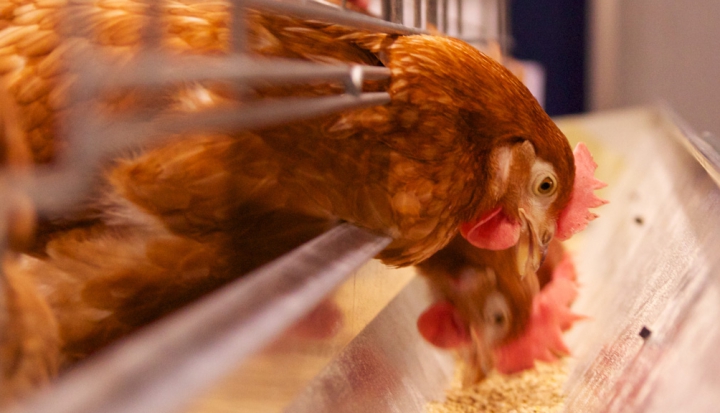 “We’ve gotten away from the real meaning of food, and the power of food,” Michael Pollan told us in a December 2013 interview. The famous food author has helped spur a movement encouraging people to return to using whole, real ingredients in home-cooked meals. He is known for touting a primary rule about food and eating: Eat food, not too much, mostly plants.

In our current food system, however, we can go to a grocery store and buy anything we can think of to eat, often with little information about where it came from or how it was made: everything from yogurt in a squeezable tube to countless pre-packaged dishes filled with additives. How have we arrived at this state in our food system? And what can we do to fix it? Pollan explains that in the face of a giant industry, change begins with our individual choices.

What has led us away from the real meaning of food? What could help us discover it again?

We’re being encouraged to eat this way by the market. The food manufacturers love us to snack because those are the most profitable products. They love us to eat. They want to be able to market to you, and separately then your kids, and then your husband. They want us to buy this up because they’ll sell more food that way.

We need to press against that to reestablish those connections. If you buy organic food or local food, you’re supporting a completely different food chain. All the life grown out of the soil is different in an organic farm, right through to people working in the food chain and up to your body. You’re linked with that food choice.

If you buy, say, grass‑fed beef, you’re supporting a kind of agriculture where cattle live out on grass and they’re not in feedlots and they’re not getting pharmaceuticals. It’s a different way of engaging with these animals that we depend on.

All this has been invisible because the industrial food system really doesn’t want us to see it. They want to control the story about our food, which is essentially how convenient it is, how cheap it is, and how good it tastes—but not the story of how it is made.

What are some of the biggest problems that you see with our food system?

One of the really big problems is that the business model of the food industry is to process food as much as possible. It’s very hard to make money selling whole foods. Farmers will tell you that all the time. You make a lot more money precooking it, complicating it, taking that yogurt and putting it in a squeeze tube for kids. That packaging adds so much more value than the work that the cow did, or whoever fermented it, or the bacteria.

This is not a good thing for our farmers. Of the average dollar you spend on food, 92 percent of it goes to the processors and the shippers and the packagers, and only 8 cents gets to the farmer. One of the reasons it is important to start buying raw ingredients and cooking is that more of your dollar will end up in the farmer’s pocket. That’s only fair because all our food comes from farms. Farmers need to be given a living wage so that they don’t have to rely on chemicals and drugs, and all the things that are going on in industrial agriculture.

Food manufacturers don’t have a compelling interest in our health. They have an interest in getting us to eat as much as they can. The way they do this is by stimulating our cravings, and using ingredients that are more or less addictive, like sugar and salt and fat.

How can we fix them or avoid these problems? Why should we?

Part of the reason to cook is to help rebuild the farm economy. I don’t think that’s a small thing at all. It’s really important to get us off of this very unsustainable agriculture that we have, with the need to over‑process and the way that corporations shop, which is to say for very cheap raw ingredients which they then improve with salt, fat, sugar, and additives.

Getting off of that highly‑processed, industrial food chain does a lot of things for people’s health. In fact, the single most important thing about your diet is not what nutrients are in it, good or bad, but who’s cooking it. Is it a human being or is it a corporation? If it’s a corporation, there’s a very good chance you’re going to be struggling at some point with your weight, with type two diabetes, and with all the chronic diseases linked to diet.

Even when they’ve gotten into healthy food, such as low‑fat foods, which was the craze for the last couple decades, the corporations just added more carbohydrates to make those foods acceptable, and people binged on low‑fat foods. In fact, the advent of low‑fat food tracks very closely with the rise in obesity, so it didn’t turn out to do us any good.

I also think that there’s an issue of animal welfare and animal mercy that needs to be addressed. Most large food companies buy the cheapest meat they can find. To raise meat cheaply involves a certain level of brutality, from what I’ve seen. I’ve been on a lot of feedlots and hog confinement operations and chicken houses. The industrialization of animals is a brutal process. That’s something that I’m not comfortable supporting. I spend a lot more money on meat, when I eat meat, to eat meat that’s been raised humanely and consistently with my values.

That’s one of the biggest challenges of eating industrially: Is the way this food is being produced really reflective of your values? Everything we do should be reflective of our values, and very often food production is not. The use of chemicals and pharmaceuticals in food production, too, is an enormous public health problem. Those are big problems.

The great thing is, we have alternatives. We’re not stuck with this, and we don’t have to wait for the government to fix it. There are now options. Even in conventional supermarkets, you can find organic food. You can often find local food. You can find humanely‑raised eggs or chicken. And you’re going to see a lot more of that.

The challenge is, it tends to be more expensive, and not everybody can afford it. That’s important work we need to do, to democratize the benefits that the good food movement. We’re not all going to make the same choices. Some people don’t think animals have souls, and they’re not troubled by industrial meat production. That’s OK, but they should know what it is, and see how they feel about it.

This is a web-only sidebar that accompanies the article, “Something to chew on: How cooking can create community,” that appeared in the December 2013 issue of U.S. Catholic (Vol. 78, No. 12, pages 28-32).