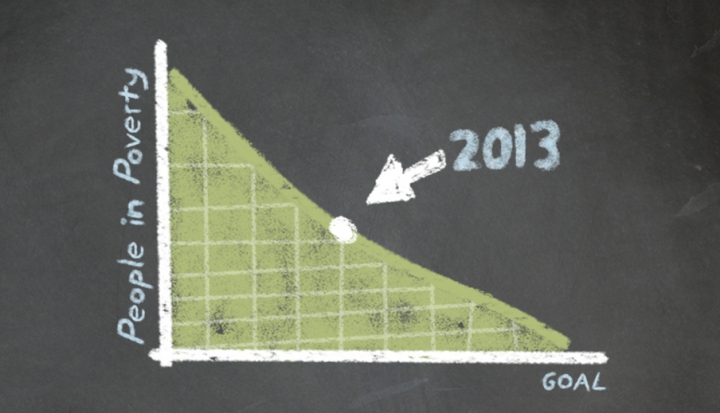 An end to global poverty and suffering is in sight, but much more work remains.

In a world awash with suffering and sorrow—the ongoing humanitarian catastrophe that is Syria comes quickly to mind—there is often little opportunity to comment on any good news. But human progress, however unsteady, should be acknowledged and celebrated. And in September there was some good news during the 68th United Nations General Assembly.

A status report was issued on the global Millennium Development Goals (MDGs) and, though serious lapses and challenges remain, there was a lot of positive news. Begun by the United Nations in 2000, the ambitious effort intended to cut a number of measurements of global poverty and human misery in half by 2015. As the clock is winding down, this good news is especially important.

According to this most recent progress report, since 2000 the proportion of people living in extreme poverty (on less than $1.25 a day) has been cut in half, and more than 2 billion people gained access to improved sources of drinking water. Strong gains were also reported in efforts to combat HIV/AIDS, malaria, and tuberculosis. Mortality for children under age 5 has been cut from 12 million in 1990 to 6.9 million in 2011. The U.N.’s hunger reduction target is within reach, and the proportion of people living in slums in the developing world is declining.

In related news, the U.N.’s International Labor Organization reported that the number of child laborers worldwide has fallen by a third since 2000. There were almost 78 million fewer child laborers in 2012 than in 2000, and the total number of children in hazardous work declined by more than half.

Those numbers mean, however, that there are still nearly 168 million child laborers, including more than 85 million trapped in the worst forms of child labor—forced into slavery, trafficked into the sex industry, exploited in the drugs trade, or working in dangerous mines or manufacturing sites.

The success of the MDGs has been uneven. Many nations that committed to supporting the goals—thereby committing themselves to substantial increases in annual disbursements of foreign aid—have never completely followed through. Owing to years of global upheaval, many Western states have faced a steady erosion of support for foreign aid, never strong to begin with.

Considering how close the world is to significant breakthroughs in health, education, and other standard measures of economic and social progress, this is especially tragic. After all, despite the stress of the current economic crisis, many Western states can still give out of their surplus to those living in abject need, especially when those needs are prioritized over the high levels of global spending on defense.

U.N. leaders are already looking beyond 2015. President of the General Assembly John W. Ashe said the post-2015 agenda “will completely redefine the concept of development as traditionally understood, rooting it in partnership, cooperation, equity—both social and generational—peace, good governance, and economic growth based on environmental sustainability.” That description sounds an awful lot like the sociological recipe for the church’s understanding of “authentic development,” memorably proposed by Pope Paul VI’s Populorum Progressio (On the Development of Peoples) in 1967.

Indeed, the church has long insisted that affluent states are obligated to maintain a preferential option for the poor both within and beyond their borders. And Pope Francis has begun a vigorous revival of the church’s attentiveness to protecting human dignity and relieving the miseries of the poor.

There will be much more to do after 2015, but for the first time in human history a serious case can be made that extreme poverty and the degradations and suffering which accompany it may be eliminated in our lifetime. And with a prophet like Pope Francis urging us on, much that had seemed implausible suddenly appears joyfully attainable— even inevitable.

A reflection for the twenty-ninth Sunday in Ordinary Time 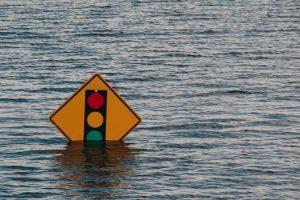